Anthony Albanese on China – What next on the human rights dilemma? 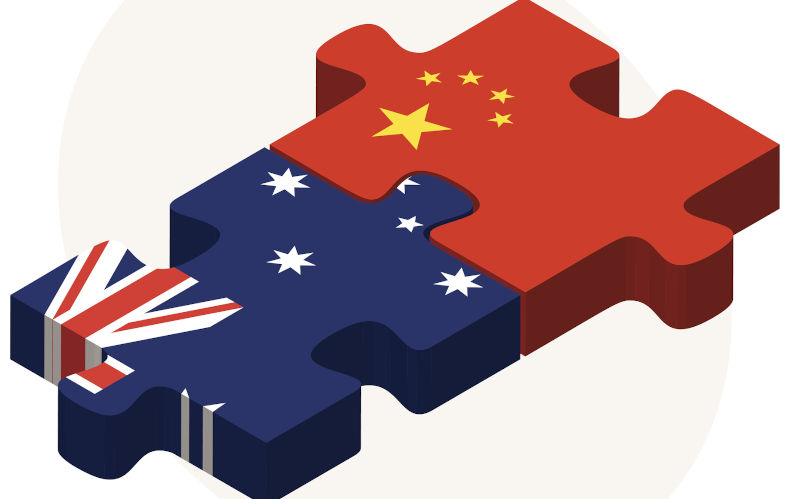 China is reported as undemocratic, persecuting Tibetan and Uighur minorities, incarcerating Hong Kong separatists, and having border skirmishes. But many other countries fit that label too, yet we court them rather than shun them. A notable example is Myanmar, where Australia refuses to join other Western nations in imposing sanctions on the military junta for its genocide against Muslim Rohingyas. Until last year, Australia gave military assistance to the regime.

According to Freedom House of the 195 countries and territories in the world, 52 are not free and 82 are free. The balance of 59 is partly free. We trade with almost all of them (the exception now is Russia which has been sanctioned over its brutal invasion of Ukraine). (https://freedomhouse.org/report/freedom-world/2021/democracy-under-siege)

As for marginalising minorities, Minority Rights Group International ranks the worst offenders as being African and Middle Eastern nations. In Asia the worst abusers are Myanmar and the Philippines though most countries don’t have a clean slate. Again, we have no qualms about trading with them. (https://peoplesunderthreat.org/) On secessionism, all continents of the world are torn by this. Within Asia alone there are at least ten countries whose armies are repressing revolts by sub-national regions which because of racial, religious, or cultural difference want independence. Besides China, they include India, Indonesia, Malaysia, Myanmar, Nepal, Pakistan, Philippines, Sri Lanka, Thailand, and Vietnam. Again, we have not broken off trade relations with these countries. (https://en.wikipedia.org/wiki/List_of_active_separatist_movements_in_Asia)

On territorial disputes across the globe, the list is long and ever-changing. There are now more than 150 national disputes that involve territory, mostly in Africa, Asia, and the Pacific region, but also in Europe and the Americas. (https://en.wikipedia.org/wiki/List_of_territorial_disputes) Besides Taiwan some of the other most contentious borders are Senkaku (Diaoyu) islands, The East China, South China, and Yellow Seas, Kuril Islands – Kraternaya Bay, The Korean peninsula. Western Sahara, Antarctica, Israel/Palestine and Somaliland. (https://www.britannica.com/list/8-hotly-disputed-borders-of-the-world). Again, such disputes don’t prevent us from having economic relations with the disputants.

Finally, China does not consider human rights in terms of individual freedom of expression, but rather material well-being and social harmony. It points to the United Nations Human Development Index, where it rates well ahead of most developing countries including India, Indonesia, Bangladesh, South Africa, Egypt, and Fiji to name a few. The HDI quantifies a country’s “average achievement in three basic dimensions of human development: a long and healthy life, knowledge and a decent standard of living.”

So, if autocracy, marginalised minorities, secessionist crackdowns, and border disputes don’t stop us from having cordial relations with other countries why has public opinion turned so hostile to China? The latest Lowy Institute Poll shows that almost two in three Australians think China is no longer an economic partner but a security threat. That’s almost a complete reversal of public opinion from two years ago. The Morrison government not only convinced Australians that China’s trade sanctions were unprovoked, but that China has military ambitions like pre-war Japan.

Because Russia and China at the Beijing Winter Olympics agreed to extend their 20-year-old friendship and cooperation treaty, China is now seen as a partner in crime because it won’t condemn Russia’s subsequent invasion of Ukraine. Ukrainian President Volodymyr Zelensky said that he was satisfied with China’s policy of neutrality since it does not involve helping Russia’s invasion. The fact that India, a member of the Quad diplomatic network, has a “Treaty of Peace, Friendship, and Cooperation” with Russia and takes the same stance as China on Ukraine is not only overlooked but excused. The Quad is “committed to supporting a free and open Indo-Pacific that is inclusive and resilient” which is code for offsetting China’s influence in the region.

Is China another Russia?

China’s motive for not denouncing Russia’s aggression is security related (it wants Russia to remain a bulwark against NATO forces). Also, Western sanctions have conveniently reduced Russia to a mendicant of China. India’s reason is that Russia arms it against Pakistan and supports its claims to Kashmir. Whereas the West excuses India’s ambivalence as benign it condemns China’s position as threatening by drawing a parallel between Ukraine and Taiwan, though the latter is not a sovereign state.

Nevertheless, China is losing this propaganda war to America which under President Joe Biden and his Secretary of State, Anthony Blinken, seeks to redefine the world as two blocs; a Russian-Chinese autocratic axis versus a US-led democratic alliance trying to uphold the world order. It will be difficult for Albanese to defy this narrative, especially after the NATO communique labelled China as a security threat. Albanese’s support for NATO’s position was blasted by China’s state media which says it now makes it difficult for China to reset its relations with Australia.

This follows China’s positive overtures to Australia by welcoming Albanese as PM, restoring ministerial-level communications (both countries’ defence ministers recently met in Singapore), and its media outlet calling for improved relations to mark the 50th anniversary of Gough Whitlam’s government recognising Beijing, not Taipei as the legitimate ruler of China.

Since 2000, China’s defence expenditure as a share of its GDP has hovered at or below 2 percent. In comparison, US military spending averaged almost 4 percent of GDP from 2000 to 2020. If China sought conquest, it would match Russia’s relative military spending which in 2020 exceeded America’s. (https://chinapower.csis.org/military-spending/)

The current attempt by Albanese to equate China with Russia is inflammatory. If China had imperial ambitions, it would already have conquered Mongolia, a country 2.6 times the size of Ukraine, resource-rich (like Australia), but with a population of only 3.3m and one of the smallest armed forces in the world. And a democracy to boot, notwithstanding being wedged between Russia and China. It was part of China before Russia carved it out as a separate state in 1921. Instead, China respects Mongolia’s sovereignty even though it has occasional diplomatic spats (such as when the Dalai Lama visits). If China coveted Australia’s resources, it would seize Mongolia’s first.

President Xi in 2021 told a mass rally “​The Chinese people will absolutely not allow any foreign force to bully, oppress or enslave us and anyone who attempts to do so will face broken heads and bloodshed in front of the iron Great Wall of the 1.4 billion Chinese people.” It channeled President Trump’s speech to the United Nations ​in 2017 where he labelled Kim Jong Un, North Korea’s leader, as “rocket man” and warned that “The United States has great strength and patience, but if it is forced to defend itself or its allies, we will have no choice but to totally destroy North Korea.” Other world leaders might not use the same language, but they hold the same sentiment when it comes to defending their national security.

Except for warning potential invaders, Xi’s speeches are about fostering global cooperation and peace, respecting national sovereignty, not interfering in internal affairs, and urging America not to start a second cold war. That’s in sharp contrast to President Putin who justified invading Ukraine not only because it wanted to join NATO, but because it belonged to Russia under the Tzars.

Percy Allan AM is chair of the Evidence Based Policy Research Project. He is also a Visiting Professor at the Institute for Public Policy and Governance, University of Technology Sydney. He was formerly Secretary, NSW Treasury and Chair, NSW Premier’s Council on the Cost and Quality if Government.