All pathways to AUKUS submarines sub-optimal 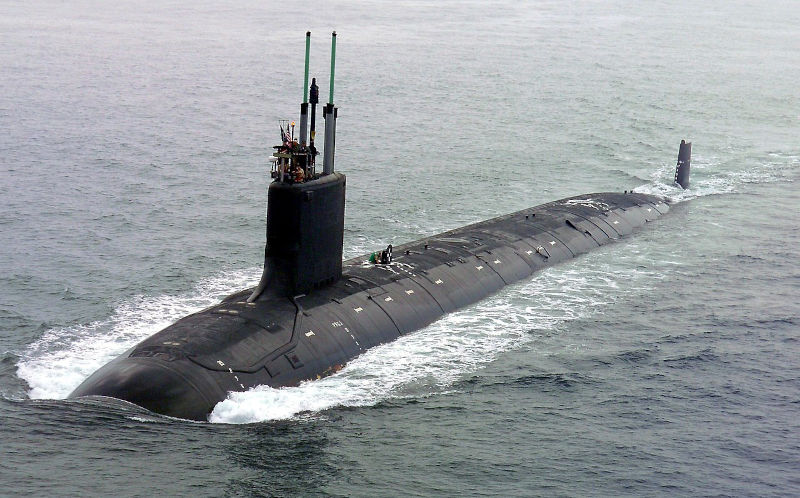 It is difficult to reconcile the public documents and statements relating to the AUKUS nuclear-power submarine project. Unlike the usual procurement process the defence policy justification is opaque, the schedule and costs are unclear, and the implications for Australian industry vague.

Industry considerations arise in relation to both existing US and future Australian capacity and they are interlinked. It appears that long appreciated challenges in the US submarine construction base might make construction of the Australian submarines in America impractical, and make support and maintenance a difficult proposition. On the other-hand statements by the present government concerning the implications the project will have for Australian industry lack detail.

At the AUKUS partnership launch, the then Prime Minister said there would be an 18 month consultation process on the submarine acquisition that “will include an intense examination of what we need to do to exercise our nuclear stewardship responsibilities here in Australia”, adding Australia will “build these submarines in Adelaide, Australia, in close cooperation with the United Kingdom and the United States”. Subsequently, he explained that “Next generation nuclear-powered submarines will use reactors that do not need refuelling during the life of the boat” and this was the change since 2016 that meant “A civil nuclear power capability here in Australia is not required to pursue this new capability”.

Notwithstanding the clear indication that the submarines would be built in Adelaide, the question of whether submarines will be purchased directly from the US is ever present. Opposition Leader Peter Dutton has said repeatedly that America could sell or lease submarines to Australia, and debate in recent days has centred on letters from members of the US Congress to President Biden on the issue of whether the US has capacity to build submarines for Australia given the problems the US is experiencing meeting its own Virginia class submarine production target of a minimum of two submarines per year. This debate seems to have been sparked by Australian officials.

The US Chief of Naval Operations’ (CNO) Report to Congress for fiscal year 2023 stated that “Nuclear powered ship production, a unique capacity with little to no opportunity for commercial or dual use production, is provided by two private shipyards that are currently facilitised and certified to construct nuclear powered ships and will be at capacity for the next 15 years”. The CNO said that “To meet the additional demand for submarines, the department increased submarine industrial base capacity investments by $2.4B over the FY2022- 2026 program”.

Just three months after the AUKUS announcement Biden signed an executive order designed “to strengthen the U.S. submarine industrial base for the purpose of increasing production of Virginia-class submarines” because “United States industry cannot reasonably be expected to provide the capability for the needed industrial resource, material, or critical technology item[s] in a timely manner”. Biden acknowledged it was necessary “to expand the domestic production capability” and “avert an industrial resource or critical technology item[s] shortfall that would severely impair national defence capability”.

These reports set the context for the concerns expressed in the letter to President Biden from US Senator Jack Reed, Chairman of the Senate Armed Services Committee, and former senator James Inhofe. Reed and Inhofe said they “have grown more concerned about the state of the U.S. submarine industrial base as well as its ability to support the desired AUKUS SSN [nuclear sub] end state”. They wrote that “Just as the submarine industrial base constraints are real, so are statutory and regulatory constraints”.

The letter was apparently sparked by a briefing from the AUKUS consultations working group. The senators were apparently alarmed by “AUKUS options that would have the U.S. transfer or sell Virginia-class submarines prior to meeting [the Chief of Naval Operations’] requirements”. This sounds as though the construction or leasing of Virginia-class submarines, either constructed in America or currently in the US inventory, was suggested by the working group. If so, that would be at odds with building the submarines in Adelaide.

The Defence Minister, however, has given no indication that that the nuclear-powered submarines would not be built in South Australia. To the contrary, he has stated the project “will require the industrial base of the whole nation”. Moreover, the eventual aim is to establish “a seamless defence industrial base” with America, and for Australia to be able to make its own “contribution to the net industrial base of the three [AUKUS] countries”.

We will have to wait until March until the ‘optimal pathway’ is revealed. But at present the indications are that construction in America is highly unlikely within decades and that to see the US industrial base replicated in Australia is very ambitious. American industry is unlikely to transfer the industrial and technological capability and skilled work force to Australia that it is presently struggling to maintain in the US. Therefore, establishing an industrial base in Australia capable of building, supporting, and maintaining nuclear-powered submarines will be necessary.

Out of AUKUS America got largely unfettered access to Northern Australia for nuclear-armed and conventional forces and to preposition materiel. For its part Australia became entangled in an undefined process that may or may not deliver submarines before 2050. A project where the costs, risks, and schedule are still undefined as are the strategic benefits. There maybe a sound way forward for this project that makes prudential and policy sense, and delivers a good outcome for Australian citizens. But it looks hard.