Following the summer bushfires, the COVID-19 pandemic has smashed even further the livelihoods and the lifestyles of many Australians. The hit to the national economy will be comparable to that of WW2.

Australia has not been at war. Yet millions of Australians are significantly less secure now than they were six months ago. And if our citizens are not secure, how can the nation be secure?

People around the world no longer feel safe. Nor are they confident that their governments can keep them safe. For the individual citizen, security now has more to do with a decent and fulfilling life than with fighting wars.

Social inclusion, the protection of rights, the promotion of values and resilience – all of them supported by a strong economic base – are basic elements of security policy.  The scope of national security policy needs to transcend traditional defence and law enforcement models by comprehending climate change, human security against pandemics, environmental (and soil) degradation, food security, water shortages and refugee flows – to identify just a few issues.

An evolved national security policy must resolve a set of intersecting binaries that constrain national well-being rather than promoting it.

First, the relationship between the citizen and the state needs to be redefined, especially in a world where more people want protection from the state rather than protection by it.

Second, we need to move from the reactive planning model to a proactive one that deals with threats by preventing rather than defeating them.

Third, we need to replace the ‘control’ mindset with one of empowerment – less enforcement and more encouragement.

And fourth, it is important that the ‘intervention’ focus of public policy design is tempered by an emphasis on ‘prevention’.

The well-being of both the citizen and the state is the goal of all sound policy. Traditional security thinking fails to deal with the emergent existential threats to human security that are not amenable to solution by military forces. 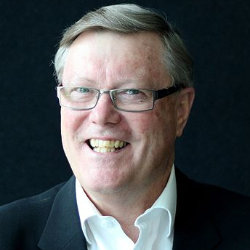