Of the various national groupings, political (EU), economic (EFTA), religious (OIC), or linguistic (ex-colonies) that of the Anglophone countries, exemplified by the FIVE EYES intelligence sharing, is unique – its members being so similar yet so different.

Four are Constitutional monarchies with parliamentary government determined by control of the Legislature Chamber, three use the antiquated FPtP electoral system, two have PR/STV and one compulsory voting.

However, in three of the Anglophone countries there is a commonality which made the election of Trump, Morrison & Johnson inevitable – the utterly dishonest coverage of politics, economics and environmental deterioration by the Murdoch media.

The Moir cartoon in the SMH on 14-15 December 2019 showed PM Morrison claiming that there were no climate deniers in his government which seemed to be a comment on Murdoch’s identical claim earlier in the month that there were none in his employ.

In the UK & Australia the papers read by the majority in a common demographic is Murdoch controlled – in the UK the Sun, the Herald-Sun (Melbourne) and the Telegraph (Sydney).

In those cities there is a choice but elsewhere – eg Adelaide & Brisbane – a Murdoch paper is the only daily.

Apart from the AFR, the Australian is our only national paper, selling fewer copies than the either the SMH or Age in their capitals.

In the USA the Murdoch press is less dominant but his influence is even greater due to the reach & effect of the FOX network.

The FOX effect was best demonstrated after the Twin Tower attacks when a majority of people surveyed believed that Iraq – specifically Saddam Hussein – was responsible.

The Washington Post reported a Stanford study in 2003 which showed –

Those who receive most of their news from Fox News are more likely than average to have misperceptions.

In the UK the level of misinformation, the notorious “dodgy dossier”, over the WMD rationale for the attack on Iraq was similar when sources were compared, viz-a-viz the SUN and the BBC.

This was also the case in Australia when comparing the Murdoch press with (then) Fairfax or the ABC.

Despite such deliberate and determined beating of the war drums the run-up to Iraq II saw some of the largest protests since the 70s demonstrations against the Vietnam War. To no avail.

All the “reasons” given for that baleful engagement, from the Domino Theory to the Gulf of Tonkin Incident, have since been shown to have been untrue.

They were promulgated with malice aforethought, as many at the time pointed out.

As many now say about our current dilemmas.

If this sounds like ancient history, from “the Past, where they did things differently”, consider the Australian 2019 election campaign.

The traducing by the Murdoch media of non Coalition policies ranged from “free drugs in schools” (Greens) to Death Tax, War on Tradies, ute confiscation, $375B extra taxes (still being repeated) etc (Labor).

These and similar “terminological inexactitudes” can be assumed to have had an effect on the perceptions, beliefs or opinions of those readers for whom they were the main sources of misinformation.

Until the advent of social media, it was generally believed that the majority of people obtained their news from commercial TV, given that ABC/SBS combined rarely had more than 15% of audience share.

It is difficult enough to raise and debate important issues & ideas without a major section of the media committed to misrepresentation and outright lies.

The power of Murdoch to set the parameters of acceptable discussion lies not only in the control of more than 70% of the press.

It is now augmented by the (barely watched) SKY After Dark creature feature shows with the usual suspects, from Peta Kredlin & Alan Jones to dubious ex-”Labor’’ mouths for hire.

Despite an audience generously guestimated at fewer than 70K, the talking points, parameters of debate and the constant churning of fake news has put even the ABC in the invidious and ultimately unviable position of feeling the need to use so many Murdoch/IPA personages on RN Breakfast & Drive, Insiders, Drum or QandA.

When public opinion is formed, not from honest debate but tendentious mendacity and outright untruths, we cannot pretend that all opinion is valid when so much is demonstrably false and meretricious.

Democracy is predicated on the consent of the governed which surely requires that accurate information be available.

This can no longer be taken for granted when a single entity controls so much media, not just domestically but internationally.

The untruths which are now so common in the public domain are not there by accident – they don’t fall as the gentle rain from Heaven.

It is intentional, targetted and for the benefit of a very small part of the population.

It is commonly claimed by the myrmidons of Murdoch that the ABC (and BBC – see James Murdoch’s wild claim to the House of Commons committee after the scandal which led to the demise of News of the World) is an unfair competitor because it is taxpayer funded whereas their product is not.

In fact we pay far more for commercial media through the advertising cost (tax deductible) for dubious products & services, not infrequently deleterious, than we do for the ABC.

Not only are the populace misled and nudged into voting against their own best interests but charged twice over for the privilege. 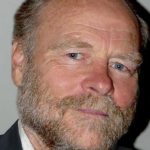