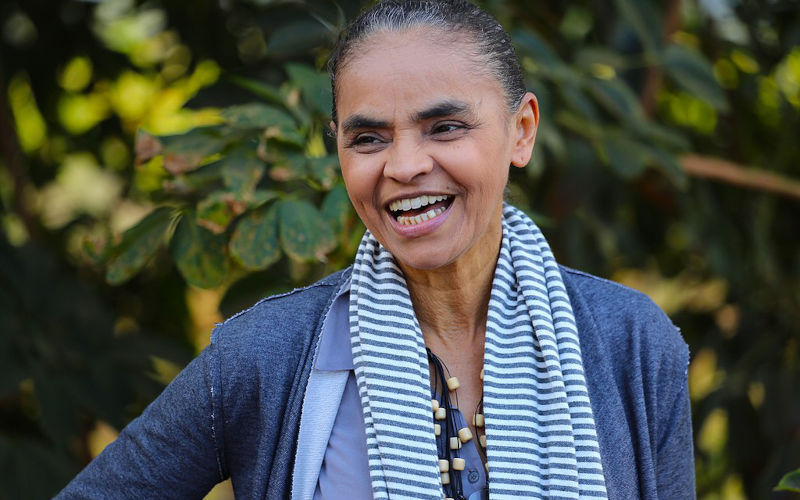 “Lula’s win was a win for the Amazon,” one global human rights leader said of his environment and Indigenous ministers.

Environmentalists and rights advocates around the world are celebrating Brazilian President-elect Luiz Inácio Lula da Silva’s selection of Marina Silva and Sônia Guajajara to serve as the nation’s environment and Indigenous ministers, respectively.

Lula, who is set to be sworn in Sunday after defeating right-wing President Jair Bolsonaro in an October runoff, confirmed the appointments Thursday, sparking a flood of applause and hope about what they signal for the leftist leader’s return to office.

“Long live the strength of these women! Our forests are once again given the respect they deserve.”

Since his 2019 inauguration, Bolsonaro has faced intense international condemnation for failing both the Amazon and Indigenous people through policies that critics argue encourage not only destruction of the rainforest but also attacks on its defenders.

Under Bolsonaro, the Brazilian Amazon has seen record deforestation driven by agribusiness and other damaging industries. Recent research warns parts of the biodiverse rainforest may have already reached a key tipping point and never recover from shifting to savanna—which would have global consequences, given how much planet-heating carbon dioxide the Amazon stores.

Supporters of Lula, a Workers’ Party member who previously served two terms as Brazil’s president, had stressed that his election was crucial for Indigenous people, the environment, and the global climate. Since his October victory, the incoming president has publicly vowed to make Amazon destruction “a thing of the past” and discussed creating a police unit for environmental crimes.

Lula’s decisions to bring back Silva—who served under him previously—and establish the nation’ first-ever ministry for Indigenous peoples are seen as steps toward protecting the forest and those who rely on it. The Guardianhighlighted that there are challenges ahead, “given the deliberate dismantling of the environment ministry” under Bolsonaro:

“The ministry has been destroyed. It no longer exists. It will have to be rebuilt almost from scratch,” said Marcio Astrini, the head of an umbrella group of NGOs called the Climate Observatory.
Astrini welcomed the return of experienced and knowledgeable environmental figures such as Silva, but warned the powerful politicians and criminal gangs pushing the rainforest towards a catastrophic tipping point would not suddenly disappear. “Amazon deforestation will not be liquidated overnight,” he said.

Despite the anticipated difficulties, Silva’s appointment is a source of optimism for many. Marco Lambertini of World Wide Fund for Nature (WWF) offered her his “warmest congratulations” and said that “after some of the worst years for the Brazilian environment I am thrilled by new hope for the Indigenous/local communities, all Brazilians, and all eight billion of us somehow dependent on [Brazil’s] immense nature.”

“The four years of assault on the Amazon rainforest are ending,” declared Mario Barbatti, a theoretical chemist and physicist in France. “Marina Silva is one of the most respected environmental world leaders.”

Silva was born in the Amazon and worked as a rubber tapper as an adolescent. As environment minister she oversaw the creation of dozens of conservation areas and a sophisticated strategy against deforestation, with major operations against environmental criminals and new satellite surveillance. She also helped design the largest international effort to preserve the rainforest, the mostly Norway-backed Amazon Fund. Deforestation dropped dramatically.
But Lula and Silva fell out as he began catering to farmers during his second term and Silva resigned in 2008.
Lula appears to have convinced her that he has changed tack, and she joined his campaign after he embraced her proposals for preservation.

BBC South America correspondent Katy Watson said Thursday that in an interview with Silva a few months ago, the returning minister told the reporter that she felt Lula was serious about defending the rainforest.

“Thank you for the trust placed in me by Lula so that, together with our mobilized society, we will face the great challenge of rescuing and updating the lost socio-environmental agenda,” Silva tweeted in Portuguese Thursday.

The AP noted that “Silva told the news network Globo TV shortly after the announcement that the name of the ministry she will lead will be changed to the Ministry of Environment and Climate Change.”

Several advocates throughout Brazil and beyond celebrated both appointments. Kenneth Roth, the former long-time executive director of the U.S.-based Human Rights Watch, proclaimed that “Lula’s win was a win for the Amazon.”

Jennifer Morgan—who earlier this year stepped down as Greenpeace International’s executive director to serve as special envoy for international climate action in the German Foreign Ministry—also congratulated and celebrated both women on Twitter.

“The world is fortunate to have you in this critical position at this key moment of history,” Morgan said of Silva. “Look forward working together to achieve your vision for a social, ecological transformation for the people and nature of Brazil.”

Morgan wrote of Guajajara: “Your courage and tenacity is an inspiration. Celebrating this historic day for you and Indigenous peoples around the world.”

As The Guardian detailed: “Guajajara was born in the Araribóia territory of the eastern Amazon and became one of the leading lights of Brazil’s flourishing Indigenous rights movement, as well as a prominent leftist politician. In 2018, Guajajara became the first Indigenous woman to run for Brazil’s vice presidency. She won a place in Brazil’s overwhelmingly white, male Congress in October’s election.”

Welcoming both Guajajara and Silva in a Thursday tweet, Greenpeace said that “their history and commitment to the agendas they will lead will be critical in addressing the many challenges ahead.”

“Amazing!! We were all hoping for it and now it becomes true: Marina Silva will become again Brazil’s environment minister,” said Anna Cavazzini, a German member of the European Parliament aligned with the Greens/European Free Alliance. “This is incredibly important for the fight against deforestation! Marina, we are looking forward to working with you!”

Cavazzini called Guajajara’s appointment “another historic decision that gives me a lot of optimism for the future of Brazil,” uplifting a message from a Brazilian group that said she will take control of a new ministry “with the objective of guaranteeing access to education, health, land demarcation, and combating Indigenous genocide.”

“The socio-environmental destruction project that was underway in the country is over!” the Climate Observatory said of Silva and Guajajara’s selections. “Long live the strength of these women! Our forests are once again given the respect they deserve.”

Jessica Corbett is a staff writer for Common Dreams.