America needs to re-invent its police 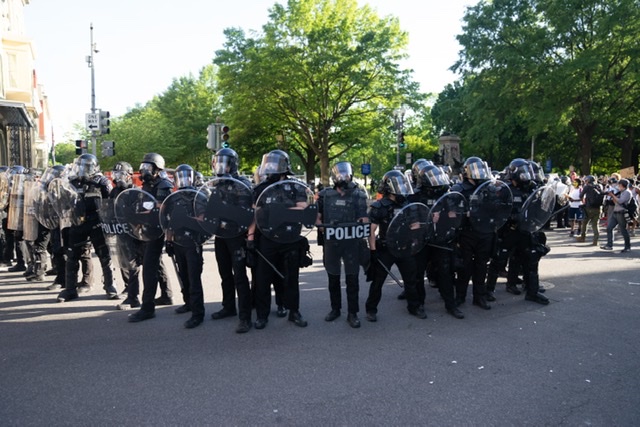 The George Floyd case triggered a new wave of protests in the American Black Lives Matter movement, but the cause and the protests have been there for years.

Hardly a week passes in which some young child has not been shot after a cop has thought his toy was a gun, some running man given the impromptu death penalty after getting irritated by a DWB traffic stop. As if to punctuate the Chauvin verdict, about the time the jury was reporting, a policewoman in the same state shot dead an unruly man, thinking she was drawing her Taser. There have been other deaths since, and little reason to believe that a suddenly chastened set of police chiefs or locally elected prosecution authorities are going to respond by demanding accountability for the use of lethal force.

The initial protests had slogans suggesting that police forces be defunded, even disbanded. Those arguing for this were not suggesting that there be no police forces at all, or that civilians, including African Americans, the persons most likely to be victims of crime, be left defenceless and without protection from people committing assaults, rapes, robberies and thefts. What was being talked about was an entirely re-imagined style of policing – much more community based, far more responsive and responsible to the community. More representative too – as the Trump era demonstrated the brain of the typical good-old-boy white American cop is stuffed full of far-right-wing conspiracy theories, white nationalism and the need for a uniform to command respect.

Oddly, making police forces more representative, responsive and accountable may not mean even more decentralisation,  or based on regular local election, a sure recipe for eccentric enforcement, corruption and reduced professionalism, as even watching American crime shows, not the most reliable guide, will demonstrate. Police forces – or services – need to be of a certain size, to have a critical mass, to contain the specialist services now required, to create careers, to develop professionalism and to enforce standards. Community representatives – a local mayor, for example, should have a say in the disposition of local police, but only in a professional relationship, not as a partnership in politics or crime.

The most urgent task is to significantly disarm the police. Reducing the amount of gear clanking around their uniforms and body armour – guns, Tasers, night-sticks, capsicum sprays, body cameras, handcuffs, plastic ties and bat gear.

In recent years American police forces have acquired significant military hardware – assault helicopters, tanks, armoured vehicles and so on – that is increasingly giving them the appearance of being military forces, not least with headgear, the carrying of shields, assault rifles, shotguns, water cannon and other means of containing crowds. More and more forces have developed extensive tactical response units For some, this is justified by the fantasy that police or sheriff’s officers may, at any time, be the frontline against Islamist terrorists. Politicians wanting to be seen as 100 per cent behind their police have been ready collaborators with these ambitions.

The cop, in short, is being transformed into a type of robotic warrior, in Kevlar body armour and helmet, with an array of communications devices, shields, heavy-duty weaponry, and, of course, a complete arsenal of personal weapons, Tasers, and pungent sprays. In full uniform, in America as much as Britain or Australia, identification tags tend to be concealed by reflex as the curtain rises – the group reflex against anyone being individually accountable if the police response is over the top.

It is my argument that the presence of all of this gear – and the intimidatory style it represents – itself makes more likely the dreadful scenarios that police propaganda uses to justify them. Crowds expecting a confrontation with police, (for example people protesting a police shooting in a residential neighbourhood) come prepared for the reaction they anticipate, with a fringe immediately apt to go for the Molotov cocktail or the barricade of upturned burning cars. If you want the protesters to look like and behave like people in an Independence Day parade, one needs policemen and women to be on the same human scale.

Increasingly cops out in the suburbs – even middle-class ones – are dressed as if they were aliens engaged in a foreign invasion. The inhabitants are treated as a potential enemy – all the more so if they are young men, black or Latino, or seeming to be hanging idly around, rather than engaging in honest drudgery. The impression is reinforced when the modern cop has seemed to eschew walking around talking amicably to passers-by for flashing about in a vehicle behind reflective sunglasses.

Whatever such people are doing, it is not community policing. Indeed, only rarely is it policing with the active consent of the community. Cops become the enemy, not your friends or protectors, because almost all of their interventions or interactions are relatively hostile, with bad consequences. And when police go over the top on routine policing – say with the use of massive numbers of armed robot-types to do a drug bust, the sense of alienation increases. In America, cops need to lower the temperature, not raise it. And they need a certain humility, not arrogance or a swagger when they talk to those who are paying their wages. Even, or especially, to the young men whose interaction with them is the key to a safe and peaceful city.