America the great? How the decline of the US will affect Australian policy 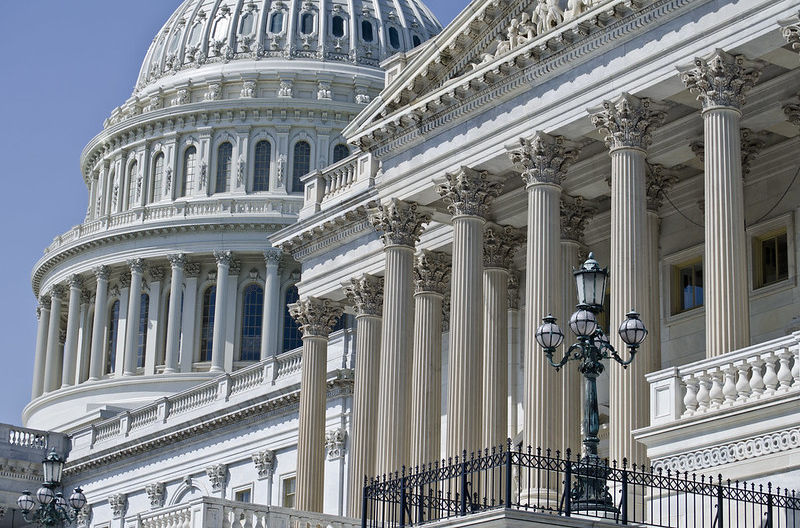 Courtesy of the Financial Times early last year, we ran what I regarded as the graph of the first two decades of this century.

That single graph demonstrated (graphically, you might say) key megatrends shaping and testing the world. And the big-picture forecasts of the authors are proving “interesting”.

Today we have what might well be the graph of the next two decades. 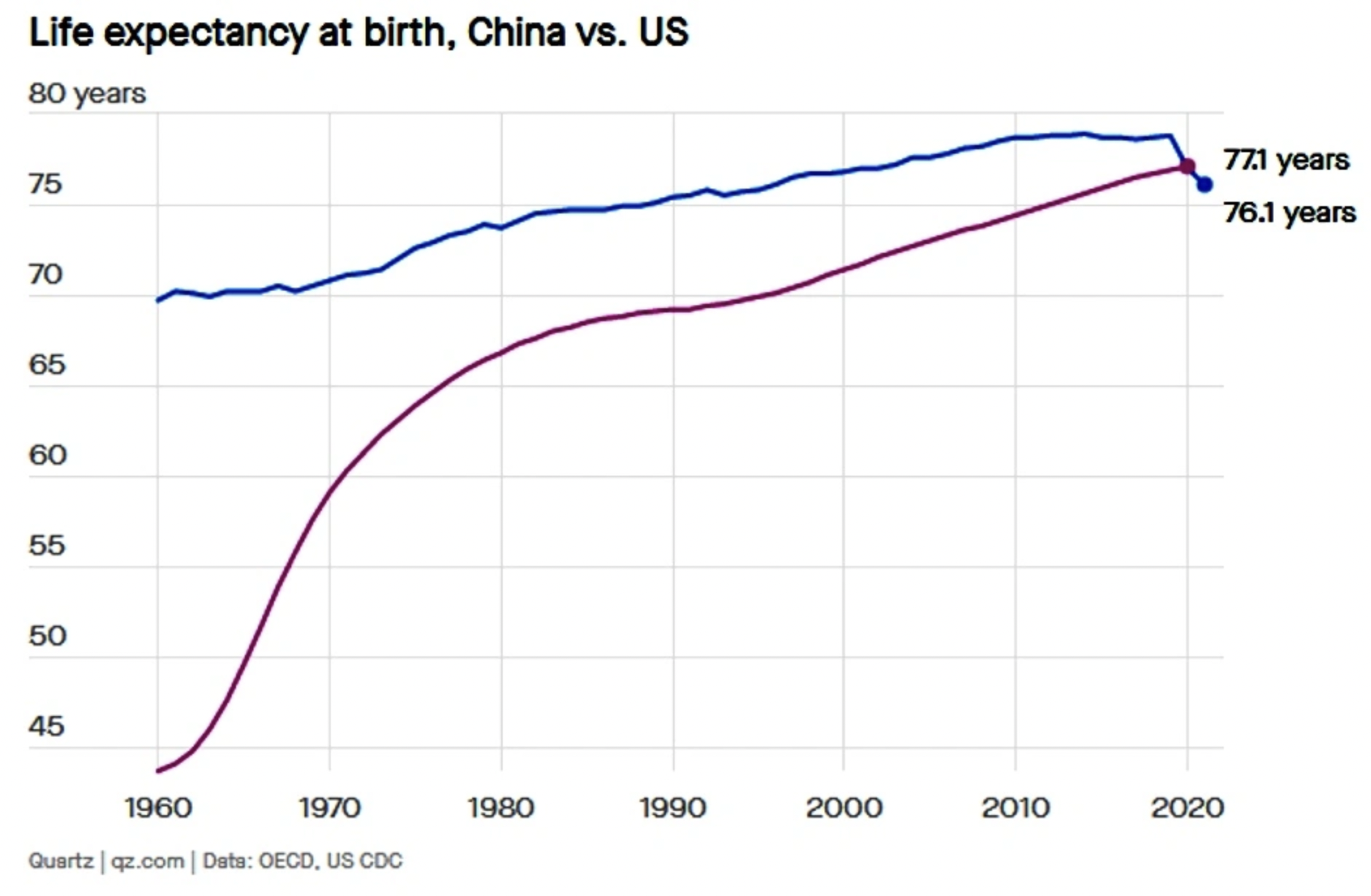 As the Quartz article explains, US life expectancy is back where it was 26 years ago.

Statistically, young American parents today will live longer than their babies – a prospect that should be anathema to the concept of progress, of civilisation.

Sure, the biggest single factor in the sharp fall in US life expectancy over the past two years has been COVID-19 and China’s radical suppression of COVID infections might be putting off an eventual reckoning – but COVID still only accounts for half of the US dive.

(And the different attitudes to handling COVID, the prioritising of economic growth versus more than a million deaths, is an interesting contrast in its own right.)

The Quartz graph was brought to my attention in a newsletter by fund manager (and Sinophobe) Mike Mangan. He has been almost as regular in pointing to the United States’ decline as he has to his fears of Chinese military threats.

Mr Mangan wrote that no other western country was suffering such falls in life expectancy, that if US life expectancy falling below that of China “doesn’t ring alarm bells in Washington, then nothing will – I’m guessing the latter”.

Mr Mangan blames America’s decline on a “dirty dozen” of overlapping policy failures over many decades. I’ve edited and added occasional explanations for his list:

“What is clear from all the above is that American policy makers simply don’t care,” Mr Mangan wrote.

“How many gunned-down school kids will it take for American policy makers to introduce sensible gun ownership policies?”

The answer to that question is when the US didn’t act after Sandy Hook, it was never going to act.

If we are capable of stepping back from our long-conditioned aping of America, we could see it is not measuring up as a civilised society. Much of the world has progressed, evolved, while the US has not.

Such is the state of the union that serious people are writing credible books about the prospect of the US sliding into civil war.

Xi Jinping is unfortunate, but for mine, the prospect of the Trump party regaining power in the US is a bigger threat to the world.

Heart has been taken recently that the approaching mid-term elections might not deliver Congress back to the Republicans after all.

The Roe v Wade Supreme Court decision may have backfired for Republicans by encouraging more women to vote, and some have cited the Alaskan special election that saw a Democrat defeat Sarah Palin as an omen.

The Trumpists certainly have that – a radical, agitated and very dangerous base of well-armed people who range from the pig-ignorant and manipulated to the cynical and racist.

Given the Republicans’ capacity for self-delusion, losing the mid-terms could fuel the agitation with more lies about elections being stolen.

From an Australian point of view, continuing to surrender our foreign and defence policy to an increasingly unstable foreign power looks like madness.

A country that doesn’t care about its own people can’t be relied on to care about us. The powerful interests controlling American policy will remain self-interested.

Re published with permission from The New Daily.