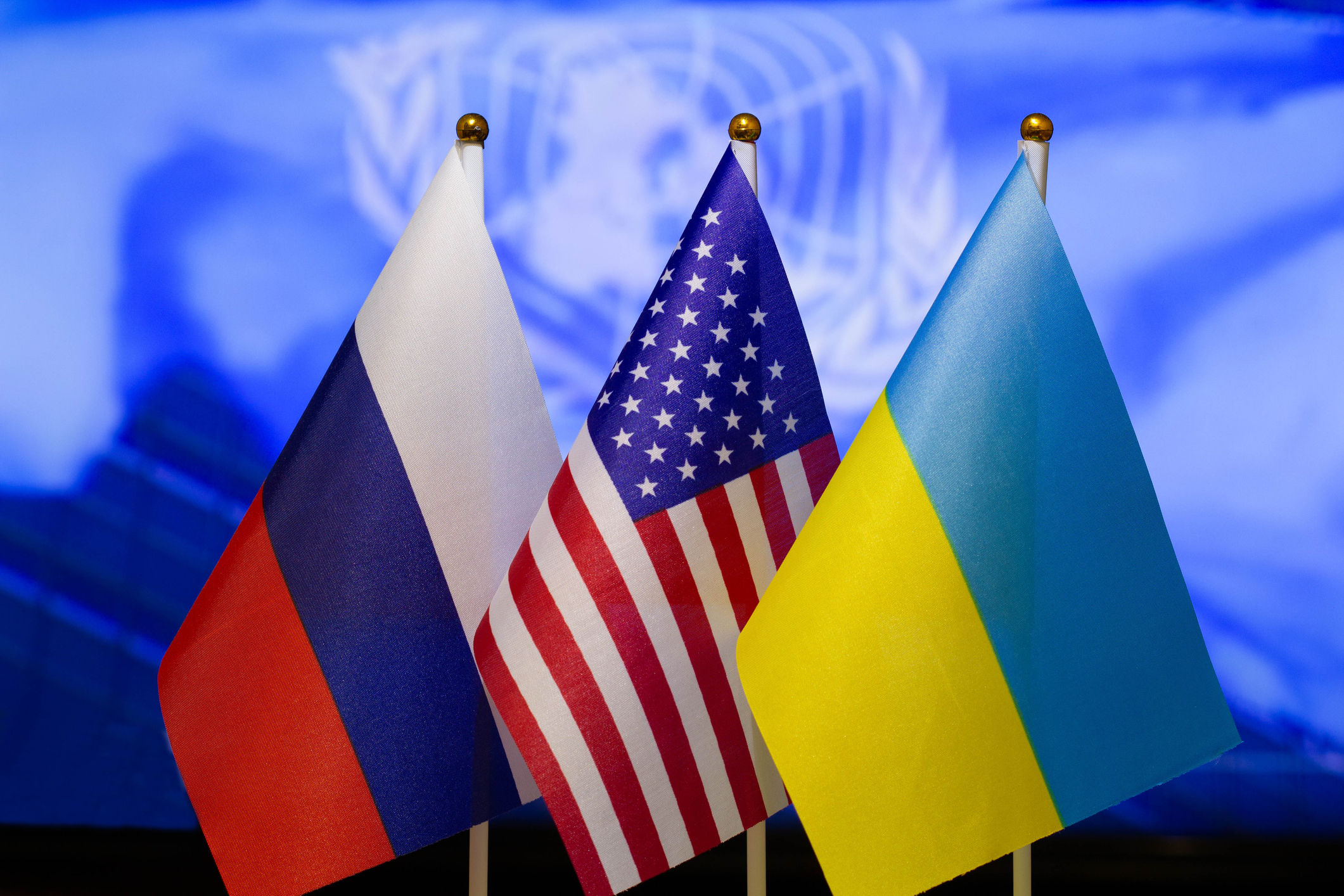 US mission creep in Ukraine follows in the fatal footsteps of ultimately failed war campaigns in Afghanistan and Iraq.

Since the failures of the US military missions in places like Afghanistan and Iraq – and many other Muslim nations like Libya – critics of the US mission in the “global war on terrorism” have lamented the lack of a coherent strategy.

As the tired line from Carl von Clausewitz goes, “war is an extension of politics through other means.” Warfare, therefore, is an inherently political act. More precisely, it is the use of violence by a state or non-state actor to affect a political outcome.

Thus whenever military force is used it must have clear ends set forth by the political leadership ordering the use of that military force. Those clearly defined political ends must be supplemented by reliable ways to achieve that realistic political objective. The means are the resources that must be brought to bear in order to accomplish the political end.

What’s more, those political objectives must be fixed into place by the political and military leadership. They cannot change mid-mission (this has nothing to do with being flexible at the tactical level).

One of the greatest failures of the last 30 years of US foreign policy interventions across the Middle East was what former secretary of defence Robert Gates called “mission creep.” This is akin to shifting goalposts in the middle of the game, making the game unwinnable.

As America’s failed operations in Afghanistan, Iraq, Libya and Syria and so many others since 1945 have shown, mission creep can be catastrophic to both the prestige of the US military as well as its readiness to conduct its larger mission of deterring actual great state rivals to the United States, namely China, Russia, Iran and North Korea.

Once the base of operations for al-Qaeda and their Taliban allies, after the September 11, 2001 attacks on the US, Afghanistan became the primary target of America’s justified wrath.

With a handful of Special Forces operators, Central Intelligence Agency (CIA) paramilitary officers, loads of local tribal allies and judicious American airpower, the US military effectively deposed the Taliban and broke al-Qaeda’s stronghold on the country in about two months from October to December 2001.

Had it not been for shabby planning that December, it is likely the conflict would have wrapped up with the capture or death of Osama bin Laden as he fled American forces in the foothills of Tora Bora.

Even without having captured bin Laden, though, by the spring of 2002, the US forces in Afghanistan had accomplished what the American people had wanted them to: They had disrupted the terror networks in the country and brought to justice the groups responsible for 9/11.

Despite this fact, the Americans hung around for another 20 years, bleeding its troops, weapons stocks and treasury dry in the rocks of Afghanistan.

For what purpose? Initially, it was to avenge ourselves upon the culprits behind 9/11. Once that was mostly achieved, why did the US expand its footprint and commitment to the “Graveyard of Empires?” The lack of a coherent, concrete strategy was one reason.

In Iraq, the justification for war was clear: The George W Bush administration was convinced that Saddam Hussein had developed a massive, covert WMD (weapons of mass destruction, notably nuclear) program and had partnered with al-Qaeda.

Once the US military was ensconced in the heart of the so-called “fertile crescent,” it became blatantly clear that both charges the Bush administration had made against Saddam Hussein were wrong or fabricated, depending on whom you ask.

Rather than leave and try to save its power, the Americans again opted to hang around with massive targets on their backsides – all while the Bush administration quietly changed the objective from removing a regime that was actively building WMD and working with al-Qaeda to spreading democracy in the Middle East to end terrorism.

In Iraq, the world saw the worst excesses of America’s strategic ignorance: It invaded the country based on false pretences, with a force that was far too small to secure the country from insurgents; changed its objectives from something obtainable (ending a regime that was purportedly planning to nuke the US) to something less realistic (spreading democracy); and the Americans left in humiliation – empowering its foes (Islamist Iran and ISIS) in the process.

Dazed and confused in Ukraine

Having thoroughly failed in its Middle East wars, the Americans have now taken the odious products of its failure factories and sent them to the Russo-Ukrainian war. After the Russians invaded Ukraine last year, the Americans flooded weapons and other forms of support into the besieged nation.

What was the plan, though? Initially, it seemed like the United States’ objective was to rally its NATO partners into repulsing the Russian invasion into Western Ukraine in 2022. This was a sensible strategy – and it worked. The relatively small Russian invasion force of 160,000 troops collapsed under the sustained pressure of Ukraine’s defenders.

Once Kiev was secured and the survival of President Volodymyr Zelensky’s government was assured, the logical course of action would have been to sue for peace, to negotiate a settlement that kept western Ukraine free and ceded the Russian-speaking provinces of eastern Ukraine and Crimea officially to the Russians.

At the precise moment that the Americans had achieved their desired goal, though, Washington doubled down and encouraged the Ukrainians to shift their objective from one of realistic territorial defence to an insane attempt to restore Ukrainian control completely over both eastern Ukraine and the heavily fortified Crimean Peninsula.

Recently, Western leaders have begun talking openly about their desire to see President Vladimir Putin overthrown and the Russian Federation partitioned. Even under the best of circumstances, short of total world war, this was never going to happen. But the fantasists in Washington have deluded themselves and Ukraine into committing strategic suicide based on these unattainable dreams.

By following the strategically illiterate Americans, all the Ukrainians will do is drain themselves – as well as NATO’s coffers and weapons stocks – and make themselves susceptible to a massive Russian counterattack. This, of course, is precisely what is happening in Ukraine.

Thanks to their close association with the geopolitical naïfs in Washington, Ukraine has been duped into charging headlong into a war it cannot win against nuclear-armed Russia, all while the West does little to prepare itself for the wider war it has provoked.

Had there been any adult in Washington during this current crisis or had former president Donald Trump been in charge during this time, it is likely that the entire Russo-Ukrainian war would have been avoided. Alas, the Washington establishment is incapable of self-awareness.

These pampered princes must offer tribute for their unfounded status to the gods of war with the blood of Ukraine’s sons and daughters – and eventually the blood of America’s youth.

Washington’s ruling class has blundered for decades at the strategic level. With each foreign policy disaster, America’s overall standing atop the world system has declined until it has reached its current nadir.

By neutering America’s power and standing in the world in these endless brush fire wars, the United States now has a stark choice to make.

Either Washington manages to pull out a miracle in Ukraine or the Russians will crush Ukraine, and then break the back of the NATO alliance – thereby ending the US strategic position in Europe and likely birthing an entirely new world order where there are multiple power centers, as opposed to only America’s.

This fate was avoidable had the US simply given more attention to strategy rather than ideology. One way or the other, though, the United States is returning to the real world. It’s not going to be pretty when it realises how far it has truly fallen.

Brandon J Weichert is the author of Winning Space: How America Remains a Superpower. He is a geopolitical analyst who manages The Weichert Report: World News Done Right. His work appears regularly in The Washington Times and Real Clear Politics. Weichert is a former US congressional staffer who holds an MA in statecraft and national security affairs from the Institute of World Politics in Washington, DC, and is an associate member of New College, Oxford University.