China accounts for more than a third of export dollars earned by Australia.

The figures, for the 12 months to October, cover the period of coronavirus disruptions and disputes over trade.

They apply to physical exports rather than harder to measure services, and are dominated by record-high Chinese takings of Australian iron ore.

But they mightn’t last.

China is changing, transitioning from growth driven by the iron-ore hungry expansion of cities and manufacturing to growth driven more by the supply of services.

Externally, its “belt and road” infrastructure investments facilitate the supply of resources from locations other than Australia, among them the Simandou iron ore and bauxite deposits in Guinea, West Africa that will eventually offer higher quality ore than Australia from a region China may regard as more friendly.

Even if this source is slow to emerge, China will seek to diversify its supplies of iron ore by other means, as suggested by Australia’s former ambassador Geoff Raby in his recent book China’s Grand Strategy and Australia’s Future in the New Global Order.

One will be to ensure a steady supply from Brazil which, with China, is a member of the BRICS group of major emerging national economies.

Australia produces few manufactured goods and pays for the considerable quantity it imports by exporting commodities, mostly to China.

The loss of this export channel would be serious, but how serious?

Conversation authors John Quiggin and James Laurenceson argue the effects would be small. They point out that mineral exports account for only 1% of Australia’s national income and that China would hurt itself if it cut off the flow.

And while the mining sector is not the largest in Australia’s economy, its growth since 2002 has brought with it a secondary boom in Australian service industries. Australia’s East Coast cities have prospered even while most of the mining has been in the Pilbara.

The mining boom brought a substantial boost to our terms of trade (the earning power of our exports relative to the cost of our imports), pushing up the Australian dollar and making imported goods much cheaper.

A reversal would see our terms of trade fall and our cost of living rise.

Some commentators place store in our ability to redirect exports of wine and barley, and whatever else is affected by trade disputes, to other customers.

At least for iron ore, however, there are few other customers at current volumes. This suggests a decline in export prices and in Australia’s terms of trade.

Damage to us, a mozzie bite for China

So it’s worthwhile attempting to quantify the damage from a winding back by China of its imports from Australia.

We have conducted simulations of the effect of shutting down Australia-China trade by 95% in which we allow time for capital flows and production and employment to readjust and assume that monetary policy and fiscal balances remain unaltered throughout the world.

We find the shock to the demand for Australian products is large and it is only partially offset by the redirection of our exports, even with a large depreciation of the Australian dollar.

The reason for this is that the loss of Chinese exports reduces the rate of return on investment in Australia, forcing financial markets to reallocate finance to other parts of the world.

The effects on Australian gross domestic product and real disposable income per capita are big (6% and 14 %), while those on China are mosquito bites by comparison (0.5% and 2.4%).

It’s wise to be prepared

Important things we can do to hedge against such an occurrence include maintaining strong relations with current and potential export destinations and fostering innovations that will allow our export product mix to adjust so as to better service the markets that remain open.

Examples include the proposal by Ross Garnaut to turn Australia into an exporter of green energy and associated plans by Fortescue and others to raise exports of energy by more than the east coast of Australia currently consumes.

Without such innovations, a substantial decline in trade with China would cut investment in Australia and cut living standards.

It is, of course, entirely possible that the worst won’t happen, but we don’t think that’s something Australians can bank on.

If our ship does begin to sink, capital and skills will jump off and what we are left with won’t be enough to support us in the manner we have come to expect.

This article was republished from The Conversation 30 November 2020 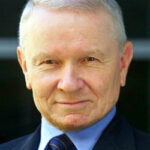 Professor Tyers is a specialist in applied international economics. He has a doctorate from Harvard University and is currently appointed to the UWA Business School, with an adjunct professorship at the Australian National University. His research applies economic modelling to issues in international economics and international finance, with emphasis on the global implications of Asian macroeconomic policies, growth performance and financial market behaviour. 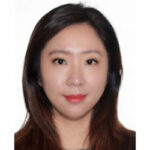 Yixiao Zhou is a Senior Lecturer at the Arndt-Corden Department of Economics, Crawford School of Public Policy. Yixiao has expertise in understanding drivers of inclusive growth and development and identifying policies that enhance them; forecasting international macroeconomic developments and policies; forecasting economic growth in China and its relationships with the world; and various topics on global economic growth and competition such as global trade, global competition and technology innovation, and global migration. Her works on these topics are published in leading journals in the field.