How an influx of independents could change parliament for the better.( A repost from November 4, 2021) 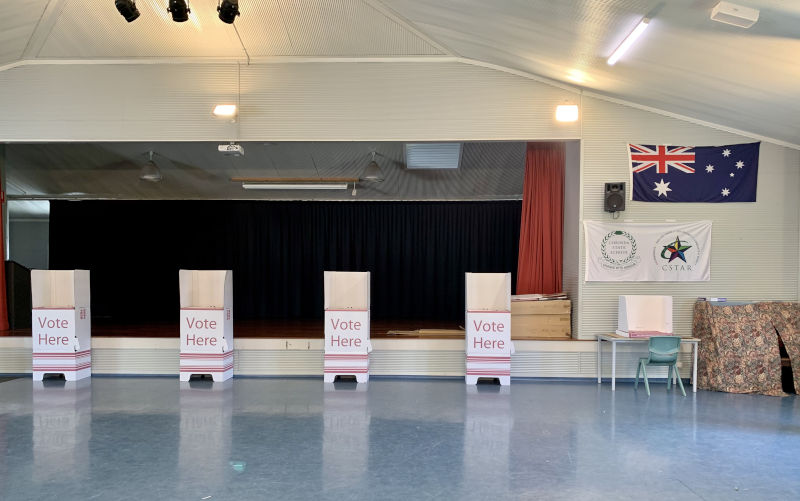 There are any number of ways we could reform the system. Image: Wikimedia Commons

Voters’ disillusionment is much deeper than the current crop of leaders. There is something wrong with the system itself.

The looming federal election is shaping as a unique opportunity to disrupt a system that has left voters disillusioned and disenchanted. As esteem for politics and politicians tumbles again after the COVID-19 reprieve, a large number of independents in the House of Representatives could force both sides of politics to reassess their modus operandi.

Already it’s clear what the election slogans of the major parties will be, at least in voters’ minds.

Liberal: How good is spin!

National: Let’s keep the planet hot and dirty for as long as possible.

Labor: We’ll let you know when we’ve figured out what we think.

But voters’ disillusionment goes much deeper than their sense that the current crop of leaders lacks either vision or integrity, or both. Voters have been complaining for years about the state of federal politics, to the point where they are prepared to ask: isn’t there something wrong with the system itself? The answer, of course, is that there is.

We’re stuck, for the time being, with a Westminster-style parliament that builds adversarialism and triumphalism into the process: we won; you lost; we’ll enjoy the spoils of office. The very structure of our parliament, with its party-dominated processes, tends to reinforce the power model — rather than the service model — of leadership.

Serious reform of the system is a long way off. A leader who seemed more interested in service than power, who exhibited genuine humility and who was committed to a collaborative and consultative approach could restore some faith in the present deeply flawed process. But, in the absence of such a leader, voters’ three long-standing complaints about “the system” will continue to be heard:

There are any number of ways we could reform the system.

We could abolish elections altogether and select members of parliament from the electoral roll. We could adopt the system, used in many other countries, where ministers are appointed from outside the parliament. (Two advantages of that: we’d have ministers with proven expertise in their field, and members of parliament would not be distracted from their proper role by their ambition for ministerial office.)

We could, at the very least, rearrange the seating in the House of Representatives, so members sat in the alphabetical order of the electorates they represent and the place felt more like a forum than a bear-pit.

None of those, or any other, options for radical structural change are likely to be adopted any time soon, partly because those who have been nurtured and rewarded by the present system are the least likely to give any serious attention to the ways it could be improved: “If the system made me what I am, it must be a good system!”

Which means it’s up to us, the voters, to manipulate the present system to our advantage. We regularly demonstrate our wish for creative tension in the parliament by electing a Senate that will not be a mere rubber stamp for the Reps. (And when we stray from that path, we pay: one result of the Howard government gaining control of both houses in 2005 was the infamous WorkChoices legislation.)

We can also place checks on political power, to some extent, by installing state and federal governments of different political colours.

But such strategies don’t address voters’ deepest concern, which is that governments are inclined to act as if they own the show.

Arrogance is the in-built, ever-present risk for parties holing a majority under the Westminster system.

Whenever governments act in defiance of parliamentary conventions — as recently happened with the over-ruling of the Speaker’s recommendation to have Christian Porter’s blind trust donation investigated; whenever members abuse each other and fail to show the respect due to any elected representative; whenever parliamentary behaviour descends into farce, as it regularly does in Question Time, voters see that as evidence that politicians are treating the parliament as if it’s their institution, not ours.

Given the present system, breaking the two-party deadlock is the only way to ensure that parliament becomes a more co-operative place, with a greater openness to compromise, and a healthier attitude to the genuine contest of ideas, rather than merely “playing politics”. Which leaves voters with only one strategy readily available for forcing the parliament to act differently — more respectfully, more collaboratively, more sensitively. And that strategy is to elect more independent members.

Messy? You bet. Making a prime minister’s position less secure? Let’s hope so. Requiring more time to negotiate, debate and evaluate? Absolutely. More outcomes decisively in the public interest? That, above all, is the point.

Significant moves are now afoot in many electorates to unseat party members in favour of independents at the next election. What is at stake is not simply raising the standard of our representatives: it’s time to force the parliamentary system to reform itself.