An unexpected Easter in Ukraine 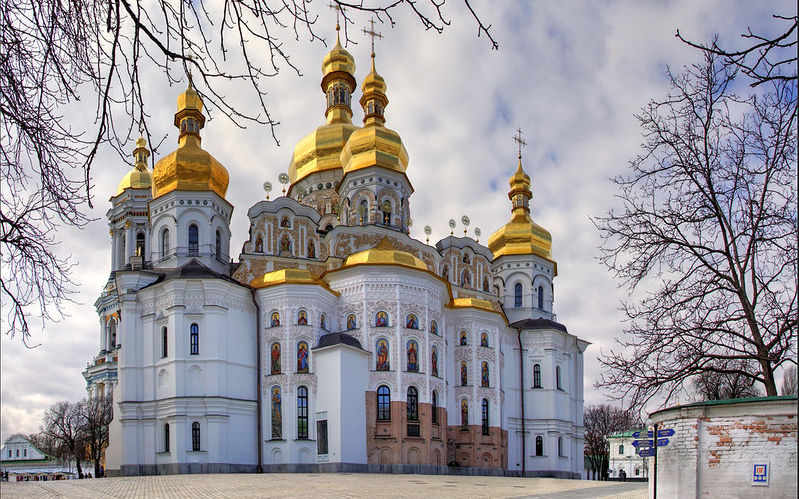 As Ukrainian Christians emerge from their homes or shelters on Easter Sunday morning they will acknowledge one another with the ancient affirmation of faith: “Christ is risen. He is risen indeed.” They will be proclaiming that in the Resurrection of Christ, God has transformed an utterly hopeless catastrophe into what Tolkien calls a Eucatastrophe, a surprisingly favourable ending to an otherwise disastrous situation.

A major challenge facing the deeply religious Ukrainian people is to re-commit themselves to Easter Faith at a level not demanded of them for many decades. They will be challenged also to enter a new phase of Christlike moral conversion whereby they bring themselves to heap the coals of mercy, compassion and forgiveness on the heads of their oppressors. Perhaps the most prophetic gesture the Ukrainian people could make when the dust of war settles is to forgive Putin.

This might prove to be a critical unexpected moment of healing and reconciliation in this disaster not only for the Ukrainian people but also for brutalised peoples everywhere. If people mock this idea as mere irrational Christian romanticism then at least they might have the openness to belief that for Christ, the measure of authentic human moral greatness is for a people to forgive the unforgiveable. He certainly made it clear to his followers that unless they do this, then they have nothing in common with him.

Christ’s message of searing power of forgiveness and letting go of enmity is not a romantic ideal but a reality he lived. “All this hate will stay for 50 or 100 years,” said Vasily Mykolayovych, 63 as he gazed at the corpses strewn about the streets of Bucha. It need not be so says Christ. Refusal to forgive gives the victory to hatred and enduring festering enmities.

Savagery and reprisals, repaid in kind and with interest, do nothing but dehumanise those on both sides of the conflict.

The revenge mentality and the unbending demands for the Law of the Balance unmitigated by mercy, an eye for an eye, will leave the humanity not only blind but toothless and crippled as well (pace Gandhi?).

Jesus stretched the boundaries of reasonableness and moral tolerance: “how many times should I forgive my brother? Seven times?” His reply continues to scandalise and outrage a world that prizes the toxic security of hatred and revenge above his message Mercy.

Christ came to introduce a break from logic
That made all other outrage seem as child’s play:
The Mercy on the sin against the sermon.
Strange that no one ever thought of it before him…

In a few days time, Ukrainian Christians and all their sisters and brothers in the Faith acknowledge Christ’s break from logic when they greet one another with the ancient affirmation of faith and proclamation of hope, “Христос воскрес” (Khrystos voskres). воістину воскрес (vo-ee-stynu voskres), “Christ if risen, He is risen indeed.”

These are fabulous photos of Ukraine. It’s hard to believe what is happening now with the continuing destruction and loss of lives in such a beautiful country.