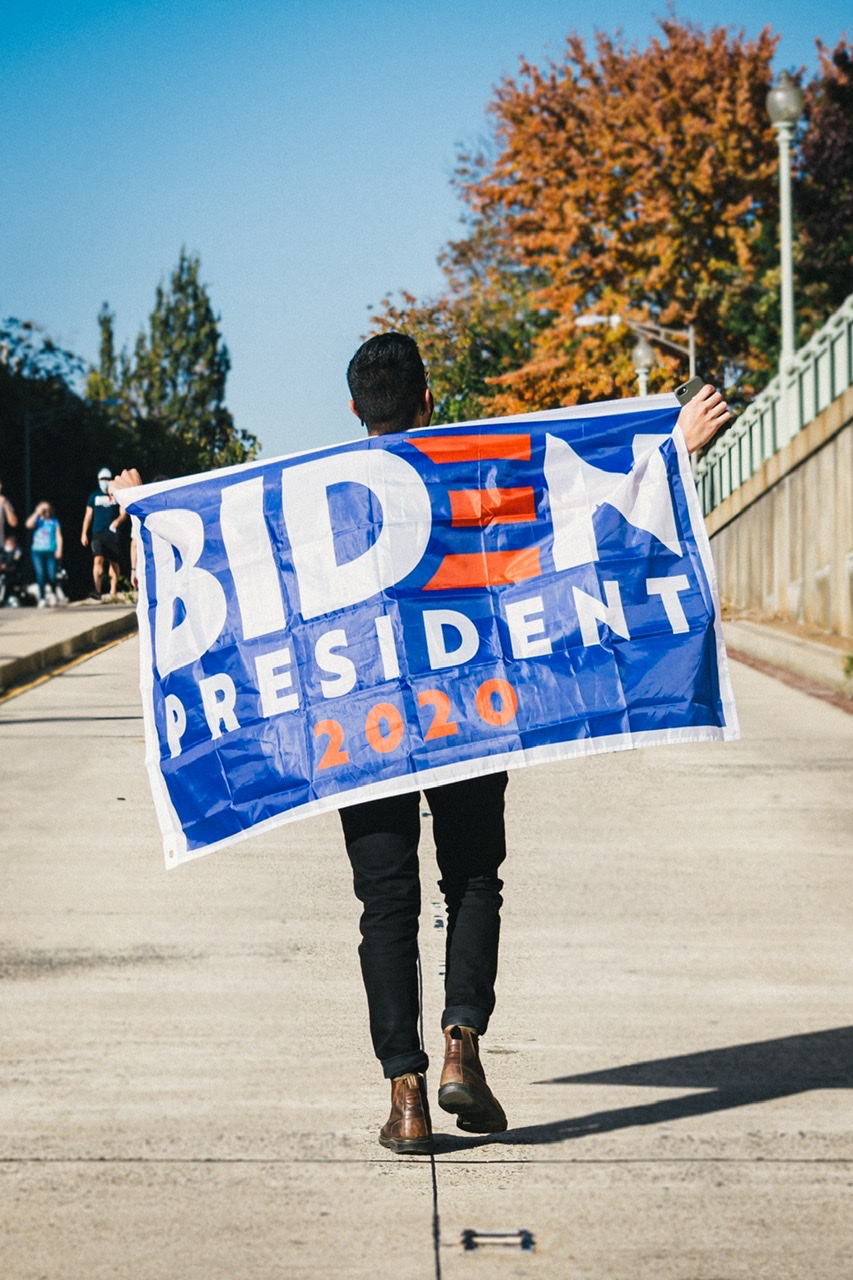 In his first few months, President Biden has had to focus on settling in his new administration and beginning to tackle the extremely challenging domestic issues he has inherited – especially Covid 19. His new team has begun to flesh out the general themes of foreign and defence policy set out in his election campaign. Biden has insisted on a cautious and systematic approach to the development of policy towards China and North Korea – for which the Anchorage meeting has been an important step.

Biden inherited a complex bilateral relationship with China. From the outset, he has declared that, while defence strength in the region was fundamental, he wants a “whole of government” policy with a key role for diplomacy. He was also committed to mend fences with allies while promoting a foreign policy that resonates with Middle America. Recent Pew polling has confirmed that the American public holds deeply negative attitudes towards China – in no small part provoked by the heightened Trumpian invective against Beijing. Some 89% of US adults currently consider China as a competitor or enemy with 49% seeing limiting China’s power and influence as the top foreign policy priority – up from 32% in 2018. And all of this with a wafer-thin majority in the US Senate where the Republican filibuster seems set to impede Biden policy objectives.

On the defence front, Biden instructed the new Secretary of Defense Austin to undertake urgently a new global Forces Posture Review with key policy implications for US forces in North Asia – as well as elsewhere. This will be in addition to Indo Pacific Deterrence Initiative approved by the Trump Administration in its last year ( “ US Indo Pacific Deterrence Initiative – What’s really going on?” P&I 17 January 2021)  but with considerable input from the relevant Democrat-led House Committee. This identified the increasingly obvious deficiencies in US defence capability and recommended top priority be afforded to the strengthening of US alliance relationships in that region.

A crucial first step in the policy development process was Biden’s telephone call with President Xi on the eve of Chinese New Year – their first since the Biden inauguration. Details of that conversation were closely held but both sides saw it as having set out a path for exploring the possibilities of a new relationship between Washington and Beijing. Though for domestic reasons the US side was keen to emphasise that it did not represent any diminution of its serious concern on a number of major issues like Hong Kong, the Uighurs, Taiwan. Broadly speaking, it set the background for the following discussion at the Ministerial level of the long list of issues of contention between Beijing and Washington – as well as for those where the potential for cooperation exists.

The next was the decision to stimulate the Quad arrangements by elevating them to a Zoom Summit involving Japan, India and Australia. Much has been written about that meeting but the key objective for the US was to have it engender a growing collectiveness among the participants in their various concerns about China – but without presenting it as an anti-China initiative. Secretary of State Blinken argued that discussion about China was not “fundamental” to the meeting – though there can be little doubt that China was the elephant in the room! Similarly, American briefing also was pointed out that the Quad was not a military alliance – likely in deference to Indian wishes.

In an effort to try to portray this more benign view of the Quad, the US came up with a proposal to provide Covid vaccine to Asian and Pacific nations. The irony of this being at a time when vaccine nationalism was reaching a peak – especially by the US closely safeguarding its own stocks for “America First” and, for example, leaving close neighbour Mexico having to depend on Chinese supplies. And delivery in 2022! The joint statement by the Quad was filled out with a panoply of other contemporary international issues which were discussed and announced a few working groups on technical issues.

Much was made over the Quad statement on Myanmar but seemingly without any decisions with any teeth. Both India and Japan have closer contacts than their Quad partners with the Myanmar military – officially and through its various sorties into the commercial world. They might actually be able to bring more effective pressure to bear on the generals than the US or Australia can. The statement also included a reference to the ASEAN Indo-Pacific Outlook which was a blatant attempt to establish a linkage between ASEAN with the Quad though the Outlook quite clearly argues against “rivalry” in its region!

Prior to the Quad, the US proposed a meeting in Anchorage between Blinken and National Security Advisor Sullivan and their Chinese counterparts to follow on from the Biden:Xi conversation. In line with Biden’s commitment to strengthen alliance relationships, it was announced that Blinken and Defense Secretary Austin would travel to Tokyo and Seoul beforehand for consultation with both allies. The visits were characterised very much as ones for “listening” to the views of allies but they highlighted the very sensitive current state of relations between Japan and the ROK and their quite different views on China. All of which presented substantial hurdles to any thoughts of expanding the Quad to include the ROK as part of the Biden alliance-building project.

The US:Japan Security Consultative meeting, “reaffirmed” that the US: Japan Alliance remains “the cornerstone of peace, security and prosperity in the Indo-Pacific region”. The joint statement asserted that “China’s behaviour … presents political, economic, military and technological challenges to the Alliance”. It went on to list a series of joint concerns about “recent disruptive developments in the region” associated with China and affirmed  “unwavering” US support for Japan on such issues as the Senkakus. It also reaffirmed their commitment to the “complete denuclearisation of North Korea.” Comments by participants after the meeting repeated the strong anti-China rhetoric.

All of which contrasted with the Seoul meeting labelled “a joint Foreign and Defense Ministerial Meeting”. Its joint statement avoided any specific comment on China. The main focus was on the importance of the Mutual Defense Treaty and the continuing “critical” role played by US forces in the ROK ( contrasting with their threatened withdrawal by Trump). In its section on North Korea, there was no mention of denuclearisation at all. Whether that has anything to do with DPRK statements on the eve of the visit seemingly leaving the door open to further talks between Pyongyang and Washington – despite the latter’s claim not to have had any response to their repeated efforts to reopen contacts – remains to be seen. It also agreed on the importance of the US:Japan:ROK triangular relationship but with no sign of any attraction from the ROK side to membership of the Quad. China has maintained its solid pressure on Seoul on this point for which the Chinese response to the introduction of the US THAAD counter missile system still rankles.

Then the US took a series of actions before the Anchorage talks, described by one US media source as the US “lobbing a few more grenades” China’s way. The most significant was a further series of sanctions against a number of high ranking Chinese in response to the new Chinese laws on Hong Kong. There has been some speculation about the timing of these actions in the lead up to Anchorage which were clearly designed to annoy Beijing. Could it simply have been a step to puff up the muscular image of the Biden team holding the line against Beijing?

They certainly warmed up the scene for the opening session in Anchorage which received so much media hype for the theatrics on both sides. Each clearly was playing to its domestic audience and the US to those in Japan and elsewhere in the Quad who may have been concerned that the US would be too soft in Anchorage. But just how much did this and the blunt tone of the US debriefing – and to a lesser extent the Chinese – mask positives which might have emerged in the closed discussions?

Blinken was suitably restrained in his comments about the meeting arguing that simply hearing about how differently Presidents Biden and Xi were now pursuing their priorities had been valuable. The US side had known that there were a number of contentious areas where the two sides were at odds. When they raised them the Chinese side responded defensively. He was very short on details about the discussion.

After a few somewhat warmer comments in the Global Times, the Chinese side provided their fuller version of the talks in the People’s Daily on 21 March. It claimed that the discussions had been “candid, in-depth and constructive” covering a wide range of international and domestic issues and had agreed to enhance cooperation or coordination in some specific areas: a joint working group on climate change and further talks on the future of the consulates general closed in Houston and Chengdu and on foreign journalists. It asserted that the US should “respect China’s “core concerns such as sovereignty and security” and welcomed the US reiteration of its adherence to the “one China policy on the Taiwan question”.  It made no reference to the US‘s reported promise to make representations about Chinese economic coercion on its allies ( ie. Australia).

Not surprisingly given the eye he has to maintain on the US domestic scene, Blinken subsequently sought to refute some of the Peoples Daily version. But it also made some sense to restrain any hopes for speedy change in the bilateral relationship. Biden’s China policy is still very much in the process of development. That the two sides actually met and spoke so candidly in public without any walk-out, in itself, was a positive (albeit small) step towards a less volatile relationship between China and the US and welcomed in our region and the wider world. Though no further meetings have been announced, Anchorage hopefully has cleared the way to a cautious expansion of contacts at various levels between Washington and Beijing. One likely follow up could be a visit to China by White House envoy John Kerry to discuss preparations for Earth Day on 22 April which Biden will be hosting.