And the third Khaki Shultzie goes to…

Recently the Chief of the Defence Force, General Angus Campbell, won the inaugural Khaki Shulztie. The award is named after Sergeant Shultz (“I know nuuuthing!”) from the TV show Hogan’s Heroes. The award recognised General Campbell’s ignorance about Afghanistan in the face of overwhelming information that was or could have been at his disposal.

This week the Khaki Shultzie is shared by more than 30 men who commanded at the highest levels during the war in Afghanistan. I speak specifically of the rotating commanders of the Special Operations Task Groups on the ground in Afghanistan, of the Commanding Officers of the SAS Regiment and 2 Commando Regiment, the SOCAUSTs (Supreme Operational Commanders Australia), the Chiefs of Army and finally the Chiefs of the Defence Force. More than 30 men who want us to believe they saw no evil, heard no evil. What monkeys they must think we all are.

Take the esteemed David Hurley. He was Chief of the Defence Force with direct command over Brereton’s bad boys. His command distance from these boys is a reality not an escape door. As CDF he could ask any question, call in any soldier, read any report, issue any order. I suspect Hurley is an honourable man. But he could also have been a man of inaction.

Some of Brereton’s bad boys had a way with words, unlike their strategically taciturn commanders like Hurley. The senior SAS patrol commander who allegedly murdered Haji Sardar was overheard telling one colleague “How good is this! When I’m not in Afghanistan hunting people I am in Canada hunting bears”!  One of his mates was heard to say on another occasion “I have two command priorities this year: Proxy wars and smashing whores.” Positively Shakespearean!

These troopers were all voice and no power. Their commanders, it seems, are, right now, all power and no voice. In fact, so narrow is their span of vocabulary when it comes to talking about Afghanistan that they rely on a tiny little phrase book that they pass around their small circle.

When asked his response to the Brereton findings David Hurley thumbed the phrase book and came up with “horrific and reprehensible”. That’s all folks! No follow up explanations, no ruminations, no nothing. It is worth noting that Hurley failed where Brereton succeeded. Hurley’s response to the Brereton report (“horrific and reprehensible”) have to be matched with the fact that he knew bad stuff was occurring in 2013. He set up an inquiry but it got nowhere. It is reasonable to assume that if Hurley’s investigation had succeeded, the conditions that required the Brereton response may not have existed. Governor-General Hurley needs to talk to the Australian people about why his early investigation failed and what he did after that.

Next, the normally garrulous Lieutenant-General Burr, the Chief of Army (CA) who received the second Khahki Shultzie a few weeks back, took the phrase book from Hurley, thumbed it quickly and came up with “Oh, I was sick. I was sickened. I was shocked by the extent of the alleged unlawful acts that were described in the report… I heard nothing of these allegations. If I had, I absolutely would have reported them.” Peter Cosgrove, the sainted CDF at the start of the war, impatiently waited in line, grabbed the phrase book from Burr and came out with “horrified”.

Pushed by the Prime Minister and the public outcry that followed Brereton’s controversial disclaimer that “no officer was hurt in the making of this investigation”, Defence is now examining the command behaviour of this club of 30. Expect in the months ahead to hear more utterances from the little phrase book.

In the context of the stripping of the Meritorious Unit Citations from 3000 special forces soldiers, the officer class has stopped giving medals and awards to each other until the Brereton storm passes.

Consider this. Angus Campbell (as Chief of Army) and Rick Burr (as deputy CA) approved the Order of Australia for Lieutenant Colonel Greg Daley for his “visionary leadership” of SASR”. Three months before, Burr had been complaining that “a series of recent notifiable incidents at SASR have demonstrated shortcomings in governance, security, safety and administration within SOCOMD (Special Operations Command)”.

When Daley commanded the SAS Regiment in “Perth” one of his corporals (the “surgeon”) used a scalpel to cut the hands off three dead Taliban in an undisclosed location in Zabul Province. I am not saying Daley has blood on his hands. I am saying that bad stuff happened when he was drawing salary as regimental commander. He was ultimately responsible for getting the “surgeon” battle ready, which included making sure that soldier understood his Geneva responsibilities. Hopefully, we will hear from Daley about this.

Nominations for the next Khaki Shultzies are now open. A favourite is the Defence Minister, Linda Reynolds. She has recently said it would take time to deal fully with the complex matters set out in the report.” Is that Army speak for “how long does it take to run for cover”? 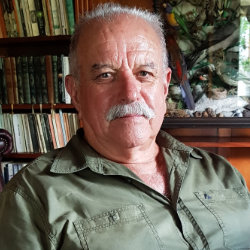