Catholics, priests and laity, are increasingly wanting renewal and reform of their Church to overcome dysfunctional governance and leadership failures, particularly reflected in the scandals of clerical child sexual abuse and its cover-ups. Recently the co-conveners of the Australasian Catholic Coalition for Church Reform (ACCCR),Peter Johnston and Andrea Dean, met with Archbishop Coleridge, President of the Australian Catholic Bishops Conference and Archbishop Costelloe, President of the Plenary Council, accompanied by Lana Turvey Collins, Plenary Council Facilitator.

The purpose of the meeting was to discuss concerns about the inclusiveness of the Council, a matter raised by renewal groups over a long period. The Plenary Council, starting in October this year, is an opportunity for all the people of the Church to face our Church’s needs, but that will demand an inclusive approach, requiring careful listening and discernment.

Key issues discussed included the role of women in the Church, the appointment of a woman as vice president of the Plenary Council, the establishment of diocesan pastoral councils and diocesan synods or assemblies, and a series of ‘virtual’ Convocations of Catholics being planned by the Coalition.

It is a substantial challenge to represent the aspirations of the ACCCR and of so many Catholics seeking reform of their Church whose issues are considerable and their hopes high.

Five questions were developed by ACCCR to provide a framework for the discussion.

The Bishops stated that no specific provision exists within Canon Law for a deputy President, and they would appoint women amongst the sessional Chairs. The Coalition has received canonical advice that appointment of a Deputy President is possible and expressed the view that such an appointment would ensure a more gender-balanced approach at the Council and be an important signal of their commitment to the equality of women in the Church. The response was inconclusive and disappointing, particularly as Pope Francis has encouraged National Bishops Conferences to take decisions relevant to their context. All the bishops need do is to stretch themselves beyond conservative interpretations of Canon Law and start creating a truly Catholic Church.

One wonders at the power that vague ‘unsatisfactory’ experiences have over the bishops. Would that the Australian Bishops had responded with such concern when reports of ‘unsatisfactory’ clergy conduct appeared on their desks over the years.

Frankly, the laity of Australia believe that unless lay involvement is formalised at parish, diocesan and national level, that essential belief ‘we are the church‘ as well as accountability and transparency in episcopal decision making, will remain an illusion.

Across Australia, every Catholic School has a school board or community council, every Diocesan education system has Diocesan Education Board, and every state has a Catholic Education Commission.

How hard can it be to establish and maintain effective diocesan pastoral or mission councils? If there was a will, there would be a way.

Archbishop Coleridge cautioned that no guarantees are possible in the Plenary Process but Coleridge, Costelloe and Turvey-Collins spoke of deliberate efforts to engage with and to listen to the concerns of this LGBTQI community. Archbishop Costelloe hoped that there would be some representation from the LGBTQI community amongst members and that this could be influential.

It is not reasonable to rely on the possible presence of some gay Catholics at the Council to ensure their adequate inclusion in Council deliberations. The LGBTQI community has experiences of exclusion and fear of judgement in the Church, an arena where many LGBTI people have been traumatised. A more active approach of inclusion is needed within the Council but that seems unlikely in the light of recent Church pronouncements in Australia and the Vatican referring to homosexuality as ‘objectively disordered’ and gay relationships as sinful.

Archbishops Coleridge and Costelloe expressed cautious support for these Convocations of Catholics which will be held by Zoom in May, August, and November 2021. Although not all members of the reform groups see any alliance with the bishops as positive, a hand of cooperation has been extended and Archbishop Coleridge or Costelloe has been invited to give an official welcome at the beginning of the first convocation.

As the guest for the first convocation is Sr Joan Chittister, an internationally recognised spiritual leader in the Church and recently ‘uninvited’ from an event in Melbourne, this is great progress. Joan’s persuasive and enthusiastic call to live the essence of the gospel is timeless and motivating.

As the coalition of reform groups is seeking cooperative arrangements with Catholic organisations, businesses and institutions, the support of Archbishops Coleridge and Costelloe should allow these Catholic groups to offer their support without fear of obstruction from individual bishops.

Unfortunately, this question was not addressed due to a lack of time. Many Australian Catholics are anxious about the Plenary Council’s capacity to discern the signs of the times regarding Church renewal and effective evangelisation.  Many Australian Catholics draw on their experiences of decision making in other contexts to try and understand what is happening and will happen.

I hope that this meeting has provided the Catholic bishops of Australia with a better understanding of the hopes, aspirations and expectations of the Plenary Council amongst Catholics seeking renewal of their Church. 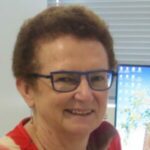