Out of sight, out of mind. What’s happened to Trade?

Trade does not get the attention  it requires as all external issues are viewed through the prism of the defence/intelligence agencies, subordinating the Department of Foreign Affairs and Trade itself. This has become worse since trade was integrated into that department. 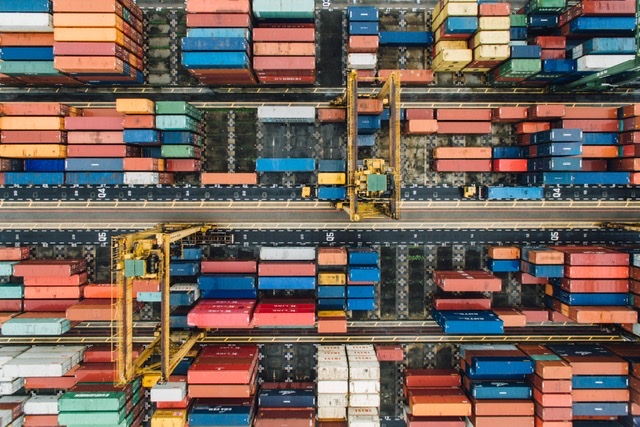 What has become of trade issues for Australia as attention has focussed increasingly on US/China tensions and their strategic implications?If anything there are strong reasons at this time for focusing heavily on trade issues and doing something about them. But they are neglected.

First, why the neglect: Australian policy in the external sphere is dominated by the Defence community and its outlier agencies. This serves the government’s purposes by wedging the Labor Party against policy divisions in this area and consolidates the government’s standing in the community. However, provocative push-back prompts retaliation, as experienced by our barley farmers whose China market has been supplanted by Trump’s farmers, supposedly in the same cause. How ironical!. There is something funny about trade law if that is the case (see further below).

Second, of course, is the Coronavirus pandemic which is crippling the economy, crippling trade flows, and affecting supply lines in critical areas. The need here is for adaptation, in policy and practice. Take shipping for example. Somewhere between 300,000 and 400,000 merchant crewmen are stranded on their ships, unable for quarantine reasons to be relieved at the end of their contracts, thereby hugely disrupting usual shipping movements. We hear little about government thinking on the future implications of these situations for our exporters, apart from minerals.

Third, the principle international trade body, the World Trade Organisation has been emasculated by our powerful ally, by defenestrating its appellate body. The US has refused to confirm the appointment of replacement members as others retire, meaning that dispute settlement processes have come to a stop. One action in that regard that could have been an Australian complaint about China’s arbitrary and crippling tariffs on our barley exporters. On a more positive note Australia has engaged with a number of like minded WTO members to form an alternative dispute settlement process, giving mutual undertakings to abide by its determinations. This may partially rescue the WTO but there are many overdue reforms needed at that organisation, being distracted momentarily while awaiting the appointment of its next Director-General. There is also uncertainty about the outcome of on-going negotiations affecting hundreds of unregulated ‘free trade’ agreements. As Australia has been as responsible as any for the distortions these create it is time for it to be more active in the WTO to bring some rationalisation to this area. Other distortions concern national ‘anti-dumping’ practices which involve fiddles in making ‘equivalent’ market calculations to determine dumping. Decisions. Australia is a master operator in this regard whereas it should be taking the lead in sorting it out globally – in the interests of the WTO’s integrity overall.

Fourth, if the integrity of the WTO is in question many issues come back to China and the US’s claim that the system is ripping them off, blaming the ‘generous’ terms on which China was admitted in the first place in 2001, following lengthy negotiations. At the time it was accepted that China was not a market economy and was still developing, so it was granted leniency with respect to trade terms, subsidies and dumping. They have done well with that, but the major transforming fact since then is that China now functions as a ‘state capitalist’. In that respect Trump is right in demanding change but has been unsuccessful in persuading China and other members for which such change could have adverse consequences. Australia appears to be treading very warily on this given China’s critical importance for our economy.

Fifth, a matter compounding all the above, is the plethora of largely unregulated FTAs unrelated to geographic proximity and not including substantially all the trade of participants – essentially preferential or discriminatory arrangements in favour of or against third countries. Their emergence can be partly attributable to the rigidity of decision making in the WTO requiring consensus on the part of all 160+ members for substantive proposals. In frustration groups of members have formed their own FTAs utilising the minimal requirements of Article 24 of the GATT. Australia has course formed and entered many of these itself, often on a mere bilateral basis contrary to any notion of what was envisaged by Article 24.

The FTA concept has been further expanded to embrace the awaited Comprehensive and Progressive Agreement for Trans-Pacific Partnership (CPTPP), formerly intended to be the Trans-Pacific Partnership (TPP) until the US pulled out. The question for policy makers is: are these conducive to real free trade or are they more likely to compound divisions within the trading community (e.g. China)? The fact is that we have drifted into this situation without clear thought about the long term foreign policy implications.

Sixth, one positive achievement of the WTO, its first and only multilateral agreement since its inception, was the 2014 Trade Facilitation Agreement designed to avoid petty de minimis holdups for goods, etc. at ports on arrival, particularly perishables. This has had some limited success so far. It is a useful and lawful retaliatory weapon available to traders when faced with these problems at another port. It was over 20 years in the making and was held in abeyance all that time by one or two members, notably India (think lupins and chick peas).

In summary, what this adds up to is that there are many trade issues affecting Australia’s interests which require more concentrated attention. In particular where push comes to shove, shouldn’t we be more measured in our dealings with China, and not work the one area of interest at the cost of the other. As it is, trade does not get the attention and the balance it requires because all external issues are viewed through the prism of the defence/intelligence agencies, which largely subordinates the Department of Foreign Affairs and Trade itself.

This has become worse since Trade was integrated into that department. In the 1950s to the 1980s Trade was a powerful force in Canberra under the likes of Trade Ministers John McEwan and Doug Anthony, and officials of the stature of John Crawford and Jim Scully. While Australia’s external interests have become more diverse and complex, their handling requires a broader input of well informed thinking and management. A strong and independent Department of Trade would provide a better balance in this area, more appropriate for the national interest.

Maybe with that kind of force, Minister Simon Birmingham might succeed sooner than otherwise in prising open the door to China again.

This entry was posted in China, Economy. Bookmark the permalink.