ANDREW GLIKSON. The ABC 2018 year-roundup and the defining issue of our time.

“Silence in the face of evil is itself evil – God will not hold us guiltless. Not to speak is to speak. Not to act is to act” Dietrich Bonhoeffer

The ABC 2018 year wrap-up included a few seconds of David Attenborough’s science-based warning to humanity of an impending global climate catastrophe (https://www.her.ie/news/david-attenborough-appealing-help-defining-issue-time-438220), as well as a few seconds of the California and Queensland fires. Otherwise, the program was dominated by sports events, ABC domestic affairs, politicians’ personal scandals, the Royals and a sprinkle of global events, mostly given longer time slots. 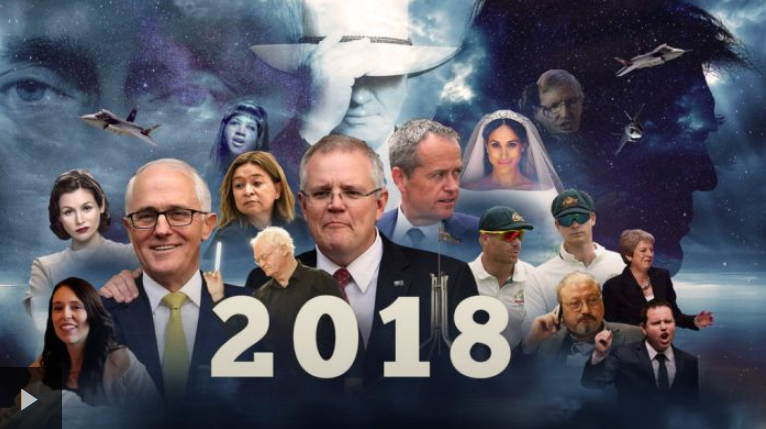 Which appears to sum-up the approach taken to the greatest calamity currently falling on humanity and on nature.

Not that this attitude is surprising. Over the years, while SBS and RN presented some excellent programs relevant to the crisis in the atmosphere, and although climate-related news are commonly included in ABC news bulletins, it is rare for the various ABC panels, ABC News, 7.30 Report, Q and A, Four Corners, The Drum, National Wrap, The World, One-plus-one, Matter of Fact (the latter being one of the more opinionated programs) to discuss climate issues and include climate scientists in the panels.

Nor has the recent ABC management debacle much to say regarding the organization’s handling of the definitive issue of the time we are living in (https://www.her.ie/news/david-attenborough-appealing-help-defining-issue-time-438220). Indeed one would assume the government would be quite pleased with the way the climate calamity is handled by the National Broadcaster, since minimization of the climate issue may be more effective than the outright denial practiced by some of its competitors.

Given the dominance of climate denial by its major funder, the ABC may wish to avoid controversial issues such as global warming. It is a good question, and one that can hardly be answered, how do the journalists, programmers, presenters and panel conveners feel when they have to mostly avoid the burning issue of our time in their programs?

“Silence in the face of evil is itself evil- God will not hold us guiltless. Not to speak is to speak. Not to act is to act” Dietrich Bonhoeffer