Andrew Leigh and “disconnectedness”… good on documentation but poor on explanation

There has been reduction in acquaintance with neighbours, volunteering, giving to charity, blood donation, membership of organisations such as Scouts and unions, satisfaction with democracy, and number of trusted friends.

Andrew’s 2010 Disconnected and 2020 Reconnected with Nick Terrell, are valuable in drawing attention to this important but neglected area. This new one summarises extensive documentation on the problem, and on attempts to do something about it. He gives many stats from many areas showing the increasing deterioration in social bonds within Australian society.

For instance,  “The typical Australian today has half as many close friends as in the mid-1980s and knows only about half as many neighbours. “Half the population report feeling lonely for at least one day a week.”

But what is difficult to understand is how a person with Andrew’s sociological sophistication could almost completely fail to consider the causes, and when he does so to make no reference to the overwhelmingly important one … which is capitalism. This means his portrayal of the situation is highly misleading, and his solution is woefully unsatisfactory. He makes it look as if the essence of the problem is our failure to try to connect, and therefore the problem is our fault and the solution is for us to make more effort to connect. I want to sketch a very different perspective on both issues.

What individuals in a society think, value and how they interact depends primarily on the social conditions they exist within and the social forces upon them. Sometimes these are of such a nature and power that individuals have little or no option but to end up bound into tightly cohesive and interconnected networks. Western societies have for hundreds of years been towards the other end of the continuum and many people have pointed out the connection with capitalism, especially Marx and Polanyi. In previous societies the economy was firmly embedded in general and all-embracing social rules and moral codes (such as do not take advantage of another’s misfortune), but with the coming of market forces some of these rules ceased to be applied to economic transactions.  We now see nothing wrong with pouncing on a fire sale or charging far more than a just price if we can get away with it. Similarly the rules governing economic activity in Medieval Guilds determined that the welfare of the whole community, the brotherhood, was the supreme determinant of what was done, and the driving force was mutual benefit not individual greed.

In our present economy the primary and often sole determinant of what is produced, who gets it and what is to be developed is whatever will maximise the profits of individuals operating within markets. In a market situation there is no consideration of what might be just, good for participants, socially desirable, ecologically sustainable or morally acceptable.

Polanyi stressed that The Great Transformation (his 1944 book title) to this way of proceeding was of enormous and destructive significance for society. He saw that the market will in time destroy society and its ecosystems. More and more things get transformed into mere commodities for sale and other considerations get driven out. More and more social life becomes a competitive struggle between individuals to beat others to secure wealth. Inevitably a few do most of the winning and many lose, generating for instance  the present US obscenity of disgusting wealth alongside mass impoverishment. (As Warren Buffett has said, there is no class war in America — there was but his class won it.)

The advent of Neoliberalism has greatly accelerated the process. It tells us that things work best if regulations on business are removed and state-run operations are sold off to private firms, and the main role of the state should be to facilitate more business activity. As Chussudowsky’s The Globalisation of Poverty stresses, this has enabled the greatest wealth transfer in history. Worse than that, it has shifted us further from a society with a market system to being a marketing society. Social interaction is now largely about having to compete in market situations, buying and selling in an effort to secure a satisfactory life. The average person is not about enjoying living within a stable, secure, relaxed, caring, convivial and admirable community that provides well for everyone.

And government is not there to create and maintain such a society; it is there to maximise GDP, that is, to increase the amount of buying and selling going on, that is, to enable what is the top priority of the business-owning class. It pushes resources, contracts, subsidies, “development” opportunities their way but leaves millions struggling with low incomes, poor or no housing, miserly and punitive “welfare” compensation for structural deprivation (always far more seeking jobs than there are jobs) and miserable lives. Resources such as land use zonings go into facilitating profitable “development” not into facilitating convivial communities; (consider what high rise units have done to Parramatta etc., and how much connectedness you are likely to find among them). Little if anything goes into constructing communities which will facilitate connectedness. Vast bureaucracies full of expensive experts spend large sums sweating over how to raise productivity and federal budgets bulge with subsidies to “get the economy going”. Try finding a budget line on expenditure to improve social cohesion.

Possibly the most damaging and never-questioned institution driving out connectedness is the fact that this society has unemployment. This is totally unnecessary and easily avoided; it is only found in brutally barbaric societies.  How surprising that the victims tend not to knock on their neighbours doors for a friendly chat.

But in addition to the physical and institutional structures antithetical to connectedness the Neoliberal triumph has consolidated disconnectedness as a mentality. You are on your own, your fate depends on whether you succeed so you better work and compete hard. If you fail to make it that will be your fault. Existence is basically individualistic competitive struggle to get money and property; if you don’t succeed you are in trouble.

So Andrew, the forces and conditions within late capitalist society massively and inevitably produce disconnectedness. They isolate us in dormitory suburbs with no need to know our neighbours, they make us worry about unemployment while trying to pay for houses that are many times as expensive as would be sufficient, they make us insecure and they determine that life is about work and struggle when far too much working and producing is being done, and they soak us in a culture of individualistic, competitive acquisitiveness. It’s not our fault that we don’t connect much and you are not going to make a significant difference by urging us to join, volunteer, knock on our neighbour’s door or organise something.

The ultimate solution can only be achieved in a society where normal everyday functioning involves, requires and rewards connecting, throws us into many necessarily close, mutually dependent and beneficial interrelationships with familiar people. There is connectedness within a good family because the situation inescapably involves us in interactions, forces us to connect, consider, assist, look for mutual benefit, and enjoy the process.

The conditions we are after can only be achieved within the kind of settlements and geographies which most of us must live in if we are to have a sustainable and just world, that is, in small, highly self-sufficient and self-governing communities running their local economies to meet needs within fugal lifestyles and simple systems.  This is the only pattern that can get the per capita resource consumption rates right down. These communities will have to come together in committees, town assemblies and working bees, they will have to care and share, … or they will not work well. Your fate depends on how well the
Degrowth, Ecovillage, Simplicity and Transition Towns movements can get people to understand this in the short time left. 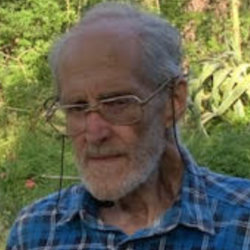 Ted Trainer is a retired lecturer from the School of Social Work, University of New South Wales. He has written numerous books and articles on sustainability and is developing Pigface Point, an alternative lifestyle educational site near Sydney.