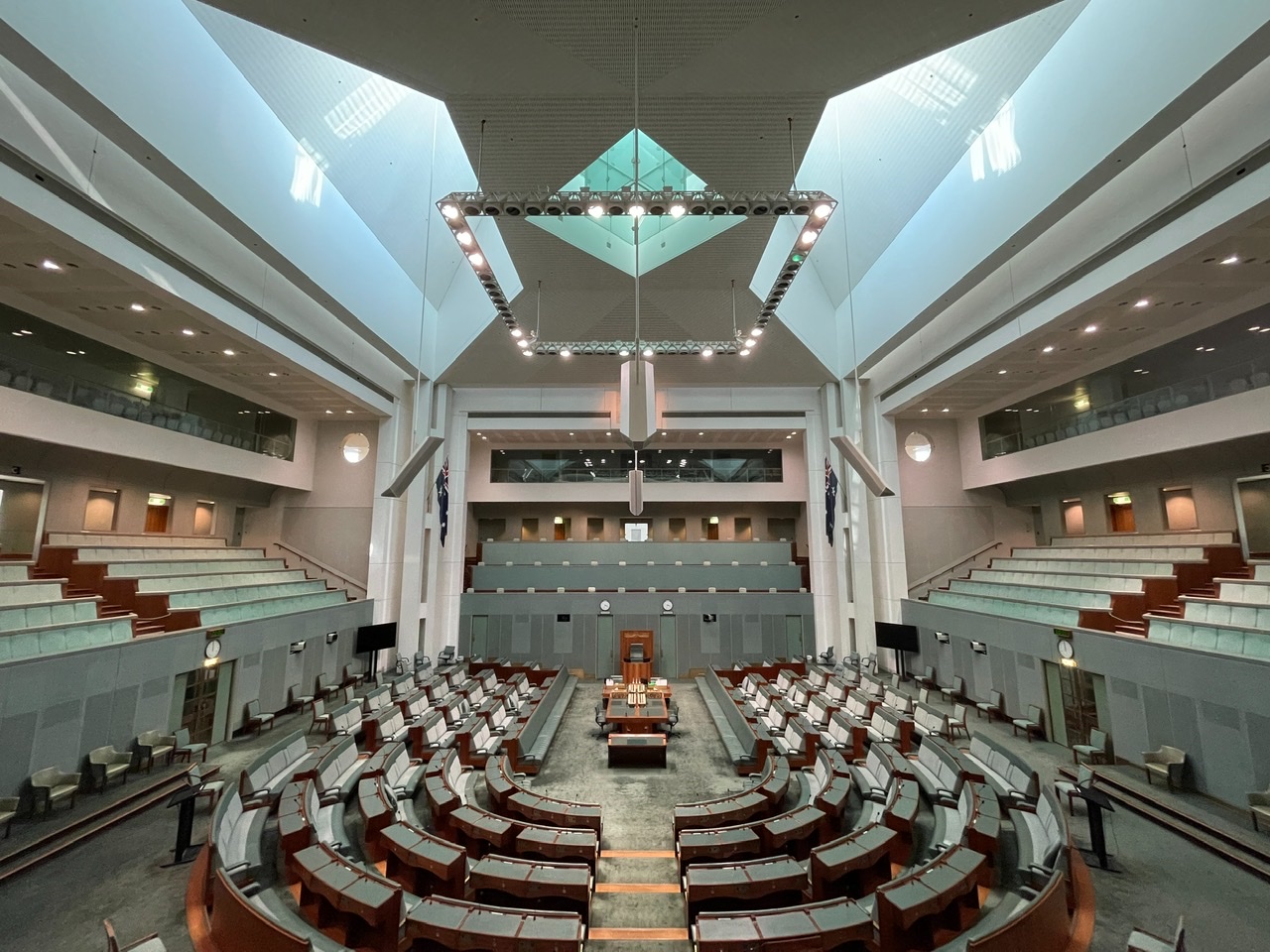 The Australian Government may be right to express concerns about China’s recent domestic and international behaviour under President Xi Jinping. But claims of having superior democratic values might have more credibility if the Government understood and genuinely upheld them.

Perhaps the most striking evidence of misunderstanding democratic values and the principles of responsible government was Simon Birmingham’s attempted defence of the carparks rort, that ‘the Australian people had their chance and voted the government back in’. Like too many other ministers and MPs, Birmingham seems to think that being elected is the only democratic value and, once elected, governments can do whatever they please.

Birmingham’s attempted defence is most striking as he is the Finance Minister and his portfolio has responsibility for the Public Governance, Performance and Accountability (PGPA) Act and its associated rules and directions. He and his department are responsible for overseeing the ‘proper’ – that is, ‘efficient, effective, economical and ethical’ – use of public resources. The PGPA Act, enacted under the LNP Government in 2014, was meant to enhance governance by applying common principles across the whole of the Commonwealth public sector; it mandates corporate planning, strengthened requirements for performance management and reporting and mandates careful risk management. The Finance portfolio is responsible also for the rules on procurement and grants management.

The principles of responsible government – our democratic values – involve an array of checks and balances, and the separation of powers, which ensure the government is not only responsive to the wishes of the people and accountable to them but is also fair, serves all the people and protects personal freedoms. When democracies appear to allow the rule of the mob, or to foster special interests or to condone mismanagement, as most starkly happened under the Trump administration in the US, they play into the hands of authoritarian regimes such as China. And it is hard to be proud of our recent record.

It is perhaps surprising that a conservative government has shown so little appreciation of the principles of responsible government and the institutions which protect them. Where are the traditional conservatives of the past, the Guilfoyles or Baumes, or the Kemps or Andersons, or even the Matthias Cormanns? Where is the equivalent of a Peter Walsh or John Faulkner determined to stop rorts and to protect the integrity of government?

It is also surprising that a conservative government would so trample over the principles of federalism which also contribute to Australia’s democratic values. There is a case, though long rejected by past conservative governments, for Commonwealth involvement in major city planning given its responsibility for ports, airports, national road and rail links and communications. But the subsidiarity principle surely means that the States have the lead role. The Commonwealth, as a partner, may provide broad financial support and pay for the investments directly associated with its responsibilities, but surely not pay for let alone decide upon carparks!

The litany of disregard for democratic values goes well beyond the sports rorts and carpark rorts. There is robodebt and its unlawfulness and abuse of vulnerable people, the lack of accountability of ministerial advisers, the closer political control of the public service, the constant circumvention of FOI obligations, the political appointments to the AAT and various government boards, the reduced budgets of the ANAO and other integrity agencies.

Genuine commitment to democratic values requires an agenda of institutional reforms and other actions. John Warhurst in an excellent column in the Canberra Times on 15 July presented his ideas for such an integrity agenda. Last week the Grattan Institute suggested that a similar agenda would also help to remove barriers to policy reform.

Let me highlight the measures I regard as essential.

First, a federal Independent Commission Against Corruption with teeth. Twenty years ago I did not think this was needed as the Commonwealth faces less risk of corruption than the States and local government which exercise regulation over property. But State ICACs have proven to put some fear into ministers and advisers about improper behaviour more generally and to strengthen the hand of those providing impartial advice and administering programs professionally. A federal ICAC must cover ministers, MPs and advisers as well as the public service.

Second, I suggest an overhaul of the Members of Parliament (Staff) Act to impose proper procedures for recruitment, clarify the accountability of ministerial staff, identify the values that should guide the behaviour of MPs’ staff and impose a code of conduct. It should also establish a clear authority to oversee them (and to provide them with access to independent review of alleged workplace misbehaviour). Consistent with the recent Foster Review, I suggest the Parliamentary Service Commissioner be given the latter role under the Presiding Officers; to ensure sufficient attention is given to the Commissioner’s expanded responsibilities, the current practice of having the APS Commissioner play both roles should cease.

Third, action is needed to reduce politicisation of the public service. The Government’s response to the Thodey Review rejected every recommendation that might constrain the power of the prime minister. My view is that the Review did not go far enough. The APS Commissioner should be firmly established as the professional head of the APS with the lead role in advising on top appointments. The Commissioner’s appointment should be subject to endorsement through a parliamentary process. Consideration should be given to the NZ arrangements which give much more weight to open and merit-based appointment processes for all top positions. Other relevant Thodey recommendations rejected by the Government that should be supported include more systematic use of evaluations in government policy decision-making, removing the staffing cap to reduce reliance on consultants, contractors and labour hire and clarifying the accountability of ministerial advisers (see second measure above).

Fourth, a range of measures to increase transparency in political processes including strengthening the regulations of political donations and lobbying. A recent ICAC NSW report provides a good model for the latter, recommending the widening of the definition of professional lobbyists, setting out principles for public officials when interacting with lobbyists, establishing a Lobbying Code of Conduct and strengthening the powers and resources of the lobbying regulator. Associated measures include firmer rules on post-separation employment of ministers.

Fifth, enhance the resources of the integrity agencies, particularly the ANAO and the FOI Commissioner, and stop the practice of circumventing FOI by making reports cabinet documents.

While the Morrison Government seems unable to publicly admit any error, perhaps behind the scenes the Finance Minister could, with support from his department, start pressing his cabinet colleagues to take seriously the spirit and letter of the PGPA Act.

Perhaps also the Attorney General, Michaelia Cash, might recognise that her role includes protecting the integrity of the legal system and halt her predecessor’s habit of political appointments to the AAT. She might also reflect upon the provisions of the Administrative Decisions (Judicial Review) Act, one of many laws within her portfolio’s responsibilities, that effectively defines the proper exercise of administrative powers, including that it is improper to take an irrelevant consideration (perhaps, for example, the electorate affected) into account.

Together, the two ministers might also revisit the proposed ICAC legislation.

Labor has the opportunity now to forge its own integrity agenda. The Shadow Finance Minister, Katie Gallagher, has a central role to play along with the Shadow Minister for Government Accountability, Kristina Kenneally (though Kenneally’s record when NSW Premier was decidedly poor). More than anyone, Anthony Albanese needs to demonstrate Labor’s genuine commitment, not just political point-scoring.