Antarctica: Where China and Russia get the blame again! 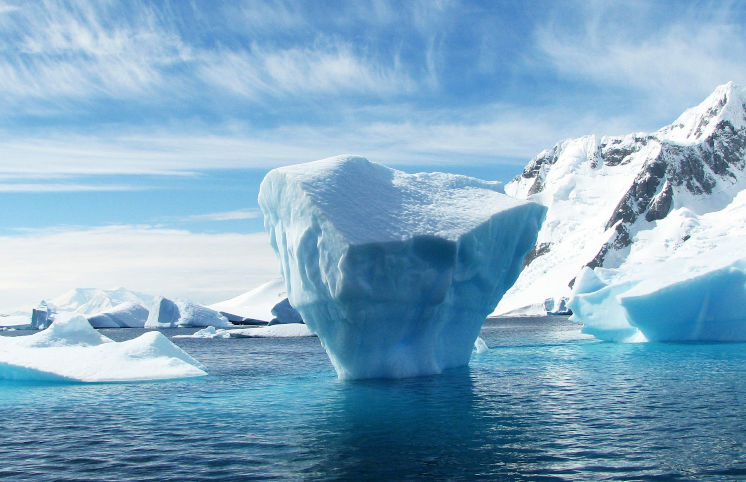 For Australia’s political establishment, the continent is a vast problem and singular opportunity. Image: Pixabay

A frozen continent. Another potential frontier for conflict and competition. Antarctica is a part of the world where real politician meets scientist; the desire for finding exploitable resources meets environmental expectations and fears.

During the Cold War, it became an area of exceptional interest. The United States and other partners eyed off the Soviet Union, which they wished to exclude from any regulatory regime. In 1950, the Soviet government made it clear that such opposition would be futile; it would be part of any such negotiations.

Riding the wave of scientific research as part of the International Geophysical Year (1957-1958), an initiative of numerous international organisations, the Soviets established the Mirny laboratory on February 13, 1956. This immediately caused discomfort to various participants, particularly the Australians, who had asserted a claim – unrecognised in international law – to a good deal of East Antarctica in 1933.

Editorials and opinions of warning proliferated. A piece in Sydney’s The Sun Herald wondered whether the Russians would “abandon Mirny to the penguins after 1959” or stay. The Advertiser saw the Soviet mission as “a potential threat to the security of Australia”.

Fears also circulated about the possible establishment of missile and submarine bases. This was despite the conclusion by an Australian Defence Committee in August 1955 that, “if Russia had any intention of attacking Australia it is unlikely that she would do so from the Antarctic”. In 1957, the External Affairs Minister Richard Casey expressed Canberra’s prevailing angst: “[W]e do not want the Russians to mount installations in the Antarctic from which they could drop missiles on Sydney or Melbourne”.

Scientists, as they tend to in such endeavours, nurse mixed feelings. Strong personal relationships were forged between nationalities, including the Australians and Soviets. The scientific explorer and physicist Keith Mather, after a visit to the Mirny Station, recalled a standard, boozy gathering between colleagues. “They have a most appropriate expression in Russian which means ‘I’ll meet you under the table’. That’s where we made our best friends”.

The eventual answer to Soviet intentions, and a rationale since used by other powers interested in the South Pole, was given by the Soviet delegate Boris Dzerdzeyevsky at the third Special Committee for Antarctic Research: “[a]s long as there is a need for scientific investigation, the Soviet expedition will be in Antarctica”.

For Australia’s political establishment, the continent is a vast problem and singular opportunity, even if Canberra has exaggerated its own contributions. The announcement by Prime Minister Scott Morrison of a boost in funding to the Antarctic effort came with much fanfare. In a government media release, the government promised to “send a clear international signal of Australia’s world-leading Antarctic leadership with an $804.4 million investment over the next ten years to strengthen our strategic and scientific capabilities in the region.”

Lapsing into the usual voice of the failed advertising executive, Morrison suggested that the package would aid things never before done. “The money we are investing in drone fleets, helicopters and other vehicles will enable us to explore areas of East Antarctica’s inland that no country has never been able to reach before.”

There would be continued support for “our world class scientists and expeditioners […] because their research on the frozen continent and Southern Ocean is critically important to Australia’s future.” But there would also be – and here, the electoral incentives ring true – benefits for Tasmania, which Foreign Minister Marise Payne described as “an international science hub”.

Scientists can certainly look forward to receiving some of the funding, even if it is conspicuously alloyed with politics. A new krill aquarium will be established in Hobart. The ice-breaking RSV Nuyina can look forward to “additional shipping support” to aid its “focus on extended science voyages.” But the stress upon observational capacity and transport is unmistakable, including $136.6 million for inland traverse capability, charting activities and “mobile stations” and $109 million “to increase aerial and inland capability”.

Environment Minister Sussan Ley gave a better sense about the broader political motivations in this funding increase. Ever lurking in the fine print is the threat posed by other powers. “We need to ensure that the Antarctic remains a place of science and conservation, one that is free from conflict and which is protected from exploitation.” By investing in science, Ley stated, Australia was showing a “commitment to our sovereignty in the Australian Antarctic Territory and its leading voice in the region.”

To journalists, Morrison was more explicit about those other nations, foremost among them China, seeking to assert control over a continent Australia had some obligatory undertaking to protect. “Well, we are a treaty nation when it comes to Antarctica, and we take those responsibilities very incredibly seriously. Now, not everybody respects those obligations and those stewardship responsibilities.” It was for such reasons that Canberra needed “to keep eyes on Antarctica”.

If only such keen eyes could be better focused on environmental concerns such as the exploitation of fish stocks and other conservation measures. No mention is made by the Morrison government of China and Russia in the context of frustrating various initiatives such as the creation of vast maritime protected areas or overfishing the keystone krill species. Given that the Morrison government has proven itself an environmental and ecological vandal in other areas, this can hardly puzzle South Pole watchers.

The other neglected issue, and one that adds further support to the thesis that this South Pole spending spree is no more than a jab at external enemies, is the history of funding for the Australian Antarctic Division (AAD). The money outlay may look superficially impressive, but it hides the fact that the AAD has had its funding savaged in the last decade. In 2013, the budget cut was a not negligible 8 per cent. It prompted a former AAD director to grimly conclude that the programme was running on “the smell of an oily rag”.

In 2016, that smell became that much more pungent: the Coalition had reduced funding to $83 million per year, down from $129 million from the last time Labor was in power. It came with plans to eventually cut back annual support to a pitiful and staggeringly inadequate $10.3 million per year by 2049. The Morrison promise, in other words, is a patch-up over a devasted programme. Antarctica has only now become relevant for rather different, and more sinister reasons.