ANTHONY HOGAN. Can we start again please? Towards reform of the Catholic Church?

The Australian Catholics Bishops Conference have announced that they are open to change. This article scopes out what such an agenda for change might need to address.

In its response to the Royal Commission into institutional sexual abuse, the Australian Catholics Bishops’ Conference asserts that it is changing and that it is prepared to continue to engage in change (https://www.catholic.org.au/acbc-media/media-centre/media-releases-new/2138-the-catholic-church-has-learned-is-changing-and-will-keep-changing/file). However, its idea of change and the kind of change people in the Catholic community are looking for, may not be the same thing. The Catholic Community looks at the culture and structure of its Church, and its governmental processes, and finds them wanting, while commentators like Chris Geraghty point out the need for root and branch reform (See Chris Geraghty’s piece of 24 May, 2018 on this blog). The fact of the matter is that we are yet to see what an agenda for change might look like (beyond some undefined notion of an ‘increased’ role for women in decision-making). Moreover, if there is to be a change process it cannot be assumed that the Bishops would remain in control of it. In this short piece I wish to scope out some aspects of a possible agenda for change, noting that there are a number of basic social issues that have to be on the table in order to for such a process to be effective.

First and foremost, there needs to be open agreement that the Catholic Church’s existing model of governance is broken and that its social license to operate is now under a cloud.  Moreover, while the institutional sexual abuse crisis may have brought issues to a head, it needs to be acknowledged that there are in fact a whole host of issues pertaining to belief and practice that are of concern to the Catholic Community. Any change agenda has to involve a systematic, far-ranging and informed review of the expression of Catholic belief and practice today, from contraception through to the wording of the Nicean Creed. Second, the social nature of the Church needs to be acknowledged and put on the table. The Church is a product of people and history. Its nature, functioning and particularly its decision-making processes are a product of decisions made of people, in differing places at differing times. Critically, the success of the Church as a global institution stems from it becoming established as a state religion, a socially unifying force, which enjoyed the right to determine and govern society’s moral agenda. This moral agenda I note, stems from the taken-for-granted assumptions that some people had about the world (e.g. patriarchy, imperial rule, the social position of women, and sexuality to name a few) at a given time, in a given place, a long time ago. Just as social science has helped us to realize that Eve never picked that apple, it also helps us to realize the socially constructed nature of our relationships and the rules which underpin them – rules which benefit some people and marginalize many others. Today we live in the surveillance society and as such, Churches are no longer needed to fulfil the role of God’s police. Third, it needs to be acknowledged that the social world within which the Catholic Church developed its existing management structures has undergone massive change over the past centuries. The world is increasingly moving towards decision-making models that are centred on participative democracy, yet the Church still operates as a monarchical and autocratic decision-making institution. Fourth, the Church needs to free itself from the prison of its own approach to knowledge. A Church that declares that it knows it all, that it has received all truth and that its expressions of such truth are unchanged and unchanging, does not readily position itself for change. Insights arising from the physical and social sciences have turned the creation and critique of knowledge on its head and in doing so, have problematized the whole way in which the Church approaches and manages constructions of truth. We cannot deal with the complexities of 21st century life with approaches to knowledge and power that were developed in the 4th century.

The Church is a social entity and many people have been marginalized by the way the Church has conducted itself. This marginalization has led to a mass exodus of people from the Church, and this exodus is global in nature. And while you’d think that people would want nothing more to do with the Church or God, the fact remains that many people still seek out a spiritual aspect to their lives. They are left stranded, however, by a Church that expresses belief and practice in ways that no longer resonate with them. It can hardly be surprising that in calling a Plenary Council 2020, the Catholic Church proposes that there is no need for change and that they choose to kick the difficult issues (e.g. voluntary clerical celibacy) down the road. The scale of change facing the Church is massive and it encompasses not only matters of governance or changes to aspects of a few social teachings. In this context change involves the need to start again and to redesign belief and practice from the ground up so that they are fit for the 21st century. This is a change process that puts everything on the table and which poses challenges not just for Catholics, but for all Christian Churches. The expression of Catholic belief and practice has to be informed by insights from the physical and social sciences while the Church’s model of governance must yield to the participatory nature of 21st century decision-making.

Anthony Hogan is Adjunct Research Professor, Practical and Contemporary Theology Research Centre, Charles Sturt University, Barton. He is author of the recently published book Can we start again please? Towards reform of the Catholic Church? which is available on Amazon. 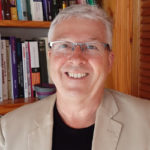