From a rubber band lizard tail shooter to a molecular biologist and later medical scientist, it took a life time to understand why the lizard loses its tail and is able to regenerate it completely. The advancement of molecule biology in science and medicine has created sophisticated tools for looking into the stimulation and mechanism of tissue repair and led to the introduction of the field of Tissue Engineering and Regenerative Medicine. A current example of fingertip regeneration is presented.

Hanging out with naughty kids is a scientific adventure when you were taught by the older kids how to shoot a lizard’s tail as they were scaling up the wall of your house on a warm tropical night. As you hit the target (the tail) with your stretched rubber band, the lizard drops its tail and flee. Meanwhile the tail dropped to the floor and wriggles like a small worm. I have often wondered why it is so.

The answers came some years later when I studied biology in high school where my science teacher (a M Sc graduate from MIT) started to talked about the subject. The dropping of the tail and its wriggling was a decoy for its predator who would eat the tail first and allowed the lizard to flee. He also told us that the tail would grow back. Indeed on closer examination of the lizards on the wall, the growth of a new tail was clearly visible in some.

Salamanders or newts also have the similar ability to regenerate a severed leg. These facts beg the question of whether humans can regenerate a lost limb.

Several decades passed since my first biology lesson on lizards and the passage of time was dotted with Nobel Prize scientific work such as the elucidation of the DNA structure by Watson-Crick (1950s), Protein & DNA sequencing (Sanger) in the 1960s and advancements analytical and stem cell biology in the (1970s). I was a student of molecular biology during this golden era of scientific research. These advances has allowed the scientists to explain the lizard biological phenomena.

The researchers found 23,000 genes in samples of sliced-up tails of green anole lizards. At least 326 genes were in specific spots along each tail were “turned on” during regeneratio suggesting that lizard DNA has a genetic “recipe” for regeneration.

Dr. Kenro Kusumi, a professor of life sciences said “We were expecting all of the regeneration to be focused at the tip of the growing tail. Instead, the cells are dividing in distinct pockets including muscle, cartilage, spinal cord, and skin all throughout the tail and from there, the cells would grow into new tissue to form a new tail”. These findings could be applicable to the re-growing of limbs in humans.

But back in the 1970s, scientists showed that children can sometimes regrow the tip of an amputated finger, as long as there’s a bit of nail left over and the wound isn’t stitched up. Later, they discovered that mice have the same ability. But why is the nail important, and why can’t a finger grow back without it? A new study provides an answer to this longstanding mystery appeared in Nature News:

According to by Mayumi Ito at New York University working on the mouse model, she have identified a population of stem cells lying beneath the base of the nail that can orchestrate the restoration of a partially amputated digit:

“The cells can do so only if sufficient nail epithelium (the tissue that lies immediately below the nail) remains. However, the process is limited compared with the regenerative powers of amphibians, but the two share many features, from the molecules that are involved to the fact that nerves are necessary. “I was amazed by the similarities,” says Ito. “It suggests that we partly retain the regeneration mechanisms that operate in amphibians.”

The current advancement of this research brings forth new fields of Tissue Engineering and Regenerative Medicine which are defined as:

Tissue engineering evolved from the field of biomaterials development and refers to the practice of combining scaffolds, cells, and biologically active molecules into functional tissues. The goal of tissue engineering is to assemble functional constructs that restore, maintain, or improve damaged tissues or whole organs. Artificial skin and cartilage are examples of engineered tissues that have been approved by the FDA; however, currently they have limited use in human patients.

Regenerative medicine is a broad field that includes tissue engineering but also incorporates research on self-healing – where the body uses its own systems, sometimes with help foreign biological material to recreate cells and rebuild tissues and organs. The terms “tissue engineering” and “regenerative medicine” have become largely interchangeable, as the field hopes to focus on cures instead of treatments for complex, often chronic, diseases.

The latest “miracle” regeneration of a human fingertip was aired on CGTN cable TV with glaring graphic details. The headline (18 October 2018) “US fashion designer describes how her fingertip has REGROWN thanks to plasma injections after it was bitten off by a puma while on holiday in Honduras”. In this case, PRP (Platelet Rich Plasma) technology was used and the procedure was managed by Dr Akash Bajaj in California. Concentrated autologous (patient’s own) platelets was injected in the affected area. Within 2 days, the patient’s finger began to return to its proper colour and within 2 weeks, her nail was growing back.

The world awaits the publication of the above case in the medical literature and my question would be focused on the homogeneity of the PRP cells and whether they contain the patient’s stem cells.

Fast forward into the future – we may expect regeneration of human organs and limbs. As for brains, I leave it to the Creator. 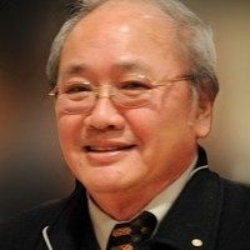