Don’t be duped by biased media, reporters and political commentators

We can still have a strong alliance with the USA, our very important partner. The USA can be a great asset and global good citizen if only it can change course to create peace not wars. Many ordinary Americans would take this course if they really are given a free choice.

The same can be said for the great majority of ordinary Australians. Australia can be a great mediator and peace maker between the USA and China and for that matter any other places where we are needed. We have done some great jobs in this area in the past through our diplomatic talents and skills ever since the United Nations was established.

Several upstanding personalities have warned about the current path Australia is taking regarding our Australia–China relations. The obvious one are our living PMs/Ministers like Paul Keating, Kevin Rudd, Bob Carr to name just a few. Many others learned people include:

Are our Government and Opposition, Ministers and Shadow Ministers listening?

A more independent foreign policy can still speak up against China and the USA when it is in Australia’s interests to do so. If we have evidence of political interference by China and the USA, they should be exposed and countered. Australia should consider assess its interests critically before going to war again with the USA, especially against China, and should voice its concerns to both. The answer is so obvious as everyone will lose out badly in the conflict. America’s trade war with China is also not in Australia’s interest and a more independent stance will benefit Australia more.

The sad thing about these anti-China media stories, is that they were successful in polarising ordinary Australians to hate China as in the USA and demonise a nation of 1.4 billion people who bear no ill will against the people of Australia or the USA. The proudly guarded sacral principle that the Western media has, is aiming for fiercely independent reporting to earn their reputation. This has been tarnished by some of our so called ‘independent’ major newspapers, in particular the Murdoch and Nine Entertainment Co. (which took over the newspapers of the former Fairfax Media). Sadly, even our previously well respected ABC and SBS are also being influenced recently.

The world is but one nation and its peoples one country as this pandemic has demonstrated to us. We are one but we are many. We are all in it together to build a healthier and prosperous planet for all of us, not just some of us. A war between the USA and China will destroy us all as we are all so interdependent on one another. Let us have a proper dialogue to prevent it and move forward to a brighter tomorrow. 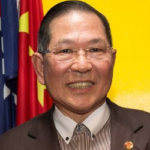