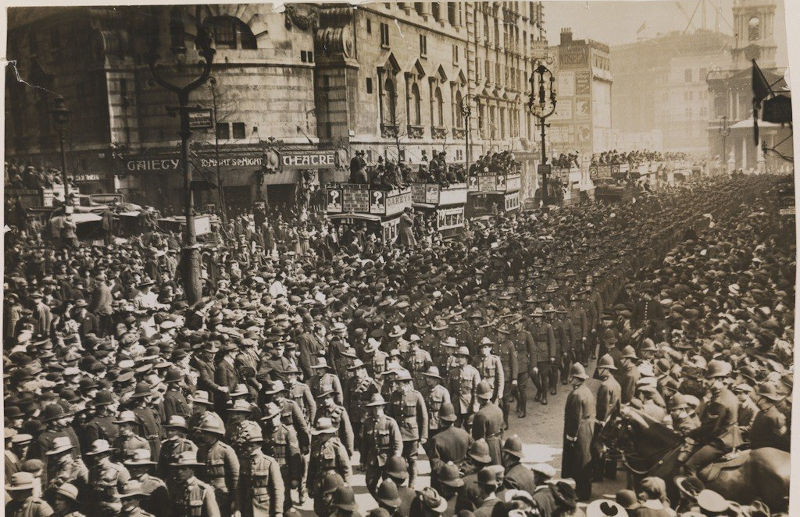 The evidence suggests that the Federal government sees Anzac as an attractive tool to open a new front in the culture wars and one where the Labor party might well be wedged.

The ongoing discussion between State and Federal education ministers about a national curriculum drafted by the Australian Curriculum Assessment Authority is still not finalised. There have been a number of sticking points, none more persistent than what history should be offered in secondary schools and how it should be taught. Disagreement spilt out into the main stream media late last year when Federal education minister Alan Tudge attacked the proposed history syllabus grading it with a ‘C’ and declaring that it would teach students a ‘negative, miserable view of Australia.’ And that could have serious consequences leading students to developing ‘a hatred’ of Australia which might affect their willingness to defend the country. Indeed, he wanted students to emerge from school ‘having learned about our country with a love of it rather than a hatred of it.’

It was the question of Anzac Day which Tudge found particularly confronting. The draft curriculum for year nine history included reference to ’the commemoration of the first world war, including different historical interpretations and contested debates about the nature and significance of the Anzac legend and the war.’ The minister was adamant. The Anzac legend, he declared, was ’not going to be a contested idea on my watch.’ The matter was quite clear. ’Anzac Day’, he explained, ‘should not be a contested idea. It is the most sacred day in the Australian calendar.’

Tudge’s reaction illustrated a central feature of Anzac Day. It serves two quite different purposes. It is a day of national remembrance, when all those killed in our wars are honoured. It is a day of collective lament. But it is also the occasion to pay tribute to a far more contentious proposition—that the Anzac landing in 1915 was a defining moment in Australian history.

As generations of children have been assured this was when we became a nation: that the young men who attacked the Ottoman Empire died so we could be free. Anyone who has talked to Australian schools in recent years will be aware how wide and deep this nationalist myth has been perpetuated. The two aspects of our ‘one day of the year’ become fused. To question the historiography is to disrespect the fallen, to trample on the sanctity of their sacrifice. It is only when this is appreciated that we can understand Tudge’s insistence that the Anzac legend should never be questioned in our school rooms.

But by any measure it is an extraordinary proposition. The origin, nature and consequences of First World War remain among the most contentious and widely debated historical questions. The allied assault on the Ottoman Empire does not escape this continuing scrutiny. And then there is the ongoing assessment by a whole phalanx of Australian historians about our involvement in the war in general and the Gallipoli campaign in particular. Arguments which counter the proposition that the nation was made in an Imperial campaign on the other side of the world have become widely accepted among modern historians.

The belief that nations achieve maturity in war was widespread in the late C19th and early C20th but it did not survive the horrors of the First World War itself. It is a case of irresponsible atavism to maintain such an old and dangerous idea. Do we really suggest that all nation states need a war as a foundational experience?

And then there is the equally extraordinary proposition that the young men at Gallipoli achieved in a few months a more enduring legacy than the achievements of far greater number of colonists and the Australian born children during a century and more of nation building. The Anzac legend gives priority to war over civil life and events on the other side of the world over what was achieved here at home. Tudge was right about one thing. If seriously contested the Anzac legend will not survive in its current form.

His vehemence requires further interrogation. The evidence suggests that the Federal government sees Anzac as an attractive tool to open a new front in the culture wars and one where the Labor party might well be wedged. The recent decision by the acting education minister Stewart Robert to delay his final approval to the new curriculum until just before May’s election clearly gestures in this direction.

It is safe to assume that liberal party strategists are aware of pertinent developments in the United States. History teaching has become a potent weapon in republican campaigning with strident demands to ban what is known as critical race theory or more generally to prevent teaching of the history of racism. At least 15 Republican states have introduced laws to ban teachers from emphasising the history of racial oppression. Late last year history teaching became the dominant issue in the election for the governorship of Virginia giving an unexpected victory to the republican challenger Glen Youngkin.