Apartheid state: the judgment of the world is turning against Israel 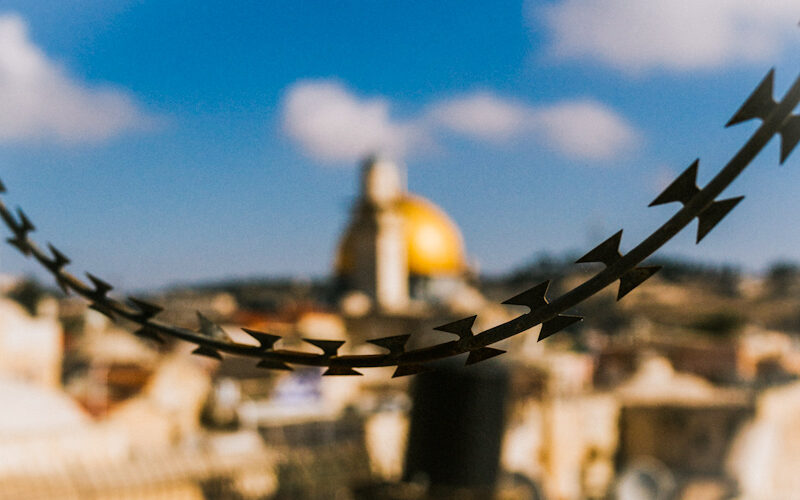 Amnesty International has accused Israel of apartheid, and the Jewish state’s actions against the Palestinians are attracting increasing criticism.

Amnesty International’s recent report declaring Israel to be an apartheid state will come as no surprise to those familiar with that country’s systematic and institutionalised discrimination based on ethnicity.

It underlines judgments already made by Human Rights Watch, the Israeli NGO B’Tselem and Palestinian human rights and legal organisations. Nor was it a surprise to hear that the Israeli propaganda machine was in full swing even before the report was released, accusing the authors of partisanship and antisemitism. Nor was it a surprise to hear the Australian prime minister quickly dismiss the report, saying no state was perfect and the report did not change Australia’s unconditional support for Israel.

At least Scott Morrison is consistent: reports of alleged abuse or corrupt activity by his colleagues are treated in the same way as serious alleged criminality by a friendly state — nothing to see here. Australia is quick to condemn ethnic violence against the Rohingya in Myanmar or the Uyghurs in China, but apparently championing the rights of Palestinians is off limits.

Shadow foreign affairs minister Penny Wong is correct to say that no international court has yet declared Israel guilty of the serious crime of apartheid. However, the case has not been put to a court. The International Criminal Court has agreed to hear accusations that Israel and some Palestinian paramilitary groups are guilty of war crimes. It is urgent that the serious accusation of apartheid criminality also be referred to the court.

If Israel was confident it would be found not guilty, it should be eager to have the case heard. Of course, it has no such confidence. Israel has enacted laws that entrench discrimination, including the 2018 Israeli New State Law. Increasing numbers of Jews, both in Israel and in the diaspora, are courageously acknowledging that apartheid is the best and only way of describing the policies of the Israeli government.

The pendulum is swinging. The actions of the Israeli state are increasingly becoming subject to opprobrium, not simply from human rights advocates but also from those who in the past have offered the state unconditional support.

Until recently support for Israel was a non-negotiable badge of identity for American evangelicals. The result of a recent poll shows that support for Israel among young US evangelicals dropped from 69 per cent to 34 per cent from 2018 to 2021. Commentary suggests the major reason for this extraordinary drop is that many young evangelicals now believe that Israel is an oppressor nation, a lawless state, squarely on the wrong side of human rights and social justice. Israel is now the villain, and Palestinians the mistreated.

“The images of Israel that dominate the thinking of many young people are vivid and almost unrelentingly negative: hundreds of Palestinian homes bulldozed, and Palestinian buildings blown up. They see reports from various human rights groups of the excessive use of force by Israeli police and Israel Defence Forces troops,” says a US-based commentator.

People are already making concrete responses to Israel’s behaviour. Protests such as the boycott of the Sydney Arts Festival, disrupting 40 per cent of performances, will increase, with a diverse section of society involved. When protesters are accused of antisemitism, it insults members of the Jewish community who, in the past or present, have suffered from real and cruel anti-Semitic behaviour.

The long list of discriminatory practices that contribute to the apartheid label have been frequently catalogued in Pearls and Irritations.

So, is there anything to be done? Yes, the following, for the sake of Israel and its long-term integrity and for the Palestinian people.

First, the accusation against Israel that it has institutionalised an apartheid regime, a crime in international law, should be taken up by the International Criminal Court.

Second, the paraphernalia of occupation must be dismantled under the supervision of the United Nations. Palestinians must be relieved of the cruelty of administration under military law while the illegal settlers who daily harass them are administered under civil law without punishment. This disparity in administration should have prevailed for a maximum of 12 months after the 1967 war, but it has continued for more than 50 years.

Only when the occupation has ceased and the Palestinians have a truly representative elected body can there be a foundation for true peace talks. Only then will there be some semblance of power and genuine authority for Palestinians at the negotiating table — currently they are expected to negotiate without legitimate representation and with Israel’s boot on their throats. Meaningful negotiations, of course, require a respected international mediator who can help establish a future in which all have the potential to flourish.

The future cannot — must not — be a continuation of the present. In the words of the 8th century BC Hebrew prophet Amos: “Let justice roll down like waters and righteousness as an everlasting stream.” Only then can peace and security prevail.