Manus and Nauru remain a focus in Australia for everyone concerned about the cruel treatment of refugees and asylum seekers and rightly so.

But spare a thought for some people in Bangkok. One of Bangkok’s best guarded secrets is the conditions in which detainees are held in its Immigration Detention Center (IDC). 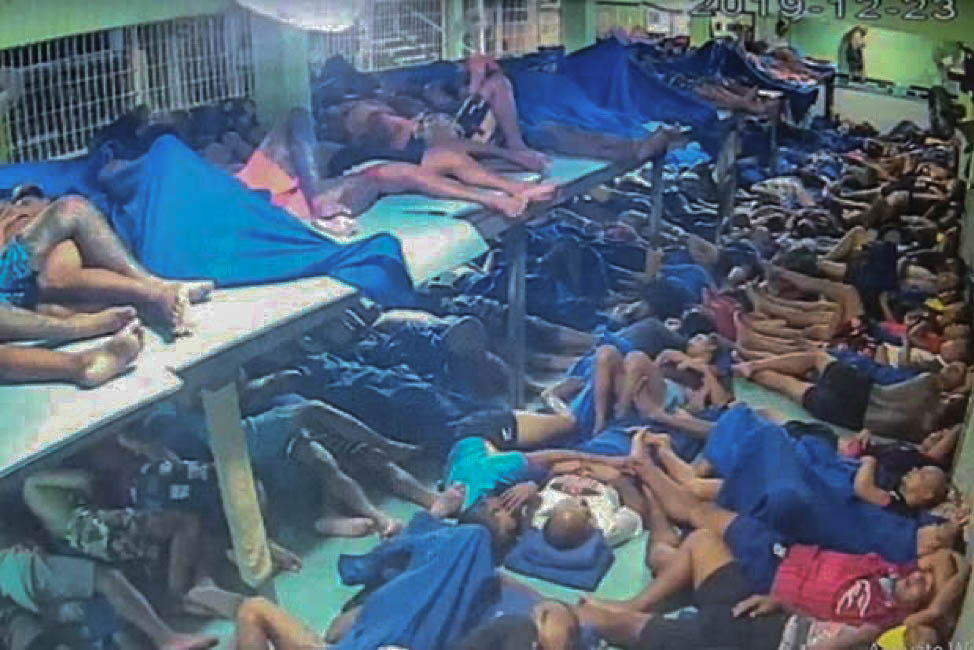 Visitors – family, support workers, Church service personnel – can get through the front gate with permission to meet previously approved inmates to provide food and water, support and some money to buy food from the canteen to supplement the meager provisions available to the inmates. But no one ever gets beyond the meeting area.

And photos are never taken and if anyone is detected taking photos on closed circuit television, their devices are confiscated and the photographer is expelled.

This picture made it out and appeared on social media and was published in the main daily in Bangkok. It appeared and went viral on social media -the usual source of uncensored news and information in Thailand.

What is so remarkable about this photo is that it capture was not detected on the closed-circuit TV monitoring every corner of the facility and then confiscated by the Immigration police in charge of the facility.

It vividly shows the desperately cramped conditions in which inmates live and the way in which diseases of all kind – viruses, TB and other lethal infections – are incubated and shared in unsanitary circumstances.

It’s Bangkok’s own Black Hole of Calcutta. The IDC is a facility built to accommodate 500 inmates and has usually been home to 1200 on everlasting sentences until they are bailed out (for about US$1500), resettled in a third country or are repatriated.

The IDC is currently being “renovated”. As a result, many inmates have been relocated to other facilities around Thailand – away from their families and support networks. Their return date is a matter of speculation.

In the facility, each inmate is allocated a space of one meter by 40 centimeters and the picture shows how much wriggle room that offers.

On December 19, a further 36 people of all ages were added to the IDC after an early morning police raid of a block of cramped apartments (4X3 square meters to accommodate up to 6 people) by the Immigration police in a suburb called Samrong about 20 kilometers from the center of Bangkok.

The apartment block had been considered “safe” by its occupants because the appropriate bribe was paid regularly to the local police each month.

The raid happened at 6 am without the Immigration police issuing any warning which they can do and then people run for their lives. One did and leapt out of a third floor window and broke his leg. He was rushed to hospital, operated on to correct the break and left the hospital in the company of friends. He remains the only refugee at large after the raid.

What is worst about this raid is that it means the incarceration of nine women (9 wives and mothers), children (12, with six under 10) and older people with chronic conditions that won’t get any medical treatment in the IDC.

An Appeal has been launched to bail out the nine women and the 11 children under 17 years of age. Bail is set for the adults at 50,000 Bt. (A$2400) and the target is A$21,600. As bail, the payment will be released and repaid when the inmates leave the IDC for resettlement in a third country, applications for which by mid 2020 are underway.

If you can help, donate here: https://jesuitmission.org.au/donate-bbkrefugees/

Arthur Sing is a Singapore based commentator on SE Asia