Radioactive portents on a burning earth 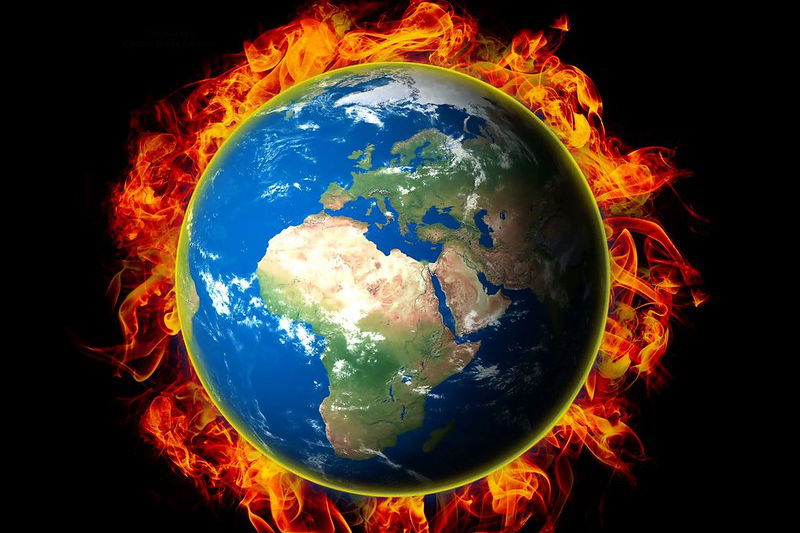 According to Fermi’s Paradox, the failure to date to achieve radio communications between Earth and extraterrestrial civilisations can be attributed to the short-term self-destruction of technological civilisation by means of contamination of air, water and land by lethal substances, and the creation of deadly weapons. In the 20-21st centuries this includes saturation of the atmosphere by greenhouse gases and proliferation of radioactivity. Lost in the 24 hours media news cycle is a crucial development inherent in the evolution of life on Earth since at least 66 million years ago.

An event on this scale has occurred when a large asteroid impacted the Earth, eliminating approximately 80 percent of all species. An extinction on a similar scale took place when emanations of toxic H₂S and CH₄ from blue and purple algae, accompanied by ocean acidification and oxygen depletion triggered a loss of some 57% of biological families, 83% of genera and 81% of marine species, at the Permian-Triassic boundary, 251 million years-ago. It is inconceivable that an event on a similar scale could be developing in our lifetime, but according the Bulletin of the Atomic Scientists, founded in 1945 by Albert Einstein and University of Chicago scientists who helped develop the first atomic weapons, the combination of current global heating and a nuclear catastrophe may lead to similar consequences within a “100 seconds to mid-night”.

If the history of the 21st century is ever written it would be reported that, while large parts of the planet were becoming uninhabitable, the extreme rate and scale of global warming and the migration of climate zones (>100 km per decade), the extent of polar ice melting, ocean warming and acidification and methane release from permafrost and sediments threaten to develop into one of the most extensive mass extinction events in the geological history of planet Earth. As total concentrations of atmospheric greenhouse gases approaches 500 ppm, CO₂-equivalents (Figure 1) (NOAA), approach double the pre-industrial age level of 280 ppm, consistent with global warming of more than >4°C, the threat of a near future atmospheric conditions as great as that of the great mass extinctions is growing.

This chart displays changes in the CO2-equivalent abundance and the Annual Greenhouse Gas Index (AGGI).

To date, there is no evidence Homo “sapiens” is capable, or even willing to take a meaningful action of stemming the greatest danger posed to advanced life on Earth since 66 million years ago. This is while most communications use the term “climate change”, the greenhouse gas heating of Earth is rising at a rate at least an order of magnitude faster than any recorded from previous warming events. Climate scientists have either been silenced or replaced by an army of economists and politicians, many with good intentions though quantifying the cost-benefit economies of mitigation much like corner shop grocers, with limited understanding of the physics and chemistry of the atmosphere. Imagine such approach was taken in the case of medical epidemics, like COVID-19?

Proposed mitigation actions are mostly focused on reduction of emissions, neglecting the amplifying feedbacks and tipping points projected by leading climate scientists such as James Hansen. At the same time as global heating is threatening the future of civilisation and of numerous species, nations keep proliferating nuclear weapons. With time the probability of a nuclear accident or war increases exponentially. At the root of the MAD (mutual assured destruction) policy, or omnicide, resides deep tribalism and herd mentality hinging on race, religion, ideology, territorial claims and the concept of an “enemy”, perpetrated by demagogues and warmongers, leading to an Orwellian 1984 world where “Oceania has always been at war with East-Asia”, as in the current “forever wars“. Promoters of war exist in every corner of the globe, while peace conferences are rarely in evidence.

As portrayed the consequences of even a “limited” nuclear war defy belief (Witze, 2020): Smoke from incinerated cities rise high into the atmosphere, wrapping the planet in a blanket of soot that blocks the Sun’s rays. The planet plunges into a deep chill.For years, crops wither from California to China. Famine sets in around the globe. This grim vision of a possible future comes from the latest studies about how nuclear war could alter world climate. They build on long-standing work about a ‘nuclear winter’ — severe global cooling that researchers predict would follow a major nuclear war, such as thousands of bombs flying between the United States and Russia. But much smaller nuclear conflicts, which are more likely to occur, could also have devastating effects around the world. ” 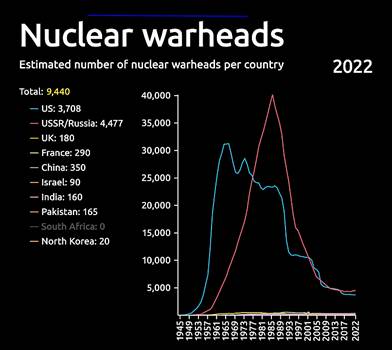 Figure 2. Despite significant progress in reducing nuclear weapon arsenals since the last Cold War, the world’s combined inventory of warheads remains large enough to turn much of Earth into radioactive dust.

Despite significant progress in reducing nuclear weapon arsenals since the last Cold War, the world’s combined inventory of warheads remains large enough to turn much of Earth into radioactive dust. As civilisation developed since the Neolithic the wish of humans for immortality led societies to construct pyramids, undertake human sacrifice, perpetrate death to appease the gods, expressed in modern times through world wars. As stated by Albert Einstein: “The splitting of the atom has changed everything bar man’s way of thinking and thus we drift into unparalleled catastrophes”.

For an intelligent species to be able to explore the solar system but fail to protect its own home planet defies comprehension. For a species to magnify its entropic effect on nature by orders of magnitude, developing cerebral powers which allow it, in the words of Carl Sagan, to become the intelligent eyes through which the Universe explores itself, hints at yet unknown natural laws which underlie life and death, consciousness and oblivion. We have entered the age of consequences. Will the species wake up from the nightmare of self-destruction and extinction of the living world all around us? 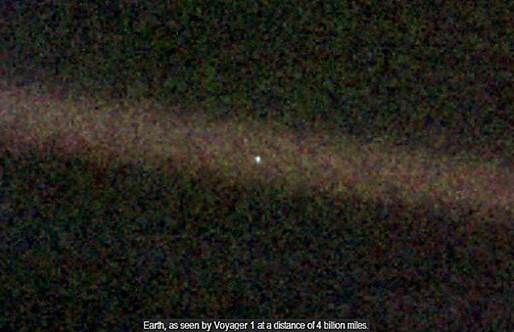 Figure 3. Earth as seen by Voyager 1 at a distance of 4 million miles

“Look again at that dot. That’s here. That’s home. That’s us. On it everyone you love, everyone you know, everyone you ever heard of, every human being who ever was, lived out their lives … Our posturings, our imagined self-importance, the delusion that we have some privileged position in the Universe, are challenged by this point of pale light. Our planet is a lonely speck in the great enveloping cosmic dark. In our obscurity, in all this vastness, there is no hint that help will come from elsewhere to save us from ourselves.” Carl Sagan 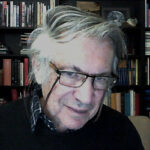