Trump can channel the anger of large numbers of alienated people, but the anger and paranoia exists independently of him, even though he uses this rage for his own purposes. And even when Trump is gone, these angry people will remain in our society.

The riot inside Congress last week is going to be with us for a long time, in terms of reaction and policy response. While we can lay responsibility on Donald Trump’s doorstep for inciting the violent behavior, he himself did not participate in the riot itself, nor did he pay for people to come to D.C. to be a part of it.

So who are they? Some are opportunists who flew private jets to D.C. to break windows, others are far-right racists flying Confederate flags, and a few are just normal Republican activists and officeholders choosing to indulge an anti-democratic violent fantasy. But many in what CNN’s Brian Stelter called an Extremely Online riot are middle or lower middle class people who found their way to radicalism through social media. The one who has been profiled in depth is Ashli Babbitt, a woman who died from a gunshot wound as she tried to climb into the Speaker’s lobby. In tracing her life, I think there are some lessons about what we can do to stop the polarization and radicalization of our society.

According to the New York Times, Babbitt was a 35 year-old woman from California who spent 14 years serving in the U.S. Air Force, deploying to both Iraq and Afghanistan. The U.S. government sent Babbitt abroad eight times, and though not every time was in a combat zone, such repeated deployments into violent areas tend to cause brain damage.

After her time at war, Babbitt had a modest propensity for violence, threatening a rival love interest by rear ending her with a car in 2016. She married, and bought a small business with her husband, a pool supply company called Fowlers Pool Service and Supply. There she ran into commercial problems common to small businesses these days. The pool business isn’t a good one, dominated as it is by monopoly pool supply distributor Pool Corp. (The FTC settled with Pool Corp in 2011 over a predatory practice called ‘exclusive dealing.’ This settlement clearly failed, as Pool Corp was bragging to investors earlier this year that one of its competitive advantages was “exclusive products.”)

Fowlers Pool Service and Supply predictably ran into trouble. So Babbitt took out what was known as a “merchant cash advance” from a company called EBF Partners, which she calculated charged her an interest rate of 169%. She quickly defaulted, and was embroiled in a lawsuit. Her lawyers argued that her lender had cheated her with too high of an interest rate. She lost, as “courts have held that such arrangements don’t amount to loans and are not bound by usury laws.” According to her brother, her politics weren’t particularly unusual, she was frustrated with homelessness in San Diego, and how hard it was to run a business. And then she got more into politics through social media, and then into QAnon.

So here’s the profile of a rioter, a working class person who went overseas eight times in military service, including two combat zones, who then tried her hand at a small business where financial predators and monopolists lurked. She then fell in with conspiratorial social media, and turned into a violent rioter who, like most of the rioters, thought she was defending America by overturning an election.

It’s easy to mock this kind of thinking, to see rioters as losers or racists. And no doubt there’s a strain of deep-seated racial animus that is with us and always will be, but I think ascribing all of it to such an explanation is too simple. Racist or no, Babbitt really was at one point a patriotic American, serving in the military for over half her adult life. More broadly, she’s far from alone in expressing rage at the status quo. There have protests against the existing social order for almost a decade, starting with the Tea Party, Occupy Wall Street, and then Black Lives Matter in 2014 and accelerating into protests and riots earlier this year. I’ve written about the relationship between unrest and corporate power in the context of those protests, a sense of alienation that normal political channels, that politics itself is not a realistic path for addressing social problems.

There’s no moral or practical equivalence between these pro-Trump rioters and those who protested against police brutality; anger against racism in America is grounded and legitimate, while QAnon paranoia is not. And the pro-Trump protesters are not a group of sad sack victims taking out legitimate grievances by attempting to attack the counting of electoral votes. What Babbitt did was obviously wrong, and she did not have to do it. Most in her situation do not.

But still, environments nudge us in different directions. And Babbitt was both an adult making dangerous political choices, and a product of our policy regime, having been a soldier in a violent unnecessary war and trying to make her way a society that enables predators to make money through financial chicanery and addictive products. She chose poorly, but she also had few choices to make, one of which was getting on social media and being lured into joining a violent and paranoid cult of personality.

I don’t know that a different set of life experiences would have led Babbitt to a different place, but it’s not hard to see why someone like this would start to imagine a giant secret conspiracy was controlling her life. It’s more likely that people will distrust political institutions if those political institutions have repeatedly failed them. After all, Babbitt didn’t send herself to war, George W. Bush, as much as he might condemn her actions at the Capitol, did that.

Again, I’m not justifying, but I am trying to understand, because anti-democratic rage, which we tend to center around specific political leaders, is deep-rooted. Three out of five Americans are lonely, which has created a suicide epidemic, a trend likely to increase dramatically with Covid. The opioid crisis is no secret either. Social media and QAnon should be understood as part of this broad-based social crisis. The way we do social media is addictive, and overuse can result in depression, memory loss, alcoholism, and reduced empathy and social development. The reality is that there are a large number of people like Babbitt in America and around the world, people who are lost souls, bereft of community ties, prone to be led towards extreme rootless religious-political movements.

There are two paths in a representative democracy if we have a large group who lives in a cult-like artificial world of misinformation, and many more who rightly or wrongly don’t trust any political institution. We can try to strip these people of representation and political power; that is the guiding idea behind removing Trump, as well as a whole host of conservatives, off of Silicon Valley platforms that have become essential to modern society. Removing these people is a choice to not have a society, to pretend that we can put these people into a closet somewhere and ignore them.

The alternative is less dramatic. We can take on the legal framework behind social media so these products aren’t addictive and radicalizing. As I’ve written, there are legal immunities and policy choices that allow Facebook to profit in especially toxic ways through compiling detailed user profiles and targeting them with ads. If we change how social media companies make money, we can change how these services operate to make them socially beneficial instead of engines of radicalization.

More broadly, we can try to rebuild our institutions so everyone has a stake in society again, and end the systemic cheating in our commerce that strips people of community. Just saying ‘trust our institutions’ won’t work, at least not until we make those institutions trustworthy. 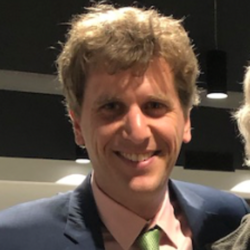 Matt Stoller is Research Director for the American Economic Liberties Project. His first book Goliath, published by Simon and Schuster, was released in October 2020.