ASPI, sycophancy and the deepening corruption of Australia’s strategic mindset 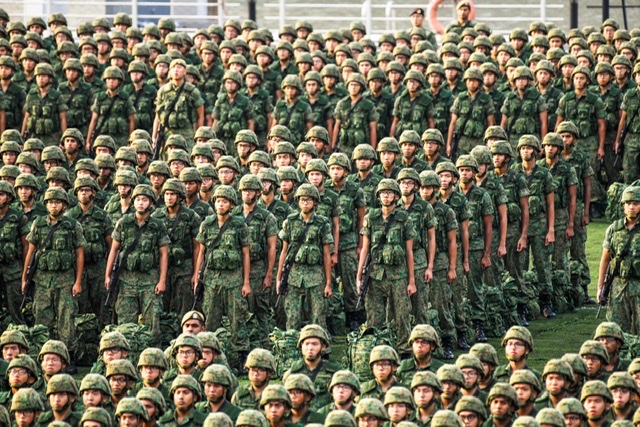 Last month, the Australian Strategic Policy Institute announced that its Executive Director, Peter Jennings, had warned another ostensibly independent think tank, the United States-China Economic and Security Review Commission, that China may trigger a major military crisis over Taiwan in the coming year. The catalysts are held to be twofold: the forthcoming centenary of the Chinese Communist Party and the domestic turmoil in the US resulting from the Covid-19 pandemic.

What observers are asked to believe is that this communication was an instance of the much sought after advice and wisdom of ASPI on a matter of grave concern to the western alliance system in general and the nations of Asia-Pacific in particular.

If this event is “read” beyond the superficiality of the reports which attended the event and also placed in the larger context of China-as-Threat, there are at least four interrelated themes running through the discourse: the institutions in question are disingenuous, even dishonest when proclaiming their independence; what is being promoted and peddled is a new variant of pornography – Threat-Porn; finally, whether admitted or not, financial support for the aforementioned is at the forefront of all considerations.

ASPI’s proclaimed “independence,” for example, an ASPI blog by Graeme Dobell, begs the question: “from what?” It cannot be from the many weapons corporations and governments that provide funding for it – and are prominently listed on its masthead. They do not do so on an altruistic basis: put simply, their interests are in the profitability of their operations, not in wide-ranging analyses of global politics which, as a matter of course, occupy a place on the spectrum somewhere between ambiguity and outright confusion.

As with ASPI, so with the CECC, created in 2000 by a Defense Authorization Act, with the legislative mandate to monitor, investigate, and submit to Congress an annual report on the national security implications of the bilateral trade and economic relationship between the United States and the People’s Republic of China. It was conceived and operates as a hyper-vigilant member of the China-as-Threat chorus.

An interesting appreciation and understanding of the performative qualities of the CECC-ASPI interaction can be borrowed from the history of liturgical music – specifically, the chanting of psalms whereby, within a limited range of notes, one body of singers intones the verse and the other responds with the antiphon.

As now configured intellectually and analytically, both have the same relationship to independence as would a collection of court adviser set up by Louis XIV to advise him on the limits of the monarchy.

Threat-Porn is hardly new; different variants were endemic throughout the Cold War and then again after 9/11. The current version promulgated by ASPI is designed to arouse both fear and strategic excitement with every demarche by China depicted in a sensational manner. An array of amusements and spectacles – so-called Freedom of Navigation Operations in the South China Sea and the Taiwan Straits are produced to satisfy the need for narcissistic powers to satisfy their cravings and exorcise their fears.

Prosthetics, off-the-shelf and custom-made, also help: enhancement is the objective. Magic products in the form of (temporarily) ultimate weapons are in continual production for the purpose of satisfying the need to dominate what, in reality, cannot be dominated.

In the process, China is not so much critiqued – a reasonable undertaking in the strategic analysis as it is with all global actors – but essentially dehumanised and degraded. The very notion that China, even a repressive China, has legitimate security concerns are jettisoned. The quest is to render China vulnerable, an object unworthy of empathy, devoid of culture and personality, a target only for exploitation.

And why? Basically, it saves time to understand that, whatever China is, it bears the scars of centuries of western condescension and exploitation. This, to be clear, does not excuse China’s excesses and defaults, but neither does it absolve the West from significant complicity in the present.

To concede this would be financially ruinous to those who profit from enemification [not sure what word this is, maybe indemnification?] and the hostile imagination it creates. Again, in simple terms, absent China as a rising power in Asia-Pacific and there is a strong presumption that the sponsors on the masthead on ASPI’s website would be significantly depopulated.

To reflect on these traits is to seek a deeper understanding of what bedevils the major Australian think tank on strategic matters as they relate to China. Taken as a whole, the outpourings of ASPI on China-as-Threat recall the title of Alan Renouf’s book, The Frightened Country (1979).

At considerable cost to its sponsors – but currently a profitable investment – ASPI and other like-minded institutes and centres are reproducing a strange, psychologically dysfunctional world in which Australia is, at its core, unable to cope on its own, or even to contemplate in a serious manner what it might mean to begin to navigate by its own domestic and regional lodestars. The future in these terms, is one of international docility in which independence is only a declaratory and definitely not an operational strategy.