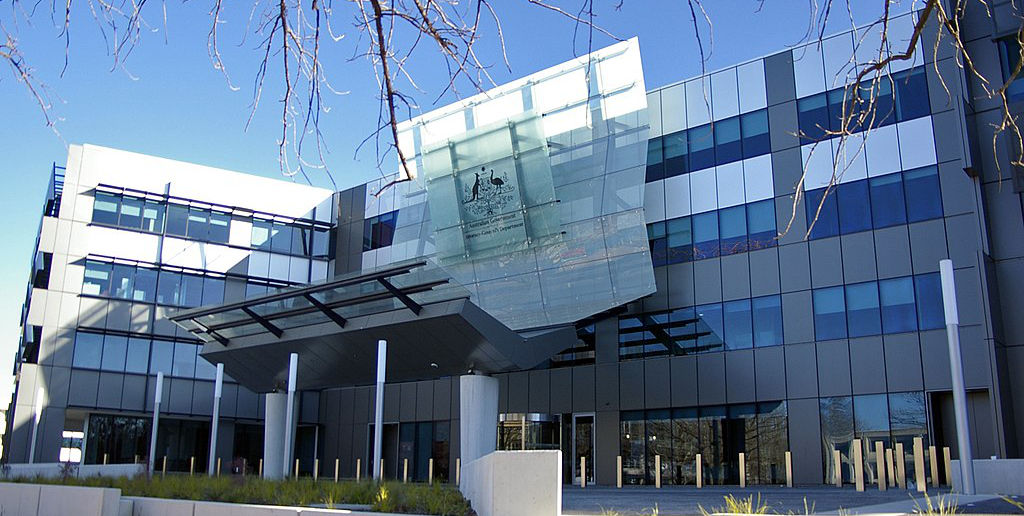 Attorney-General’s has long had agendas of its own. Image: Wikimedia Commons

Those in favour of a strong and effective integrity commission, including the retired judges who have done so much to outline the need, should be very suspicious of the central role being accorded the Attorney-General’s department.

To be certain, some of its present institutional weaknesses are because it was a slavish servant of coalition Attorneys-General, who had no interest in promoting any public interest, or even professional role for the agency, and got service to fit. No doubt it will be anxious to prove it is just as much an enthusiast for the policies of the present government. The question is whether it can, as presently constituted, and with a minister once happy enough to be regarded by it as tame and lazy, and certainly without a reforming agenda.

Attorney-General’s has long had agendas of its own, ones it promotes in internal forums of government at the same time as it pays lip service to the policy of the day. Long before the coalition government, it had always been opposed to an Integrity Commission, particularly one with ICAC-like powers. Its objections have not been ones of principle, nor focused on the risk of injustice, but at the threat such a body might represent to the way the public administration wields power. In much the same manner, the department which, 50 years ago, helped produce world-leading administrative reform legislation, including FOI, the Ombudsman, AAT, and the Judicial Review Act, has spent recent time undermining all of them. The stacking of the AAT by Attorneys-General might not be its own fault, but it provided no push-back.

Despite an official position that the federal government is a model litigant, beyond cheap tricks and arguments of convenience, it has watched and supervised such tactics by other departments, particularly Home Affairs, and has itself given secret advice which has assisted government to avoid its legal obligations. It has no friends or champion of watchdogs established by law, such as the Ombudsman’s office, the Information Commissioner and the Human Rights Commission. Institutionally as much as at various government’s will it has promoted illiberal security and terrorism legislation, and fiercely, if not always successfully, resisted efforts to create checks and balances.

Although ministers since Dreyfus’s first incumbency have been involved in cases such as the Collaery prosecution, and cannot avoid their own responsibilities, it has been the department, even more than security agencies, which have pushed the case, including efforts to hold a trial with evidence defendants cannot see.

This is not the body to be given carriage of legislation designed to promote integrity in administration, and better, cleaner, and more transparent and accountable government. A task force of experts, rather than expert underminers, would be far better, but even better than that, if the government is fair dinkum would be an advisory body containing the champions of integrity legislation. They are too important to be left in a vague consultancy role. Their opinions should be more than suggestions.

Government must also decide whether and to what extent bodies involved in law enforcement, in the security services, and in the intelligence community are to be subjected to the scrutiny of the integrity commission, instead of the tame, secretive and mostly ineffectual supervision of the law enforcement integrity commission. The new body might be just the thing for doing integrity tests on cops, and supervising the just investigation, and, if needs be, punishment of cops and Border Force officers who exceed their powers, use excessive violence on citizens, perjure themselves in courts or steal from the petty cash.

But why shouldn’t outright corruption and criminality – such as systemic bribe-taking, covering up criminality, failing to act on serious matters, or acting at the behest of others – be regarded as fundamental matters of corruption, open for public exposure. And what about serious police mismanagement, not directly going to criminal investigations, or the partial use of police or customs powers for improper purposes? What about deliberately inept and inadequate investigations, or poisoning the well against defendants by selective media leaking? If the law enforcement integrity body has ever investigated cases of this sort, I would be very surprised.

The end game is better decision making, by proper, open and accountable processes. The public, teals and greens, have as much interest in recreating this as Labor does.

Existing integrity legislation governing the intelligence community, including parts of it within Attorney-General’s, is quite inadequate, not least as represented by the Inspector-General and the Parliamentary Intelligence committee. The latter is a club of people, vetted by the security agencies themselves for being safe and tame, insiders committed to silence rather than making a fuss about abuse of power. It needs someone like an Auditor-General though not to check the accounts. This official should be able, of her own motion, to investigate intelligence advice, operations, and adherence to law, human rights, and the confinement of powers to the purposes for which they were given. The Inspector General may be an effective complaints agency, but the legislation has not proven adequate to the task of certifying good performance, and integrity. In particular, the intelligence community, including those supposed to be watchdogs, has been silent about war crimes, and official cover-ups, some at the highest level, and morally questionable behaviour such as the bugging of the Timor Leste Cabinet rooms.

Albanese and the government have moved quickly on the undone job of adopting and implementing recommendations designed to deal with workplace harassment, bullying and assault in parliament house, as well as, more generally, in the wider community. No doubt there is a continuing agenda, as well as a substantial task of implementation including taking some action about the history of parliamentary departments and the department of finance in covering up cases, and of punishing its own whistle-blowers.

Effective action, as even Morrison recognised, involves the leadership of all political parties, including their commitment to the proactive investigation of complaints. That liaison may be necessarily a confidential and informal process. But there should also be a formal committee taking some charge of making sure the system is working, is well known and understood, and able to talk to interest groups, particularly women about the development of similar protections in their own workplaces, homes, and public and private places.

Such a committee is, in any event inevitable. Albanese should take the initiative in helping his informal partners to own the system and helping him to make it work. If he insists on making whatever progress occurs only a Labor achievement, or mostly one, it will cause trouble.

Budgetary reasons, as much as differences about targets, may make individual actions on climate change primarily ones for government. But it is entirely in the government’s interest to see that the partners have wide powers to scrutinise what is being done, have access to bureaucratic as well as outside scientific expertise, and a “voice” in priority setting.

A clever Albanese would look for some additional partnership roles to reinforce the idea of partnership in a better quality of parliamentary and executive government. The Greens and the teals should be invited to get involved, with Labor, in reform of parliamentary disclosure rules, and in widening active supervision of conflicts of interest, gifts and benefits, outside employment, and post-parliamentary employment, in timely disclosure of electoral donations, and in the banning of some sources of donations.

An agenda for improved parliamentary supervision of the executive branch might also extend to more effective controls over lobbying, including by business, professional and interest groups, the regular publication of ministerial diaries, formal supervision of the probity of contracts, including the documentation of any ministerial or ministerial office involvement, and taking action to force the improvement of record-keeping by minders and ministerial staff. All of these are necessary adjuncts to a return to good government practices, including active enforcement of financial management legislation, which appears to have become a dead letter under successive coalition ministers for finance.

These are important reforms in which Labor has as much interest as any citizen. They are fundamental to better government, as well as to institutional controls against waste, inefficiency and corruption. But those engaged in the promotion of such reforms are not necessarily advocates for a particular decision – a matter for executive government. Their concern is that the decision, whatever it is, was made for the purposes the law intended, by the processes the law and the public interest demanded, and for the public, rather than some private or partisan interest. How good would it have been had one been able to say that all the decisions of Scott Morrison, or Josh Frydenberg, or Peter Dutton met that criterion. Down the track it might prove the Albanese government’s primary achievement.