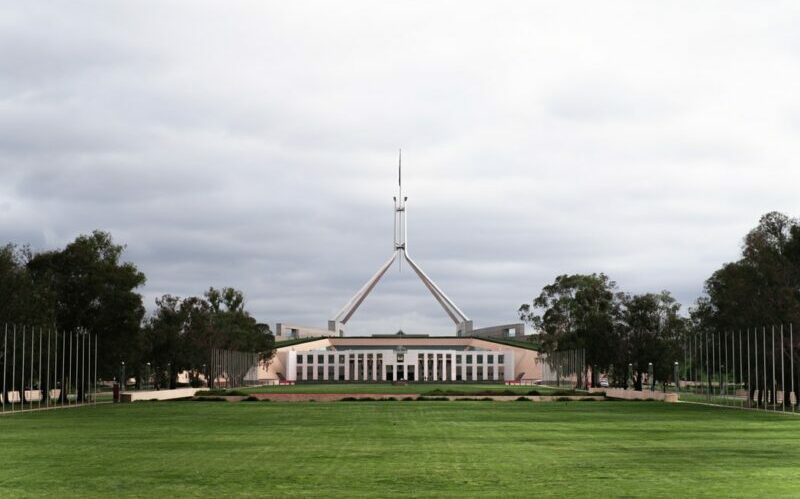 Imagine this. A $US65 billion contract to build submarines. A dollar value more than the GDP of Croatia and 135 other countries. An agreement to have one of Australia’s allies to build those instruments of war torn up five years into the deal.

Eighteen months of secret studies and talks initiated by a prime minister desperate for the next big announcement.

A new defence agreement which excludes France and cosies up to our pals in Washington revealed in a hastily arranged press conference.

A smiling president, a smirking prime minister and another whose permanent look of the cat that swallowed the canary is his trademark.

Three men, two of whom had names and the aforesaid “other” who hails from “down under”, wherever that is.

An ambiguous timeline that suggests construction of the said war machines will begin within “the decade”. Was that this decade or 10 years hence?

Is it 2040 when the first submarine will roll off the slipway? Unlikely, given Australia’s record of project management in matters of defence.

Then again it is more than probable that the subs will find their initial voyages into the Atlantic Ocean off Virginia, United States, than the calm waters of Gulf St Vincent, South Australia. It is the stuff that satirists love. Unfortunately the joke is on all of us.

It would seem that the principal goal, which has been already achieved, of that awkward acronym, AUKUS, is to deepen rifts between “us” and “them”. That the French are collateral damage does not seem to register on any radar, sonar, satellite or any other device submarines might use for surveillance.

Then again, it may have been diplomatic oversight.

“Diplomatic” is used advisedly as diplomatic urges seem to be vacuous in recent forays, like Afghanistan and China. Anyway, AUKUS has managed to encourage the French to rethink who their friends are, and Australia is unlikely to be on their Christmas card list.

For Australia that probably does not matter when really the only game in town is to be part of Thanksgiving, even if it is only as turkeys on the table.

China is not without blame in matters of global concern. Few superpowers ever are.

But for every human rights incursion there is a moral equivalent in places like Australia and the United States. Incarceration without charge, unfair treatment of different cultural groups, carbon emitting industries, journalistic bias. Familiar themes even in our democracies. The scale may be different, the effect is similar. The contested ground between us does not seem to involve human rights violations, the oppression of the Uyghurs, nor the absence of open elections.

The Americans made an inglorious exit from Afghanistan.

According to Joe Biden the war is over. Ask the women about the state of play. Ask those fleeing the cities and the provinces.

In no time at all a shameless re-insertion into the Asia Pacific is the next step. Out of one door and through another.

The supposed sophistication of America’s war efforts and strategic planning goes largely  uncritiqued. How quickly we forget the poor intelligence in relation to the swiftness of the Taliban’s take over of Kabul, the inability to deal with the guilty and the innocent in Guantanamo Bay, the fiction around Iraqi weapons of mass destruction, the crimes in Abu Ghraib, the surprise of the Tet Offensive, the atrocity that was My Lai, the turbulent exit from Vietnam.

Our willingness to sign up for the same old story which will inevitably produce the same chaotic pattern of behaviour with all its human and financial cost, is alarming.

If it was an individual perpetuating this conduct they would be referred for psychiatric treatment.

Now I come to think of it, AUKUS could well be a future addition to the Diagnostic and Statistical Manual for Mental Disorders. However, its treatment in the current context is problematic.

The list of missteps goes on, but we are “pals” and “mates” together. The marketing genius is the successful reinforcement of the “us” and “them” narrative.

This time we did not even bother to ask if you are with us or against us? We all know who the “them” are and we will put “them” in their place, even if it means we are now on a war footing of our own making. 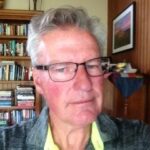 John Haren has been engaged in the community sector for over 30 years including eight years as CEO of St Vincent de Paul Society in South Australia. With a social work and social policy background John has worked with the homeless, asylum seekers and refugees, people with disability, those with mental health challenges and in the health sector. John was the first social worker employed by the nationally regarded agency addressing homelessness, the Hutt Street Centre. John's undergraduate degree was in economics. He has worked in all levels of government, local, state and federal. John lives in Adelaide, South Australia where he writes on many contemporary issues and is working on his first novel.