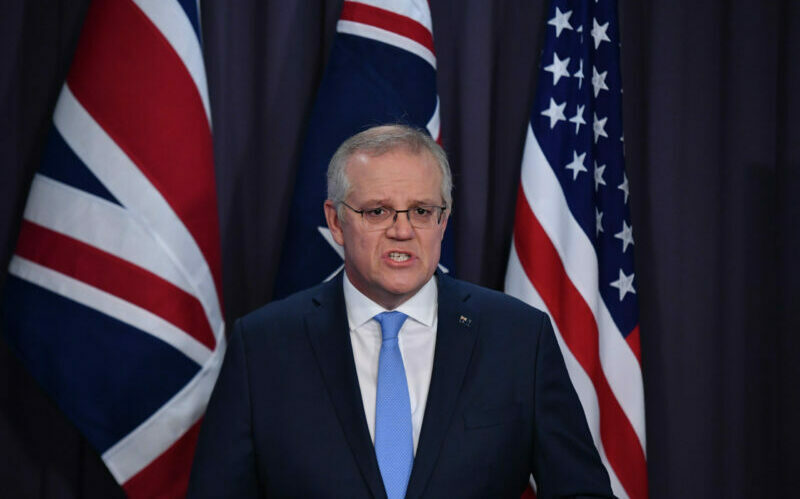 Since World War II, almost all independent states in South-East Asia have been shaped by successful anti-colonialist movements. Australia stands alone in the region, marked by a dominant political culture fixated in a colonial mind-set.

The idea of a fully independent Australia — one that can defend itself and contribute to good global citizenship ­— is totally beyond the imaginations of the country’s conservative, white, middle-aged, mainly male, mainly Anglo political leadership, some of whom appear to have the intellects of cane toads.

The same is true of their mostly Anglo supporters brainwashed by malevolent foreign influencers like the Murdoch media. These forces are determined that, in what is an otherwise post-colonial world, Australia has to remain a surrogate colony for the United States and for post-Brexit Britain, forever it seems.

Imperial powers expect their colonies to provide one or more of three basic benefits: 1) easy access to resources, cheap labour, and manipulable markets; 2) access to territory to protect their strategic interests (for example, military bases); and 3) the desire for “imperial glory”, to give them the appearance of “greatness” in the world.

For the USA, Australia has now become an integral part of its containing of China — hence the continued existence of spy bases like Pine Gap and the expanded military base in Darwin for rotations of US marines. AUKUS has consolidated this deal which, among other things, makes Australia a nuclear target. Meanwhile, the Australia-US free trade agreement continues to tilt very much in America’s favour, while the US merrily replaces Australian beef, wine, and barley producers in what were once Australia’s lucrative markets in China.

For the UK, Australia is a nostalgic reminder of the “glorious” days of Empire, particularly now that Brexit’s ugly chickens are coming home to roost. Any putative free trade agreement with the UK, post-Brexit, is likely to be insignificant for the Australian economy — if indeed an agreement is ever reached given the conditions the British are demanding, particularly in relation to Australian agricultural imports.

For the inhabitants of colonised countries, colonialism is first and foremost a cultural phenomenon. This means that a majority of the “natives” are led to believe that they are naturally subservient or inherently inferior to their colonisers. According to this racist narrative, the colonisers are therefore their rightful rulers. This grotesque belief is evidenced, for example, by segregated enclaves for the colonial rulers, by colonial rulers compelling local people to be their servants (or even their slaves), and by brute force. (See for example, Shashi Tharoor’s Inglorious Empire.)

Australia’s ongoing colonial political culture is founded on a hoary old myth about the so-called Anglosphere. It is a myth deeply ingrained in the national consciousness, symbolised by the “mystique” surrounding the British monarchy. (Fortunately, oafs like Prince Andrew are doing Australia great service by helping to undermine the baseless belief in the royal family’s lofty morality; at the end of the day they are a very ordinary lot.)

Tony Abbott once claimed that the “Anglosphere” countries (by which he meant Australia, Britain, Canada, New Zealand, and the USA) were bound together by a common language and a core culture with its roots in reading the King James version of the Bible and Shakespeare. Apart from the fact that many people across the entire “Anglosphere” have never read this literature, nor ever are likely to, he misses the point that all of those countries today are modern multicultural societies, increasingly cosmopolitan. To assume they have a common culture ­— let alone being economically, politically, and historically aligned — is naïve at best, stupid at worst. They are, and always have been, very different states and societies with distinctly different national interests and alliance networks. Disneyland is more real than the “Anglosphere.”

However, Abbott’s sentimental mythologising of the “Anglosphere” still has a grip on many Australians. The sad failure of a robust debate about the republic is one pointer to this backwardness. The maudlin attachment to the Queen and to some of the so-called “young royals” is characteristic of an infantile culture that cultivates a belief that a “ruling elite” is born to rule over us. As their alleged inferiors, Australians must bow or curtsey accordingly. The fact that these attachments have such a tight hold on the country’s self-imagining tells us much about the colonisation of the Australian mind.

The most recent manifestation of the colonial mind-set should be especially disturbing for thinking Australians. This is Scott Morrison’s revelation that he has committed the county to a defence arrangement with the US and the UK (AUKUS). Apparently, this means gaining access to US and/or UK technologies to drive eight nuclear-powered submarines in some distant future. But this cosying up to the US and the UK via AUKUS is a throwback to what the ancient Greeks referred to as “dog days” — days when ennui and lethargy prevailed. In contemporary Australian history this means returning to the days of Menzies and Howard when Mother England was personified by the Queen and the Queen Mother. But now we have Uncle Sam getting into the picture as well — and in due course he may be personified by Donald Trump again, or someone worse.

A more hopeful side to this depressing picture is the fact that Morrison, along with Peter Dutton, Angus Taylor, Michaelia Cash, Greg Hunt, and their ilk (including Christian Porter, Craig Kelly, and George Christensen, along with sidekicks Clive Palmer, Pauline Hanson, et al.), actually belong to a generation that is facing the end days of its domination of Australian politics. A generational change is stirring among younger voters who have profoundly felt values and very different opinions to most of the old hacks in today’s parliament, on issues as diverse as same climate change, domestic violence, women’s equality, Indigenous rights, gay rights, social justice, etc.

This younger generation is prepared to smash through mainstream political party expectations by supporting independents and mounting campaigns aligned with their values and expectations. It is a tech savvy generation turning social media into a powerful rallying tool to get their views heard. Consider the positive impact of the excellent young Australian of the Year Grace Tame, for example.

Additionally, the Australian electorate is becoming more ethnically diverse. Its once narrow Anglo character is being challenged by some impressive leaders from minority groups who are providing leadership on a wide spectrum of issues. The impressive lawyer and human rights advocate Nyadol Nyon in Melbourne is a standout example of this positive development in Australia’s changing political culture.

In short, a quiet revolution is beginning to blow in the Australian political winds. Some of its early effects are likely to be felt at the forthcoming federal election. It may be the beginning of the decolonisation of Australia’s political culture, a development that is long overdue. It’s time for Australia to join the post-colonial world.