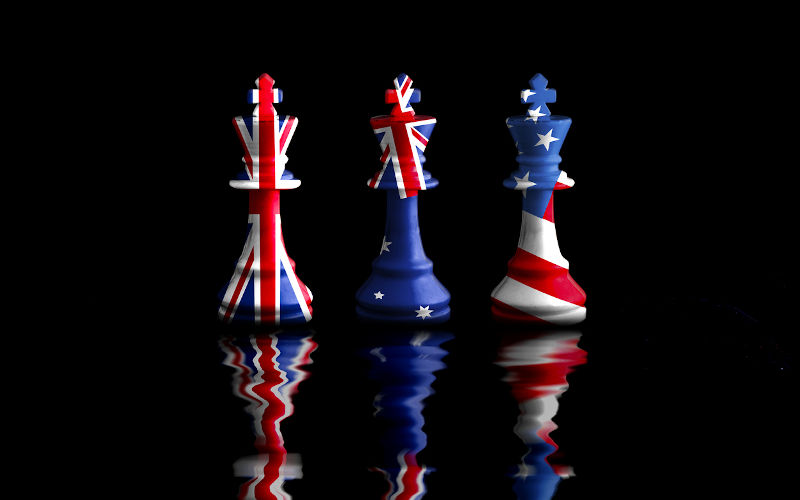 In all of my experience, AUKUS is the worst example of abuse within the so-called American alliance.

It is a prescription for failure and considerable loss of face for Australia amongst its neighbours, friends in the region and more widely spread friends and trading partners. In fact, the region has shown no support for the proposal and indicated disquiet.

Involvement with the US in the disastrous Vietnam, Iraq and Afghanistan wars should have given cause for thought, but no, a supine media, lack of debate within academic institutions and amongst what remains of an intellectual class has seen the AUKUS proposal gain ‘acceptance’ by politicians without so much as question or query. And this in the complete absence of planning detail and cost analysis.

There has been a lot of poppycock about acquiring nuclear submarines and of having them built in Australia with a lead time to delivery of 20 to 30 years. Only child politicians and their puerile advisers would be prepared to swallow such rubbish. The submarine deal was always a smokescreen to get US nuclear armed submarines based in Australia. The so-called deal was a sop to public opinion and for the moment it has worked with a China hating, US loving, Murdoch led MSM. Where is the sense in spending over $200 billion in the face of a one Trillion-dollar debt? The money would be far better spent on health, education and infrastructure.

AUKUS is nothing more than a US takeover of northern Australia as an operational base against China. Australia has rolled over and the new Minister for Defence, Marles, has gone so far as to offer full integration of the ADF into US force structures.

The most appalling defence acquisition program over 20 years has left Australia without a viable fighting force. Whose decision was it to buy the upgraded version of the Abrams tank? As an ex-tank man, I can say the decision is entirely without merit and smacks of lining US pockets at Australian taxpayer’s expense. The US has a history of foisting rubbish on the ADF, such as the F35, and Australia under leaders such as the toadying and incompetent, John Howard, of rolling over and accepting them.

Instead of weeks, which the US proposed, Labor was given just 24 hours to consider the AUKUS ‘proposal’ by the devious Morrison; it agreed in order to avoid a wedge in the face of the election. Anthony Albanese agreed to something that he knows nothing about. And to prove it he continues to grind on about nuclear submarines.

The Americans thought they were very clever in dragging the British in on the deal. Anyone but the arrant, arrogant and colonial Johnson would have demurred. The UK in AUKUS is unlikely to survive the departure of the incompetent Johnson. The British east of the Suez is the material for jokes. After Brexit they are much reduced and once the Queen dies their prestige will be on sale in second hand shops. The US made a mistake in dragging the UK  in. They probably thought it would add some weight to their containment of China.

AUKUS is all about the US and its rivalry and competition with China. It wants to use what Australia has on offer, a base to confront, and when the time comes, to attack China. There is nothing in it for Australia. We are not threatened by China. It is and should remain a major trading partner.

The wounded bison is thrashing about with its sole survival plan to wreck the China shop and it doesn’t care if it takes us with it. In fact, it is better to set Australia up as a primary target than Hawaii and the west coast of the US.

Darwin will become the centre of a US centre monitoring (controlling) all sea and air movements in a wide zone embracing much of the north of Australia with what will be termed a joint operations command. Tindal is being expanded along with Stirling in order to take US arms and delivery vehicles.

The QUAD is a quad in name only. India with its strong ties to Russia was never in it beyond the extent of Modi’s ego. South Korea and Japan will always play their own game depending on who is in power in Washington and Beijing. NATO moving into the so-called Indo-Pacific is little more than a US induced wet dream on the part of Stoltenberg who has absorbed nothing of Nordic notions of social justice and dialogue. No doubt the US is pleased with the NATO announcement seeing further China containment as having been achieved.

Anthony Albanese fans the fires of AUKUS with incomprehensible talk of submarines and staying in step with allies but much more so with his inflammatory statements about China.  Penny Wong has outdistanced her Coalition predecessor by leagues. She took on the very difficult task of rebuilding the relationship with China after the oafishness of Morrison and Payne over Wuhan and Covid. She is succeeding. She has deployed a nuance which is a pleasure to watch She has brought her considerable intelligence to bare. She has been subtle and tough minded. She is the person of the moment. Australia got what it needed.

Not so with Anthony Albanese. He has done his best to wreck Wong’s good work.  He talks of the continuing danger posed by China, forgetting the AUKUS takeover. He says China has changed and we haven’t? What does he think Morrison did? He trashed twenty years of relationship building, including a most successful visit to Australia by Xi Jinping in November 2014. And he and Dutton banged the drums of war as an election ploy.

Anthony Albanese has not attempted to get his head around foreign relations, in particular China. He is stupidly relying on the people who advised Morrison. People like the head of ONI, the LNP favoured, Shearer and the US arms funded, ASPI. Neither should be allowed near a Labor government. They continue to push the LNP/AUKUS agenda.

Penny Wong is not in that camp, which is lucky for the rest of the country. Albanese must learn to do his own thinking and to find the courage to sack and distance himself from the pernicious influence of Morrison’s dangerous and undermining advisers.