AUKUS is breathing new life into our oldest relationships – Marles 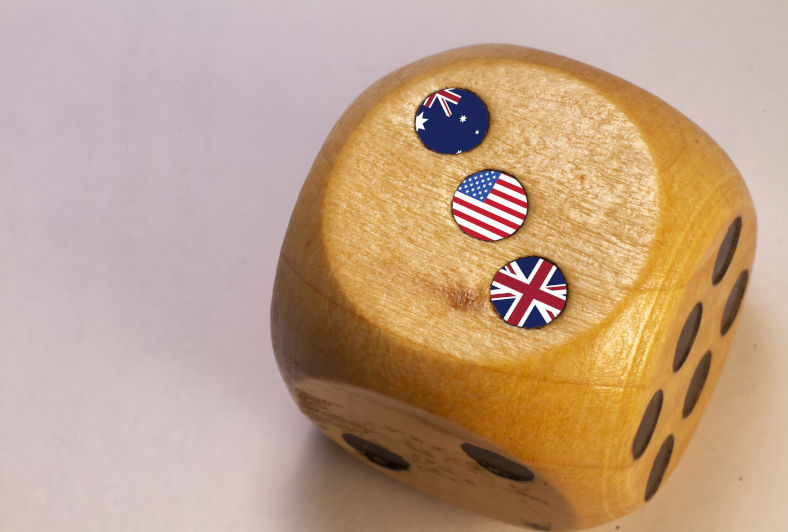 It will come as no surprise to readers of Pearls and Irritations that AUKUS continues to arouse contention while organised public opposition mobilises.

It had, after all, an extraordinary genesis. Conceived in secret by a now discredited, and indeed derided Prime Minister, it is being perpetuated as though nothing had changed in Canberra. Incoming Defence Minister Marles joined on at the tail end Morrison’s passing cavalcade, scarcely missing a step. Morrison had referred lyrically to ‘forever friends’; Marles followed up with the observation that AUKUS was ‘breathing new life into our oldest relationships.’ Clearly Canberra’s defence and security establishment saw Marles coming and welcomed him to the club with prepared policies and reassuring phrases. He went so far as to declare that possession of nuclear powered submarines would ‘make the rest of the world take us seriously.’

But if a little international exhibitionism was the sum of the matter we would have less cause for justifiable alarm. The submarines are primarily designed to attack China not to defend Australia’s borders or nearby waters and to be part of a White/Anglo coalition to go to war in our part of the world along with our forever friends who between them have led us into wars all over the world for the last 120 years. Only this time we would be at the geographical centre of a disastrous war while our great and powerful friends are both half a world away. But that is not the only reason to be astonished at the utterly reckless behaviour of the defence establishment which clearly operates largely in secret as a state within the state. They are able to gamble vast sums of our money—is it $70 Billion?—to deal with how they think the world will be twenty or thirty years in the future. And what of our Anglo compatriots? Do our current leaders really think they know what condition they will be in and be sufficiently confident to commit in advance to follow them into what could become the defining conflict of this century? Is their hubris so overpowering that they can contemplate a war which might well be fought by men and women yet to be born?

So is China our ‘forever enemy’? That seems to be the overpowering assumption in Canberra. But our own recent history should give us pause. The dramatic change in our relations with China between the official visit of President Xi in November 2014 and the end of the decade showed how fluid the situation was and that tides of policy and opinion are unpredictable. But how do we explain the dramatic deterioration in our relation with the country which remains, by far, our most important trading partner? China played a part in this but more to the point was a deliberate and co-ordinated campaign by Canberra’s defence and security establishment to turn the ship of state around. People who were seen as being too close to China were harassed. The influential think tank China Matters was confronted. Universities were warned about Chinese connections. Local governments were told to be careful about sister city relationships. The capacity of China to influence domestic politics was grossly exaggerated. Negative stories about China began to flood the local media. And it all worked with an effective speed which must have surprised even the most determined Sinophobes.

But the official, albeit clandestine campaign, was only part of the story. It succeeded because it was able to tap into deep currents of anti-Asian racism that have coursed through national life since the C19th and which provided the momentum for the passionate commitment to the white Australia policy. When by the 1960’s it became obvious that the game was up Australia slunk away from the increasingly contentious policy without any concerted national policy of historical reassessment. In 2006 Canada formally apologised ‘unreservedly’ for the discrimination previously practiced against Chinese migrants. Newfoundland, Labrador, British Columbia and the city government of Vancouver did the same. It is not certain that any one in Australia considered such an act of public recantation.

Evidence of anti-Chinese sentiment has been abundant in recent years. Racist attacks on people of East Asian appearance increased. Hostility to Chinese investment was pronounced, propelled by people who had no previous record of opposition to any other form of foreign investment. Conservationists seized on suspicion of China to add to their usual battery of arguments against what they thought inappropriate developments. The great increase of Chinese tourism before the pandemic caused considerable disquiet among people who were unsettled by the appearance of bus- loads of fashionably dressed, self- confident and obviously well to do visitors of a kind they hadn’t seen before. It was with small changes like these that it was possible to discern a community sense that the world was changing in unexpected ways, that the spectacular rise of China was profoundly unsettling and that the old familiar world of white supremacy was under siege, that China was acting above its accustomed station in the hierarchy of the world.

It became fashionable to talk about ‘standing up to China’. Leading politicians and bureaucrats commented darkly about ‘the drums of war’ or warned us about the inevitable clash to come. Wherever did this bravado come from? Was it all just loose talk or did prominent Australians seriously think a war with twenty percent of humanity was a smart idea? How could such a war be anything but a catastrophe for Australia quite regardless of the outcome? The consequences would loom over national life for the rest of the century.

Australia’s talk of conflict and the creation of AUKUS are clearly of concern to our neighbours. They do not want war in their neighbourhood, resist being forced to take sides between China and America and see the tri-partite Anglo alliance as a neo-colonial venture. Australia gives the impression of being unable to adapt to the new post-colonial world order and rather looks back to the time when it played a major role in drawing the global colour line.*