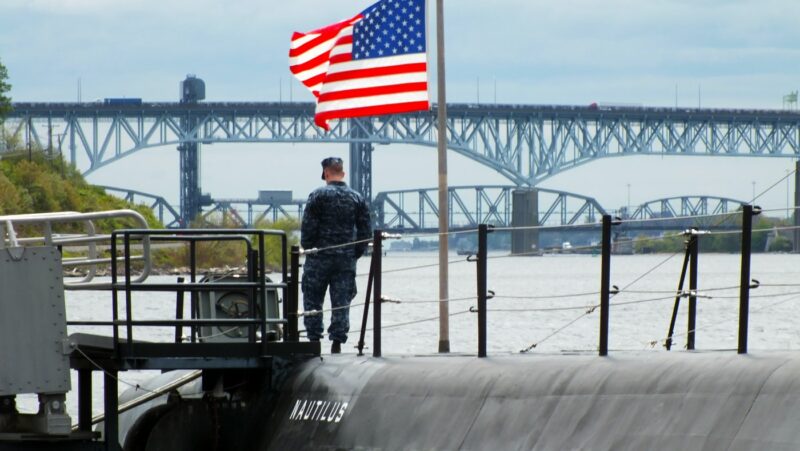 The White House failed to think beyond its Anglo-Saxon allies in London and Canberra when agreeing to sell Australia eight nuclear submarines.

The US’s north Asian allies Korea and Japan are much closer to China and more at risk, however slight. The Japan Times responded with a cool headed article spelling out the folly of the decision. It said the US, “has put at risk long-standing but fragile global pacts to prevent the proliferation of dangerous nuclear technologies”.

It also reported that US Navy ships “use about 100 nuclear bombs worth of Highly Enriched Uranium (HEU) each year”.

Although the US or the UK is supposed to build Australia eight nuclear-powered attack submarines under as new agreement called AUKUS, there is no realistic way this can occur without trashing Australia’s long-standing support for the world’s nuclear non-proliferation goals.

One of the key problems is the US Navy insists it is essential to use uranium enriched to 93 per cent to obtain the main fissile isotope of U-235, the same level as in nuclear weapons. It also insists it couldn’t switch to low levels of enrichment without greatly increasing the costs and size of the submarines as well as the construction time.

This means the US Navy will reject Malcolm Turnbull’s suggestion to get the French to supply non-weapons grade fuel. The British can’t help as they get their HEU fuel from the US. The enrichment to 93 per cent compares to around 40 per cent for Russian and Indian submarines. The French only enrich to 7.5 per cent, China to about 5 per cent and civilian power reactors to around 3.5 per cent. Anything less that 20 per cent is defined as low level enrichment.

The White House’s attitude has changed since the 1980s when the US blocked Canada’s attempts to buy nuclear submarines from the UK or France.

Nevertheless, some members of the US Congress and senior officials want the navy to shift to low enrichment to eliminate proliferation problems.

In a letter to The New York Times, former US undersecretary of state for arms control and international security Rose Gottemoeller said the proposal to share HEU-fuelled submarines with Australia “has blown apart 60 years of US policy” designed to minimise the use of HEU uranium.

“Such uranium makes nuclear bombs, and we never wanted it in the hands of non-nuclear-weapon states, no matter how squeaky clean,” she said.

But there are numerous other agreements that Australia might have to comply with if it stores HEU in its submarines.

In addition, the AUKUS agreement includes Australian access to other technologies, including Tomahawk long-range cruise missiles for the navy’s Hobart-class destroyers. Because the Tomahawk can be armed with nuclear or conventional explosives, this could make it difficult to comply with the Missile Technology and Control Regime which Australia has strongly backed.

Another hurdle stems from the Howard government’s passage of a parliamentary act in 1999 outlawing just about all nuclear activities, apart from mining and exporting uranium. If circumstances prevent the US from maintaining all the nuclear aspects of Australia’s future submarines, this might spark calls for the rapid construction of nuclear facilities here. But the necessary amendments to the 1999 act could be blocked in the Senate.

Prime Minister Scott Morrison can’t credibly commit Australia to never engaging in nuclear proliferation. In the 1960s, Liberal prime minister John Gorton took preliminary steps to develop Australia’s own nuclear weapons, explaining to the US secretary of state Dean Rusk that he did not trust the US to defend Australia if it had to use nuclear weapons. A prime minister sharing Gorton’s assessment could emerge at any time.

Perhaps the White House will overrule the navy after a protracted battle to ensure the new submarines use low enrichment uranium posing no proliferation problem.

Nuclear submarines are not essential

However, the deal would still make no sense for Australia.

Government sources are widely quoted as saying the cost of the new submarines will be well over $100 billion, yet the first one won’t be operational until after 2040 and the last until after 2060. By then, the submarines would be obsolete death traps, susceptible to detection and destruction by several existing and new technologies.

The time scale reinforces the entire air of unreality about acquiring these submarines, only a couple of which may be operationally available at any one time.

Some commentators suggest Australia must buy the submarines to help the US counter a Chinese threat to Taiwan.

But no one knows what will happen to China or the US in a radically uncertain future. By 2060, China may be the dominant country in Asia, it may have returned to its earlier policy of living in Confucian harmony with its neighbours.

The US could be ruled by a madman eager to use nuclear weapons.

However, the chances that Australian nuclear submarines will be involved in a war over Taiwan in 2060 is a  remote contingency.  It does not  constitute a rational basis for deciding now to commit well over $100 billion to these weapons platforms particularly when many of their capabilities can be supplied by aerial, surface or subsurface drones.

We should abandon the nuclear submarine project now.

In 50 years, Australia has never bought the best submarine for its needs

It is irrelevant to important issues facing the nation, including how best to defend the nation from military attack, tackle global warming and species extinction, and improve the social welfare and the school systems.

He said the US Virginia class, which many expect Australia to buy, are at sea as few as 15 times over their 33-year lifespan. He added that they are not “more capable” than other submarines if they are not available when you need them. In addition, he says cheaper modern, conventionally powered subs are significantly quieter and harder to detect. These are particularly suited to the shallow seas around much of Australia and the archipelago to its north, which remains critical to defending Australia.

Some pundits rejoice that that getting eight nuclear submarines will be a geo-political game changer.

The US has 68 nuclear submarines. The prospect of Australia getting eight by 2060 is not a game changer for serious American strategists.

By far the most important change occurred when Australia agreed to host several joint facilities that produce real-time intelligence fed directly into the US war fighting machine from Pine Gap outside Alice Springs, Shoal Bay near Darwin, and Geraldton and North West Cape in Western Australia.

Among other capabilities, these facilities intercept a huge range of electronic signals from China as well detecting data on heat emissions from missiles, jet engines and ground explosions.

There are no other electronic surveillance installations in the world that produce anything near this quantity of intelligence on China’s military communications and radar signals, as well as political, economic and scientific communications. Maintaining access to these facilities is far more important to the US than a few extra submarines after 2060. 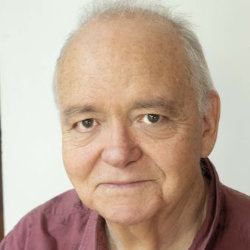