Despite periodic claims by political leaders in both Australia and Korea, neither government has capitalised on commonalities and shared interests to build a deeper and more strategic partnership.

Australians are struck by Korea’s expressions of gratitude for our role in the Korean War, and often see this as providing the underpinning for a close relationship today. The gratitude is enduring and genuine, but we would be mistaken to think it somehow gives us a privileged position in contemporary Korea.

To the limited extent that Australia engages Korean policy priorities, we are judged by what we can offer the ROK in the pursuit of its economic and political objectives. And Korea is judged in Australia, if it enters the public or political consciousness, as a major customer for Australian resources and a provider of high quality manufactured goods. Media attention is more usually focused on the eccentricities or belligerence of North Korea.

Commonalities are broad: robust democracies, like-minded middle powers, both allied with the US, similar-sized economies built on open trade and investment, both members of the G20, APEC, EAS, OECD and committed to a free and open Indo-Pacific region. Our economies, it is argued, are ‘complementary’.

But our respective histories and geography dictate very different outlooks on the world. We don’t share a common strategic outlook. Our interests intersect and overlap, but they’re not identical. Geography and history are powerful determinants of our respective frames of reference.

For Australia, our continental and island geography, straddling two major oceans, and history of looking to and working with great powers to underpin our security have obviously been important determinants of our strategic outlook.

For Korea, it’s very different. Much of the Korean peninsula was invaded and controlled by China from the first to the seventh century, and again as a tributary state of China from 1637 to 1894.  China’s massive support for North Korea in the Korean War and multiple contemporary irritants from fishing to the origins of kimchi continue to cloud the relationship.

Japan too annexed the peninsula from 1910 to 1945, its colonial legacy leaving behind a toxic residue of animus and unresolved issues, still potent determinants of Japan-Korea relations today.

The Korean peninsula’s subsequent division after the Korean war has left the south with a threatening and belligerent state – now nuclear-armed – immediately to its north. This is naturally the central and always immediate preoccupation for Seoul’s strategic planners.

So Korea sits close to an assertive China, a volatile nearby Russia which, during the Soviet period, was a critical backer of North Korea, a Japan where issues from the past cloud prospects for cooperation, and a complex alliance with the US, which underpins Korean security. Hence Korea’s geopolitical, security and economic interests are closely linked to these four countries. Relations with everyone else, including Australia, run distinctly second.

And Korea’s second tier of relationships is principally economic, trade and investment-driven. While that should be no bad thing for Australia, because of Korea’s dependence on our energy and natural resources, and the FTA between us, we have to compete vigorously for attention, paradoxically not helped by our long-term reliability as a trouble-free supplier. We don’t naturally command attention.

As a report by the Perth US Asia Centre recently argued, engagement, so far as it goes, is often based on shared status on the regional and global stage rather than in cooperation motivated by shared interests. We are compatible peers, but not always partners.

Faced with China’s proximity, growing power and economic opportunity, modern Korea seeks constructive and cooperative relations with China, Korea’s largest market, taking a quarter of Korea’s total global exports. This has brought about extensive engagement, but also deep underlying caution and, while maintaining its alliance with the US as the cornerstone of its security, Korea seeks to balance the two powers.

But the Korean government’s declared positive views of China are not shared by Korea’s population. A decade ago, opinion polling showed three-quarters of South Koreans saw China as a military threat, and that divide has since deepened further. In 2016, Korea’s agreement to host a US THAAD anti-missile system in the south provoked China to initiate a massive economic boycott of Korea.

The current Moon administration’s priority of opening a dialogue with the North, though, serves to moderate Korean policy toward China, as China’s cooperation is considered essential to any process of negotiation over North Korean denuclearisation or reunification. Fear of further economic retribution also looms in the minds of policymakers. As such, Korea has resisted or deflected US overtures for a more explicit commitment to a free and open Indo-Pacific or to the security dimensions of the Quad.

The US-ROK alliance came under unprecedented strain during the Trump administration. Trump argued for a massively increased ROK contribution to burden-sharing – the cost of stationing US forces on the peninsula. Trump’s threats to reduce troop levels, and his hasty commitment to Kim Jong-un to reduce exercises there has undermined trust in the durability of the alliance and predictability in its operation.

As with NATO countries in Europe, that has served to focus Korean minds on greater self-reliance, but it hasn’t much stimulated a search for new strategic, as opposed to economic, partners. Korea’s New Southern Policy is principally trade-driven rather than being related to security. Notably, it doesn’t encompass Australia.

Issues with Japan, too, have prevented greater intelligence or military cooperation, and Korea fears closer military ties with others will elicit further economic retaliation by China.

But as strategic competition in the region grows, Korea will be under increasing pressure to commit. Korea has the capacity to choose a bigger and more forward-leaning role in support of regional stability. Freedom of navigation in the South China Sea is absolutely critical to its supply chains for both imports and exports but, fearful of Chinese anger, it chooses to let the heavy lifting be done by the US and others like Australia.

Australia for its part frequently lists Korea as among those partners with which we will build a closer defence relationship to manage the rapidly changing strategic circumstances in the region. But on both sides, the effort has lacked ambition, commitment, resources and enthusiasm.

Australia has been a member of the United Nations Command (UNC) for Korea since the armistice ending fighting in the Korean War, and is arguably the most active of the ‘sending states’. While this, and our exercising on the peninsula under the UNC, has demonstrated to Korea our commitment to its integrity and to maintaining peace on the peninsula, Korea continues to regard peninsula defence as a US-Korea operation. It doesn’t see our limited bilateral defence cooperation as conferring an ongoing role for Australia in the theatre, other than the limited one under the UN Command.

Australia’s DFAT and Defence Departments and their ministers, on both sides of politics, have seemed comfortable with modest levels of engagement with the ROK and the US on the peninsula. This has been an opportunity foregone. Sustained efforts to get more intensive and higher priority collaboration could have contributed to alliance interoperability, encouraged – even pressured – South Korea to view our participation more positively and been a measure of our commitment to Indo-Pacific security.

In 2013, both countries agreed to establish annual meetings of foreign and defence ministers – a so-called 2+2 structure – making Australia the only country other than the US with which Korea had such an arrangement. But the process has underdelivered, producing anodyne statements and a ‘blueprint’ for action that has been modest indeed.

An Australian effort in 2014-16 to negotiate a visiting forces agreement with Korea was rebuffed, apparently as Korea did not want to further antagonise China by developing its partnership with a close US ally.

Australia’s recent contract with South Korea’s Hanwha to supply self-propelled howitzers – notably our first major defence procurement from an Asian country – and Korea’s current bid also to supply armoured personnel carriers offers an opportunity to reboot the defence relationship. A practical first step could be the negotiation of an Acquisition and Cross Servicing Agreement. But it takes two to tango, and it’s unclear whether both countries will take up the challenge.

If the two governments, their ministers and officials don’t attach priority to deepening the relationship – giving substance and benchmarks to the ‘comprehensive strategic partnership’, the 2+2 and its blueprint –  rather than being satisfied with often pretty empty rhetoric – and backing this up with resources and sustained attention, then it’s unlikely to happen. Simply proclaiming a strategic partnership does not make it so.

With the possibility of a return to a more conservative presidency and administration in Seoul following the presidential election next year, there’s a chance to inform and shape perceptions of the next cohort of Korean politicians.

The Perth study notes that Korea’s foreign policy is driven by the initiatives and leadership of its incumbent president. Australia needs now to identify and build relationships with the likely candidates and key members of Korea’s National Assembly, who are not well-known. That’s a job initially for our embassy, and should be a major task, if challenging preoccupation in the months ahead. We must actively seek to inform and shape their views of the region and Australia’s place in it before they get locked into office. Persistence and tenacity will be required.

But it then requires a commitment by ministers to follow up – to engage more regularly than hitherto, not only with their current counterparts in both government and opposition but with their likely successors. Past practice – in both countries – is not encouraging. Our attention to Korea is intermittent and often insubstantial. With Korea focussed on its big neighbours and otherwise implementing its New Southern Policy, much of the initiative – and pressure – will have to come from Australia. We must demonstrate we’re there, we matter, and bring practical ideas to the table.

Finally, COVID permitting, Australia also needs to re-engage with North Korea. There’s been little or no contact since 2016, when the government suspended our small humanitarian program and visits by officials. Our engagement paid big dividends in South Korea, elevating Australian access and standing as an interlocutor and contributor. Our suspension achieved nothing beyond reducing our influence in Seoul. 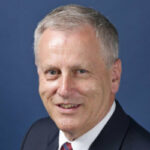 Bill Paterson was Australian Ambassador to both South and North Korea, and earlier to Thailand. He was also Ambassador for Counter-Terrorism.