Australia-China relations: a downward spiral that can be reversed

Is the current state of Australia-China relations inevitable? Understanding why there’s been a rapid deterioration over the last five years offers ideas for how tensions could be managed more effectively.

With reports that today China will place customs bans on Australian exporters of wine, copper, barley, coal, sugar, timber and lobster, a sense of inevitability may be taking hold that Australia and China are destined to have a bad relationship.

Some relationships are more challenging and require deft diplomatic handling to manage disagreements in a way that achieves as much of Australia’s national interests as possible. But differences aren’t destiny. For example, Prime Minister Morrison speaks in glowing terms about Australia’s “mates” in the Communist Party of Vietnam.

So is the current state of Australia-China relations inevitable due to different political systems and US-China tensions? Or is at least some of it due to bilateral tensions that could be managed more effectively?

During the last five years there has been a rapid deterioration in Australia-China relations.

In 2014-5 relations hit something of a high point. Australia and China agreed to a “comprehensive strategic partnership”, the highest designation short of a formal alliance. Australia and China agreed to the China Australia Free Trade Agreement (ChAFTA), opening up significant trade opportunities. And in a piece of symbolism, President Xi Jinping visited Australia, delivering a speech to the Australian Parliament and touring Tasmania which, amazingly, meant that he had personally visited every Australian state and territory.

The future looked bright, in line with President Xi’s 2012 description of China’s relationship with Australia as a “model relationship”. With no historical enmities or territorial disputes, a large Chinese-Australian diaspora and, perhaps most importantly, Australia enjoying a healthy trade surplus with China – there seemed to be the basis for Australia to have a good relationship with China, within the parameters of their different political systems.

Fast forward to today and the relationship looks very different. Commentators including former Ambassador to China Geoff Raby say that it is at the lowest ebb they can remember.

This is particularly evident in public opinion, with the Lowy Institute Poll recording a large drop in warmth towards China. Recently the Pew Research Center found that 81% of Australians hold an unfavourable view of China.

At the policy level, there is a polarisation between “China hawks” and “panda-huggers” with a dangerous foreign policy identity politics taking hold. It has become an increasingly toxic environment for Chinese-Australians to engage in policy debates.

What issues have been at stake?

Although the deterioration of relations has occurred within a context of rising US-China tensions, the issues at play have been primarily bilateral.

From Australia’s point of view, some of the major factors include:

For China, major factors include:

At the diplomatic level, Australia has received regular criticism from the foreign ministry and a freeze has been put in place on official and ministerial contact. China issued travel advice warning tourists and students against visiting Australia.

Trade actions have been taken on beef, barley and wine – ostensibly in response to Australia’s past anti-dumping actions – and there’s been a “go slow” on buying Australian coal. If the reported customs ban on seven categories of Australian exports is confirmed, this will mark a new low.

This year has appeared to mark a shift in Chinese perceptions, with Australia increasingly framed as troublesome. Global Times editor Hu Xijin went as far as to describe Australia as “a bit like chewing gum stuck on the sole of China’s shoes”.

Looking at this steady deteroriation, it’s clear that it’s not purely because of US-China tensions or different political systems. There are specific issues at play.

That means that they can be managed differently.

In three of the issues, Australia could have decided on exactly the same policy but presented it with less “excessive zeal” to be less damaging to relations. For example, commentary around the decision on 5G could have been less of rallying cry to other countries. The call for a COVID-19 investigation could have been pursued in coalition with others as a contribution to global governance. And foreign interference legislation could have been presented as a common-sense measure to protect Australia’s system of government. Instead, Prime Minister used one of the most famous sayings attributed to Chairman Mao:

That certainly got China’s attention.

With Australia currently relegated to the category of “unfriendly countries”, at this point it may have to make a significant gesture or statement to show its willingness to arrest the decline. Two recent indications that China may be interested in stopping further deterioration – by Deputy Ambassador Wang Xining and former Ambassador Fu Ying – haven’t received any obvious reponse beyond the introduction of the misconceived Foreign Relations Bill.

When I hear people say that Australia has no choice but to stand up to China, I’m reminded of the words of Singapore’s Ambassador Bilahari Kausikan:

“I once asked a senior Vietnamese official what a change of leadership in Hanoi meant for relations with China. Every Vietnamese leader, he replied, must get along with China and must stand up to China, and if you cannot do both at the same time, you don’t deserve to be leader.”

Unfortunately, at the moment Australia is only getting half of the equation right.

This article is based on the author’s presentation at an Alfred Deakin Institute for Citizenship and Globalisation Public Policy Forum “Wither Australia China Relations” on 29 October. A recording is available here. 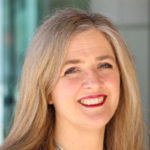