Australia Day: The contention is inescapable 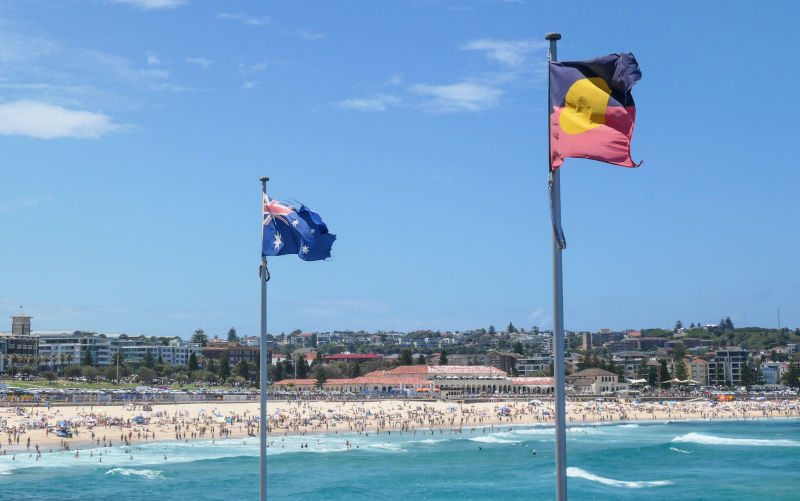 Contemporary Australia is not the wayward step-child of Britain. It was created in our own country. Is it time to establish an Australia Day freed from the dark shadows cast by the now discredited British Empire?

Debate about Australia Day began early this year. The Albanese government rescinded the regulations which forced local government to hold citizenship ceremonies on the 26th. Universities and corporations are rethinking policy towards the recognition of the public holiday. The University of Wollongong announced recently that staff were to be given the option of not recognising the public holiday in a show of solidarity with First Nations people citing the painful associations it had for indigenous communities.

At the same time there are many plans already in place to make the day much more inclusive. For the first time the Australian and the Aboriginal flags will be raised together on the Sydney Harbour Bridge and the sails of the Opera House will be lit up with indigenous art work. Aboriginal singers and dancers will perform on the day. The Chair of the Australia Day Council of New South Wales Andrew Parker declared that the purpose of January 26 was to celebrate ‘the community coming together and the incredible tapestry of different backgrounds and cultures that makes Australia unique.’ His colleague, the Council’s Creative Director John Foreman concurred, remarking that the Day is ‘about celebrating and shining a spotlight on our diversity.’ Premier Perrottet added that Australia Day brings people together to celebrate our strength, our generosity and our resilience. ‘Our history is not perfect’, he observed, ‘but for all our flaws, and for all the challenges we face, today let’s remember that, as Australians, we have so much to be grateful and proud of, and a right to feel hopeful and optimistic for the future.’

There are no doubt many other plans to change, and thereby to shield Australia Day, from its legion of critics. They are unlikely to be reconciled to the status quo. Too many unresolved problems remain. While few people would oppose the celebration of our diversity and resilience they could clearly both be commemorated on any other day on the calendar. Many studies show that Australians want to have a national day to reflect upon our distinctive characteristics and way of life. But there are few reasons to continue to stick with January 26th and far more cogent ones which point in the opposite direction. The overriding reason for change is that whatever is done on January 26 it is inescapably shackled to British Empire and our dwindling sense of Britishness. Given the manner in which Britain colonised Australia the arrival of the First Fleet should be cloaked in infamy. It is hard to know where to begin. The decision to establish a penal colony in New South Wales was made in a hurry by people who knew very little about Australia. The advice they received from Joseph Banks, who had sailed with Cook in 1770, that the continent was largely uninhabited was dangerously erroneous. Both international law and current practice at the time would have suggested that the British would establish their colony in a small coastal enclave following negotiations with the resident communities. Instead the extraordinary decision was made to impose British sovereignty over the eastern half of the continent and for good measure to assert Crown ownership of all the property. Australians are so familiar with the story that they don’t realise how extraordinary this behaviour was. And how catastrophic it was for our First Nations. It predetermined the disasters which were to follow and which still reverberate across the continent.

The persistence of the idea of the benign British Empire, being challenged as never before, still finds a welcoming home among Anglophile Australians. Their view of late C18th England is tinged with the idea of a gentle and gracious society as depicted in the novels of Jane Austen and the paintings of Thomas Gainsborough whose most famous work The Morning Walk was completed when the government was on the verge of deciding to colonise eastern Australia .And this was the nation which in 1788 was the leading participant in the Atlantic slave trade and which dispatched over a thousand convicts who had been wrenched from their homeland and their families and thrust into permanent exile mainly for minor property offences.

The inescapable question is why would anyone with a sense of history want to celebrate the arrival of the first draught of wretched, brutalised exiles? The response of traditionalists is that despite such inauspicious beginnings the British arrival represented the rudimentary founding moments of the rule of law and of our democratic political traditions. It is not hard to discern here the continuing sense of the colonial deference expected in Britain but long past its use by date. The common law operated to protect private property before all other considerations. The aristocracy and landed gentry made the laws and used them to preserve their wealth. In the early C19th the richest 10% of the population controlled between 85% and 90% of the nation’s wealth. No-one living in eastern Australia between 1788 and 1853 could be unaware of the true character of British law.

Similar assessment is necessary in relation to the assumed British origin of our democratic institutions and captured in the common saying that we operate under ‘the Westminster System’. The truth is quite different. Britain was not a democracy. It had a form of representative government where power was shared by the monarchy, the hereditary aristocracy and the landed gentry. In 1788 about 5% of the population was enfranchised. Democracy in both the political and social sense evolved far more quickly in the Australian colonies particularly when they established their own parliaments in the middle of the C19th. It was Australia which led the way at least a generation ahead of Britain. With the establishment of the Australian parliament in 1900 the break from the Westminster model was complete with a written constitution and with sovereign authority divided between state and federal governments in a way unthinkable in Britain.

Contemporary Australia is not the wayward step-child of Britain. It was created in our own country by the colonists and their ‘native born’ children. That is the tradition that should be the basis of the establishment of an Australia Day freed from the dark shadows cast by the now discredited British Empire.