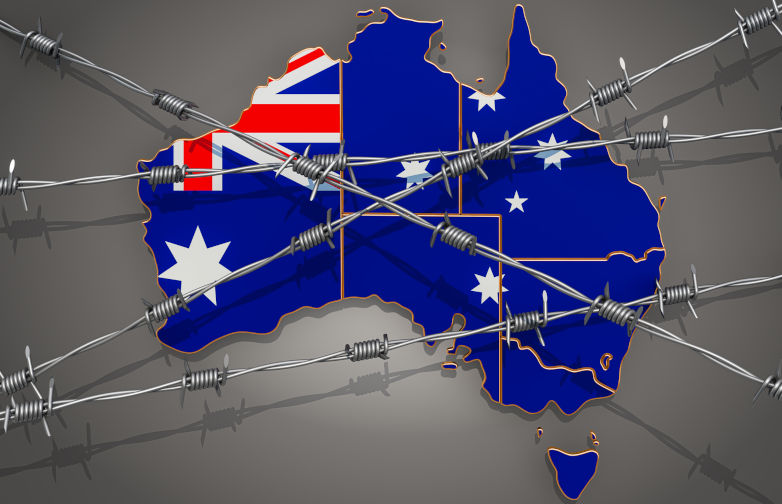 Australia is a party to the United Nations Convention Against Torture. Pursuant to the terms of the Convention, the UN has established a Sub-Committee for the Prevention of Torture (SPT). The Committee’s mandate is to prevent torture, cruel, inhuman or degrading treatment. It pursues that mandate through visits to member states. Member states are obliged to allow the SPT unannounced and unhindered visits to places throughout a country where people are deprived of their liberty. Australia has just refused to permit the Sub-Committee to undertake its mandate here.

What has happened is that the governments of Queensland and New South Wales have denied the SPT access to their places of detention. Each has also refused to provide the SPT with the documentation it has requested.

“This is a clear breach of (the international convention). It is deeply regrettable that the limited understanding of the SPT’s mandate and the lack of co-operation stemming from internal disagreements, especially with respect to the States of Queensland and New South Wales has ended in impasse. It is concerning that four years after it ratified the Optional Protocol to the Convention Against Torture (OPCAT), it appears that Australia has done little to ensure consistent implementation of OPCAT obligation across the country.”

This is a significant international embarrassment. The measure of the embarrassment may be assessed when one considers that in the five years of the SPT’s work, only three other national visits have been suspended or terminated: These have been in Azerbaijan (2014), Ukraine (2016) and Rwanda (2018). This is not normally company with which Australia considers itself identified.

If Australia were to continue to flout its international human rights obligations so flagrantly, it could be placed on the UN’s Article 17 non-compliance list. This list contains a collection of countries whose human rights compliance is viewed with serious concern internationally.

The President of the Australian Human Rights Commission has remarked that ‘this is a very regrettable situation for Australia, both in terms of international standing and the responsibility of Australian authorities to protect people they place in involuntarily held environments.’

Among other reprehensible practices, the UN Rapporteur on Torture has singled out the following as of particular international concern.

In a recent report the UN Special Rapporteur has found Australia, in relation to immigration detention, to have engaged (if not directly in torture) then certainly in cruel, inhuman and degrading treatment. No doubt similar conclusions may be drawn with respect to the detention of children.

Queensland and New South Wales’ defence of their actions have been extraordinarily weak. New South Wales’ Corrections Minister was asked whether the State’s refusal to co-operate reflected its view that the State’s detention facilities would not meet the relevant international standards. He replied that matters of funding and security would first need to be discussed with the Commonwealth Government prior to access being granted.

While NSW’s response had a scintilla of justification, Queensland’s had none. Senior Minister, David Elliott, said that ‘I’m not going to have UN inspectors from Iran, China and Cuba come into Queensland and tell us what we’re doing wrong’. None of these countries were included in the SPT delegation.

The Federal Government’s response was more measured. The Attorney-General, Mark Dreyfus issued a statement. In it, the Attorney said that he regretted the SPTs decision to suspend its visit. It is disappointing, he said, that Queensland and NSW had refused to allow the SPT to visit any state-run places of detention. Access to Commonwealth places of detention were facilitated in all cases.

The suspension of the visit, he continued, ‘does not change the Australian Government’s commitment to promoting and protecting human rights nationally and internationally. It is vital that places of detention maintain the rights of those within their walls.’

The UN Committee against Torture issues its formal report on Australia this week. I will report on its conclusions in Part 2 of this contribution.