Australia is still in Fear of China 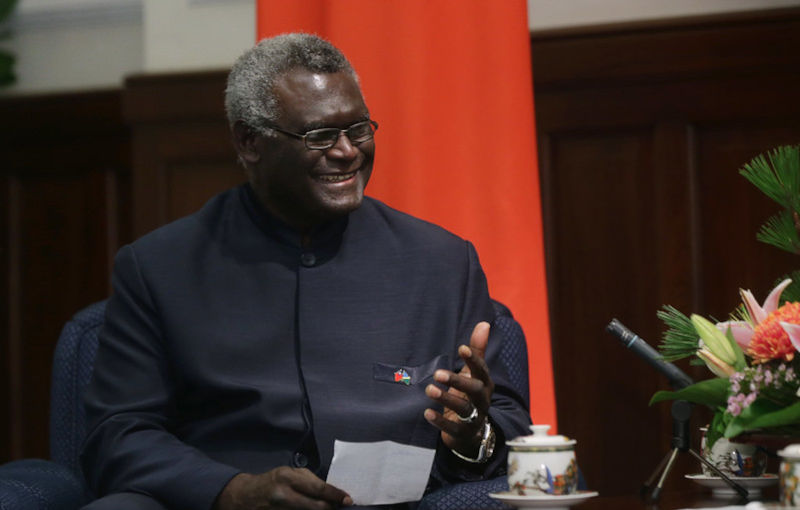 A great deal of the discussion has assumed that a greater presence of China in the South Pacific automatically means a military threat. Image: Flickr

The former eminent Australian diplomat Sir James Plimsoll once described China as “a big fact”. It is big, and it is a fact, and we have to get used to it.

At the time of the Vietnam War Gregory Clark, an Australian diplomat who resigned from government service because he disagreed with Australian policy in regard to the war, wrote a well-received book titled “In Fear of China”. The recent outcry over the Solomons’ agreement with China shows that he could use that title again now.

The text of the signed agreement is not publicly available, but from press reports it seems to enable the government of the Solomons to request para-military help from China, as it has done from Australia, in the event of unrest in the country that it cannot control itself; and to envisage port calls and visits from Chinese vessels for various reasons.

Publicity given to this has led to anxious visits to Honiara by an Australian Minister and officials and a delegation of United States officials, who made ominous if vague remarks on their departure about the Solomons crossing a “red line”, if it allowed China to establish a naval base on its territory. Prime Minister Morrison has since said that the “red line” remarks go for us too, but has also said that Prime Minister Sogavare has assured him that there will be no such naval base. With our election looming the two major political parties have accused each other of negligence in allowing the agreement to occur.

The language used to describe the agreement’s possible consequences by politicians, commentators and the media has been apocalyptic; for example the headline of The Weekend Australian’s “Inquirer” section of April 23-24 reads “China Menace Now On Our Doorstep”, i.e. 2000 kms away. Many commentators speak of the yet-to-be-realised base cutting, or threatening to cut, our vital supply line to the US. (According to at least one observer, Peter Hartcher, not normally regarded as left wing, perhaps we need not worry too much about that; in the SMH of April 23 he wrote, in a matter-of-fact way, that “our greatest ally, the US, is subject to whimsical changes in attitude to its allies and is therefore unreliable”.)

Of course there are aspects of China’s regional behaviour that are worrying, but there are some background points to the current situation that also need to be borne in mind. The first is that China has already become a very great power, if not a super-power, and such powers typically seek to expand their influence, using the array of tools available to such a state.

Secondly, it has not just come to the South Pacific. There is a considerable background of competition between China and Taiwan for recognition (and votes in international organisations) by the island states, which brought into play by both parties the economic and soft power tools no doubt used by China in the Solomons. There has also been a substantial Chinese population in a number of South Pacific countries, where they have flourished because of their commercial energy and acumen. But that has also, including in recent times, led to serious rioting against “Chinatowns”, sufficiently serious for China to send aircraft to evacuate ethnic Chinese to safety.

So the South Pacific is not solely our “backyard”, or “family”, as our politicians now claim, but an area in which different countries have interests, and can be in competition with each other. And we have not always been as interested in it, or done as well there, as we might have. Looking back say 30 years New Zealanders involved with the South Pacific would have said that we had very little idea of the area, or influence there. And while things have improved since then recent governmental decisions to close Radio Australia broadcasts to the region, to substantially reduce aid, including to the Solomons, and to stand against Pacific views on climate change, for example, have been widely criticised as sending a message very different from what we say we want to convey.

So there is plenty for us to do to lift our game in the South Pacific, if we want to be the “partner of choice” we aspire to.

There is another aspect to this furore, however. A great deal of the discussion has assumed that a greater presence of China in the South Pacific automatically means a military threat, to be combatted by our acquiring a great deal of new and more capable weaponry, and intensifying our military enmeshment with the United States (and, for example, ensuring that our supply links with the US are not cut by a Chinese “base”).

There are two things to be said about that. One is that there is something in the adage, “treat someone as an enemy and he’ll become one”. The other is that the Australian and US positions in regard to China are different, despite the statements of many politicians and commentators. We both want a peaceful, prosperous and stable Asia-Pacific. But the US, in its existential fear of China’s rise and competition in many fields—economic, technological, political, military—also requires that it be predominant in it. That’s not a requirement for us, although we certainly want the US to maintain an influential presence. What we don’t want is a US-China war in the Pacific, into which we would probably be drawn. And there are some particular worrying signs at present, including provocative US Congressional visits to Taiwan, and some of the language in the documents that have emerged from recent Australia-US bilateral meetings, with references to cooperation in “high-end war-fighting”.

So where do we end up? Let’s try “alert but not alarmed”. We can do more with our South Pacific neighbours, and we should, and we should strengthen our very inadequate defence capacity, but let’s not be stampeded by this unexpected development into making war with China more, not less, thinkable. The former eminent Australian diplomat Sir James Plimsoll once described China as “a big fact”. It is big, and it is a fact, and we have to get used to it.