Australia Is Supporting the Oppression of Tamils in Sri Lanka

By Jacobin
May 26, 2021
The International Truth and Justice Project has documented many cases of torture committed by Sri Lankan police, often involving sexual violence. This draconian treatment is enshrined in laws such as the 1979 Prevention of Terrorism Act, which allows authorities to arrest suspects without a warrant and permits detention for up to eighteen months without pretrial.
Despite overwhelming evidence that they continue to face persecution, Eelam Tamils seeking asylum in Australia face some of the lowest acceptance rates. The Australian authorities have deported many to danger. As Shanmuganathan Nagaveeran, a Tamil refugee in Australia, recently recounted:

I know of Tamils who have been deported from Australia back to Sri Lanka. They are in hiding and are still in fear of their lives. They are not free.

To justify the refoulement of refugees, the Australian government claims that any abuses against Tamil civilians took place as part of a legitimate struggle against a terrorist organization and are now firmly in the past. As then prime minister Tony Abbott remarked in 2013:

Obviously the Australian Government deplores any use of torture. . . . But we accept that sometimes in difficult circumstances, difficult things happen.

In 2019, to justify the deportation of a Tamil family from Biolela, Defence Minister Peter Dutton claimed:

The civil war in Sri Lanka is now over and Tamils from around the world have returned to their country and have been accepted back by a democratically elected inclusive Government.

The Left must reject this cynical cover-up and stand in solidarity with Eelam Tamils, recognizing both the genocide committed against them and their right to self-determination. In Australia, this means fighting the deportation of Eelam Tamils to Sri Lanka, freeing all refugees in onshore and offshore detention, and demanding an end to all military aid to the Sri Lankan state.

This is an extract from an article published in Jacobin on the 14th of May, 2020. 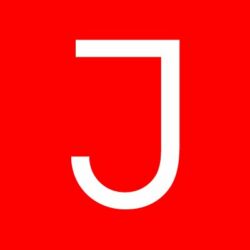