Australia must re-assert its stand on harm minimisation drug policies 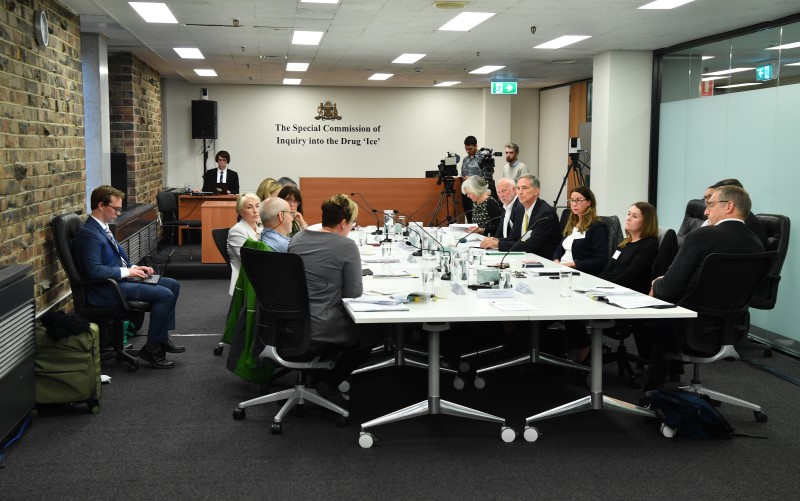 The 2019 NSW ice inquiry recommended the removal of the criminal offence of use and possession for personal use of prohibited drugs. (Image: AAP/Joel Carrett)

Is it possible for prohibition and law enforcement to compete against the ubiquitous and increasing use of mind-altering drugs?

Opiates, cannabis, and other nostrums have been used for millennia. Great poetry, Coleridge’s Kubla Khan, and by the romantic poets, were written in under the influence of opium. Laudanum (tincture of opium) was a favourite stimulant, anxiolytic, and settler of stomachs — even for young children — for the middle class in the 19th century.

As a young doctor, drugs were not part of our world. Alcohol injuries, motor accidents and intoxication were the currency of the emergency department. There was whispering of the anaesthetist injecting pethidine and the psychiatrists using LSD to treat mental illness.

At the Wayside Chapel in the early ’70s, drugs emerged into my consciousness. The generation of the ‘beat poets’, R&R service personnel from Vietnam, the musicals Jesus Christ Super Star and Hairand the Hari Krishna, had reached Kings Cross. From then on, drug problems, have burgeoned to levels never seen before.

Medical school had not equipped any of us for such a cultural change and its epidemics. Medicine had no answers; much that we were taught was wrong. In any case, it was a police problem. Society had decided drugs of addiction should be prohibited. But to the credit of Australian medicine, the prohibition of heroin was initially opposed, but then the profession gave way.

A start was made to understand drug problems as matters for public health when the Senate Standing Committee on Social Welfare chaired by Peter Baume released its report, “Drug Problems in Australia – an Intoxicated Society?” The report said all psychoactive substances — including alcohol and tobacco — were part of the drug problem and prohibition was not the solution.

But the ethos of prohibition and the irresistible economics of the drug market lived on.

In November, Tim O’Connor said our approach to drugs was insane as the capability of the police force was outstripped by organised crime; he should know, as he was the retired as head of criminal investigation in the NSW Crime Commission. Mick Palmer, former AFP chief commissioner, has written in Pearls and Irritations, “we can’t arrest and imprison our way” out of the current predicament. O’Connor’s view is that the drug problem is a health issue, and he said he would start by educating children. He also advocated legislation to identify the actual owners of drug syndicates rather than the present labyrinthine structures that bury ownership and hide money laundering.

Some years ago, I visited a Thai prison where there were hundreds of women prisoners. Amphetamine offenders in one group, heroin, in another. Each distinguished by coloured prison garb. They were low-level offenders who should never have been incarcerated. They were victims, not perpetrators. Such mass incarceration is an outcome of prohibition policies which affect women disproportionately, fuel epidemics of HIV/AIDS, hepatitis B and C and TB, all rife in Thailand at that time.

Prohibition leads to abuse of human rights, extrajudicial killings, and the death penalty in many countries. There is corruption, and justice is denied. The welfare of those who bear the consequences is neglected and the values of public health subverted. Prohibition simply can’t keep up with the everchanging quest for mind-altering substances. What is more, the dangers of tobacco and alcohol are excluded.

Geoff Gallop wrote in Pearls and Irritations “that an attraction to mind-altering substances is a powerful part of human nature, sometimes to seek pleasure — even enlightenment — and sometimes to manage moods and avoid pain.”

It is not as if mankind is unfamiliar with mind-altering substances. The earliest written record is in the Ebers Papyrus 1552 BCE, “The goddess Isis gave the juice of the poppy to Ra, the sun god, to treat his headache.”

In the ‘Doors of Perception’, Aldous Huxley describes the experience of timelessness from mescaline, “the most extraordinary and significant experience available to human beings”. Sigmund Freud used cocaine for its physical effects but wrote about the euphoria of feeling normal and separate from his anxieties. Allen Ginsberg desired the kind of consciousness he had had when reading the poetry of Blake. Jack Kerouac used drugs to rebel against social conventions and for artistic insight. RD Laing, the controversial psychiatrist of the 60s, took LSD with Sean Connery (of Goldfinger fame), to “expand their minds” and help Connery deal with the pressures of celebrity.

But in the 1970s, the perceived dangers and corrosive effects of the psychedelics led to the control of these agents through psychotropic substance legislation, and medical use and experimentation went into abeyance. Nevertheless, mind-altering drugs continued to pervade the lives of popular musicians, songwriters, and performers.

The psychedelics are again being feted as a door to a different world of experience, relief, transcendence — a reboot of the psyche — but with risks. (Lysergic acid [“acid’], psilocybin [“magic mushrooms’], mescaline [“cactus”, “mescal”], MDMA [“ecstasy”], phencyclidine [“angel dust”] and ketamine.) And psychiatrists and addiction specialists are exploring, under strictly controlled therapeutic conditions, these agents to enhance the psychotherapy of mental illness and addiction.

In Western countries surveys of well-being show that anxiety, social anxiety, and depression are increasing and there are similar trends in other nations exposed to Western influences. The bombardment of media events, attractions, and distractions from relationships, the pressure to consume and to be admired, creates an ennui from which drugs offer an escape.

At the other end of the spectrum of drug use are those who present for treatment in public programs. For them the world is an unfriendly, cruel place as life has dealt them much harm. Love was not part of their childhood. Where are relationships to be found? Who will treat me as a friend, at least acknowledge my existence? Talk to me, listen to me?

The psychotically mentally ill want drugs to block out intrusive thoughts and visions, depressed people seek mood enhancement, and anxious people to have their fears quelled. Drug use becomes a way of resetting a frightening and harmful reality. A way of blocking out meaningless and despair. Where lives have no meaning and are rejected, addiction flourishes.

The phenomenon of addiction is surrounded by mystery, romanticism, ill-founded ideas, and prejudice. A drug can’t suddenly turn on addiction like a switch. It takes time, months, sometimes years of exposure to develop: it takes time to recover, much time. It is hard to beat.

In the final analysis drug use and addiction is driven by the demand for altered states of being, either for positive reasons, or as the least best option for a lousy life and disordered mind.

What then can police, courts and prisons offer in this environment of experimentation, mental liberation, despair, tortured lives, and alternative realities. Nothing but fear. Fear of imprisonment, sanctions, and death. It may deter the drivers of supply and trafficking, but not all. Wealth at the top end, poverty at the other — can over-ride fear and the risks of apprehension. And the ‘drug mules’ are dispensable and easily replaced.

As William Burroughs said, “When there are no more addicts to buy junk there will be no junk traffic. As long as the junk need exists, someone will service it.”

Australia started to get it right in the 1980s when there was shift from endless judicial inquiries towards harm minimisation for drug use. Law enforcement, health and education began to cooperate with shared principles, but, as Gallop wrote, commitment to these principles has waned in the last decade.

Australia needs to re-assert its stand on harm minimisation — demand reduction, supply reduction and harm reduction — aiming to prevent and manage drug problems where they occur, in the communities, in the families, and in the places where people live and work. The NSW Special Commission of Inquiry into the Drug Ice made recommendations along these lines.