Australia re-joins majority international position on the status of Jerusalem 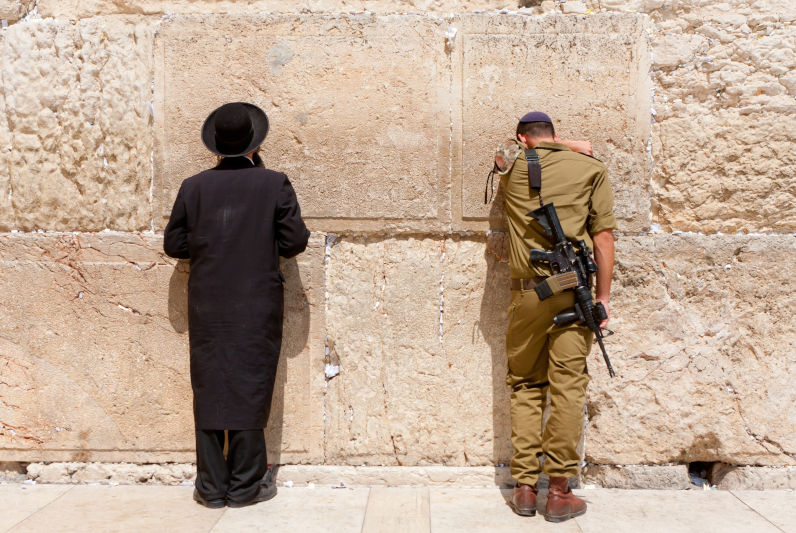 In reversing the recognition of West Jerusalem as Israel’s capital the Albanese government has re-joined the majority international position which insists the status of Jerusalem can only be resolved in a final peace agreement between the two parties.

The Albanese government has reversed the recognition of West Jerusalem as Israel’s capital. Israeli and Palestinian citizens reside in territories that are disputed. Since 1948 it has been an accepted international position that the two peoples should ultimately coexist in peace and security within internationally recognised borders. In the meantime, the only borders to receive tentative recognition are the borders of 1967 which recognise 22% of the historic land of ‘Palestine’ as Palestinian Territory, including East Jerusalem.

The Albanese government has enabled Australia to re-join the majority international position which insists the status of Jerusalem can only be resolved in a final peace agreement between the two parties. Taking this step has been urgent, for in recent years the Israeli government has insisted the whole of Jerusalem to be its ʹeternal and undivided capitalʹ. Indeed, on Zionist websites any country that recognises West Jerusalem as Israel’s capital is assumed to be recognising the whole of Jerusalem as its capital. These lists have included Australia, even in Morrison’s time a manifestly false position.

Criticism of the Albanese government by the Israeli government is both predictable and duplicitous. The reason why no final solution has been achieved is because Israel has no intention of allowing the formation of an autonomous Palestinian State. This has been confirmed in statements by all recent Prime Ministers, Netanyahu, Bennett, Gantz and Lapid. Daily more and more Palestinian land is forcibly resumed by the Israeli government. The denial of human rights to the Palestinian people is brazen and cruel. In turn, the Palestinian people are expected to turn the other cheek and live as if the loss of their land, their rights and freedoms is entirely ok with them. Of course, it is not ok, and never can be ok. No country that honours and observes international human rights should be giving Israel any comfort on its manifestly unjust, and frankly apartheid terms.

The public may be unaware that more Australian politicians visit Israel than any other country in the world. Why? Clearly not because of its strategic importance to Australia compared with Indonesia, multiple countries in Asia and Europe etc. It is because of a strident Zionist driven programme of exposing Australian political leadership to an Israeli political narrative. Perhaps Israel may be currently feeling their investment has not yielded what it should!

Criticism from the Dutton opposition is as predictable as it is pathetic. The Albanese government has not made a sudden pre-emptive political strike. This was made by Morrison. The move to recognise West Jerusalem was entirely political, both by the US and by Australia. Trump’s decision was motivated by his own domestic politics and his need to please his evangelical right-wing base. It had nothing to do with forwarding the cause of peace. When he opened his new embassy he invited Robert Jeffreys, an evangelical fundamentalist pastor to speak and bless it, a pastor who declared God had decided the Israeli capital 3000 years ago. Here, Morrison’s decision may well have been influenced by his own conservative evangelical beliefs, but it certainly was motivated by Dave Sharma’s need to win the seat of Wentworth.

If Penny Wong and the government have made an error, it is in their timing. The change was made public on the Jewish festival of Simchat Torah, the last day of Sukkot the festival of Booths or Tabernacles. It is a joyous day of celebration, especially for children and marks the end of one annual cycle of readings from the Torah and the commencement of another.

Serendipitously this invites another insight. The late UK Rabbi, Lord Jonathan Sacks, pointed out the torah, the first five books of Hebrew scriptures contain two covenants: one specific, the Abrahamic covenant; and one universal, the covenant with all living following the creation narrative of the flood. He pointed out that any specific covenant we may feel God has made with us, be we Jewish, Christian, Muslim or any other religion, must always be understood in consideration of the universal covenant.

The Balfour declaration of 1917, which promised a Jewish homeland in Palestine, as odious and presumptive as it certainly was, at least contained the following: “it being clearly understood that nothing shall be done which may prejudice the civil and religious rights of existing non-Jewish communities in Palestine“.

The strategy of the Israeli government, which is not the same as a strategy of Jewish people, assumes a religious history, but ignores the insight of Rabbi Lord Sacks. This strategy assumes specialness for itself regardless of the affect it has on others and ignores the reality that whatever specialness any of us might assume personally, or nationally, is always conditional and restricted by the rights and specialness of others.

George Browning was Anglican Bishop of Canberra Goulburn 1993 – 2008 and is President of the Australia Palestine Advocacy Network.