Australia Should Back Covid-19 Waiver of Intellectual Property Rules

Prime Minister Scott Morrison’s government told Senate Estimates in June that Australia is not opposed to negotiation of the TRIPS waiver, but has not yet made a decision to support it.

Right now, half of Australia’s population – more than 13 million people – are living under a hard lockdown after a growing outbreak of the Delta coronavirus strain that began in Sydney in June. The strict stay at home measures come amid a shortage in vaccine supply and a botched rollout that has left Australia largely unvaccinated, with only 12 percent of the population fully immunized, one of the lowest rates among developed countries.

When a wealthy country like Australia can’t secure enough vaccine supply, it is clear that global vaccine production and licensing arrangements are far from meeting the world’s needs.

In May, the United States announced its support for a waiver of the TRIPS agreement, the World Trade Organization’s intellectual property rules for Covid-19 vaccines and other health products to enable quicker and fairer access for low-income countries. In October 2020, India and South Africa proposed to waive TRIPS rules for Covid-19 vaccines until widespread vaccination is in place globally.

Despite initially welcoming the US decision, Australia has since gone quiet. Prime Minister Scott Morrison’s government told Senate Estimates in June that Australia is not opposed to negotiation of the TRIPS waiver, but has not yet made a decision to support it.

This raises concerns about whether pharmaceutical companies are putting pressure on Canberra, as they have done in Europe, and what the European Commission, which has also not supported the waiver, is asking of Australian Trade Minister Dan Tehan behind closed doors.

The global vaccine shortage is an urgent crisis. Australia’s neighbors are currently experiencing even greater hardships. Indonesia and Thailand have record death rates as the Delta variant hits their largely unvaccinated populations. People are dying in their homes, without access to medical care, as critical care beds across Asia are filling up fast.

The Morrison government’s continuing silence begs the question as to what more would be needed for the government to publicly support a TRIPS waiver. A recent poll showed most Australians support a temporary waiver.

Life-saving vaccines have become crucial in the fight against the Covid-19 pandemic. The Australian government should play a leadership role and support all measures that will help expand their production around the globe. 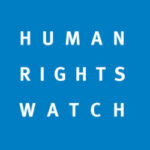