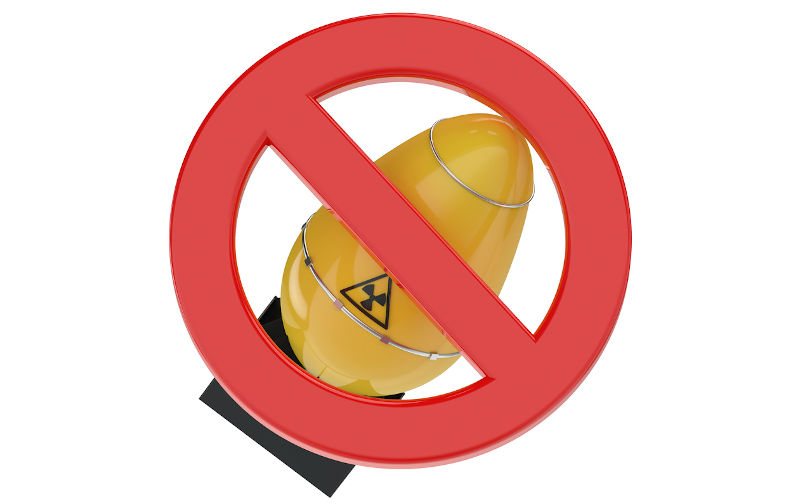 Australia needs to show leadership in the area of nuclear disarmament, and of more immediate importance, (like, ‘….could happen next week’), of nuclear risk reduction.

Under the Morrison government, the leadership on this issue of the previous labour government largely dissipated and Australia not only became a follower, but a most reluctant one. The new government will have to prioritise the issue and give it consistent effort if it is to make up ground. There are real opportunities for Australia to make a difference on nuclear risk reduction, No First Use, and the stigmatisation of nuclear weapons use in Eastern Europe, an all too real possibility these days.

Australia has already done the right thing by sending an observer to the first meeting of states parties to the Treaty for the Prohibition of Nuclear Weapons.(TPNW)

This is a good beginning, but it shouldn’t stop there.

And in the meantime, the prospect of nuclear war is if anything more real and more pressing than it has ever been.

Mr Putin has made continual threats to reduce various neighbouring countries to Russia to ‘ash’, while his supporters on Russian state TV have even suggested that, should buttons get pressed, Russians would all ‘go to heaven’ while the rest of us would go elsewhere. Others have suggested he might be going to the ‘elsewhere’.

More soberly, analyst after analyst has suggested that if Russia were indeed to make use of nuclear weapons it would start with its ample arsenal of tactical nuclear weapons, many of which are stored on Iskander missiles in Kaliningrad, an exclave of Russia surrounded by Poland and Estonia.

ANY nuclear weapons use whatsoever would be illegal, and any threat of their use is likewise illegal. This is not only so under the TPNW, but also under any but the most skewed possible interpretation of the laws of armed conflict and the UN charter.

Such nuclear weapons use would of course be likely to escalate uncontrollably to complete global thermonuclear war in which Australia would inevitably also be involved via our joint facilities at Pine Gap and NW Cape. Tactical nuclear weapons use in eastern Europe isn’t merely something that takes place ‘over there’. It has direct implications for Australian security.

The UN has on a number of occasions adopted resolutions that underline the illegality of use or threat of use of nuclear weapons.

Australia, should it sponsor such a resolution in First Committee this coming October, would be assured of a massive majority of votes on the floor of the UN General Assembly.

Penny Wong has been urged to do just this, in a memo supported and co – written by a coalition of high profile and distinguished disarmament groups including the Global Security Institute, the World Future Council, Abolition 2000, the Basel Peace Office and Australia’s People for Nuclear Disarmament. (PND)

Foreign Minister Penny Wong, should she decide to do this, would help reestablish the leadership Australia once had in nuclear disarmament matters. More importantly, she would be making the unthinkable less likely to actually take place.

Because right now the ‘unthinkable’ has become all too thinkable.