Australia should stop blocking international justice in Israel and Palestine

The International Criminal Court last week handed down a historic ruling confirming that the court’s prosecutor has the power to investigate war crimes and crimes against humanity in Palestine.

After half a century of impunity since the Israeli occupation began, the ICC decision finally offers some real hope for justice, as crimes in the West Bank and Gaza Strip may now to be subject to a formal probe.

So it was alarming to hear Australia’s Foreign Minister Marise Payne slam the ICC’s decision, saying that Australia “does not recognize a State of Palestine”, has “deep concerns” with the ruling, and that the ICC “should not exercise jurisdiction in this matter”. While several other states also signalled their disagreement on the merits of this ruling, no other country to date has explicitly said the court should not exercise jurisdiction in this case.

Australia, a member of the ICC, was among seven countries that intervened in the court proceedings to argue that the ICC did not have jurisdiction over the situation in Palestine.

The panel of judges invited written submissions while they considered the issue, but ultimately held that the court’s jurisdiction does extend to Gaza and the West Bank, including East Jerusalem. The UN General Assembly recognized Palestine as a state. As a result, the court’s pretrial chamber ruled that Palestine’s accession to the ICC treaty confers jurisdiction to the court for crimes committed on its territory.

Australia regularly supports and defends Israel’s actions on the international stage. But an ICC probe is not about taking sides in a political conflict. It’s about ensuring that perpetrators of serious international crimes, both Israeli and Palestinian, answer for their actions at a fair trial. As a court of last resort, the ICC has a critical role to play in situations like Palestine where the path to domestic justice is closed and impunity is the norm.

Recently, Australia has spoken out on human rights abuses across Asia, calling attention to China’s mass abuses in Xinjiang, human rights violations in Hong Kong, and the military coup in Myanmar.

If Australia wants to be a credible voice on human rights, it should speak out wherever abuses occur and respect the ICC’s decisions. It should be consistent in its support for justice, accountability, and the rule of law regardless of the context.

Instead of undermining the ICC, Australia should voice its support for the court, protect its independence, and stop trying to block a Palestine investigation. 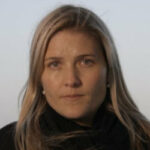