The Centre for Policy Development (CPD) is calling on the Australian government to accept 20,000 Afghan refugees in addition to its normal humanitarian resettlement intake.

The events in Afghanistan over the past week have left many of us sick in the stomach. Australia cannot escape its responsibilities to Afghanistan and the Afghan diaspora in Australian communities. Our role in the war in Afghanistan and the subsequent Allied occupation elevates the duty we owe to those now fearing persecution. What’s more, Australia’s strong settlement services system, our long and proud history of refugee resettlement, and our broader responsibilities across the Indo Pacific region mean that Australia is uniquely placed to contribute positively to what comes next. There are three main steps Australia should prioritise now:

First, Australia should boost its humanitarian intake by 20,000. We welcome the Commonwealth Government’s decision to provide visas for those Afghans who were Locally Engaged Employees. We also note the Prime Minister’s commitment to provide “around 3,000” humanitarian visas to Afghan nationals over the next year. Australia can do much more to assist those most at risk and uphold the efforts of our soldiers who served in Afghanistan. We stepped up in 2015 and took an additional 12,000 humanitarian migrants from Syria and Iraq. We need to do more after Australia’s longest war — we have been there for 20 years. We propose these places are on top of the humanitarian intake already planned for 2021/22 so as not to disadvantage other refugees awaiting resettlement. Australia can use its experience with Special Assistance Category Visas and Orderly Departure Arrangements. We know some groups are particularly at risk and should be prioritised: including women and girls, members of the LGBTI community, human rights defenders, those who have worked with international forces or organisations, and unaccompanied minors. This would put us in good company: our close allies Canada and the UK have already announced they will each take an additional 20,000 Afghan citizens at risk.

Second, Australia knows how to settle people well and this special intake is in our national interest. CPD’s Settling Better report and Blueprint for Regional and Community Job Deals outline concrete steps that can be taken to ensure these new arrivals can rebuild their lives, contribute to their new communities and grow Australia’s economy. Recent reforms to settlement and employment services and the prospect of a new Community Sponsorship Program will enable Australia to do this even more successfully. The Commonwealth Government can work directly with state and local governments and interested communities to enable sponsored refugees to settle in key locations. This can help to address critical labour shortages and boost Australia’s COVID recovery. The Afghan diaspora already make a marvellous contribution to Australia and should be closely consulted along with other refugee-led organisations as part of the Government’s response.

Third, Australia also has a critical role to play alongside partners in the region. Significant displacement from Afghanistan is likely over the coming weeks and months. The Asia Dialogue on Forced Migration, which CPD co-convenes, warned about this in June. As a Co-Chair of the Bali Process on People Smuggling, Trafficking in Persons and Related Transnational Crime, Australia is uniquely placed to work with Indonesia and others in the region to make sure there is a regional approach to resettlement of Afghan people impacted by the conflict. Through the Bali Process, Australia can also help to strengthen the region’s capacity to plan for and respond to further displacement, working closely with regional partners, international organisations and local and refugee-led organisations. Ahead of the 20th anniversary of the Bali Process in 2022, the twin crises in Afghanistan and Myanmar demonstrate the vital importance of an active and engaged Bali Process.

CPD’s staff and directors urge the Commonwealth Government to consider what is at stake here for the Afghan people, Australia’s legacy in Afghanistan, and ongoing regional stability. We are mindful that CPD’s founding Chairperson, John Menadue AO, and other CPD fellows, played key roles in designing special humanitarian intakes for Australia after other periods of war and conflict. History and duty demand Australia does so again. 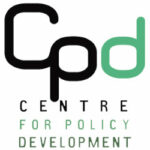 Centre for Policy Development is a leading independent public policy think tank. It was established in 2007 as an institute for long-term policy development, in an effort to counteract the focus on short-term fixes and political gains in Australian policy making. Its motto is to embrace ‘the long-term now’.