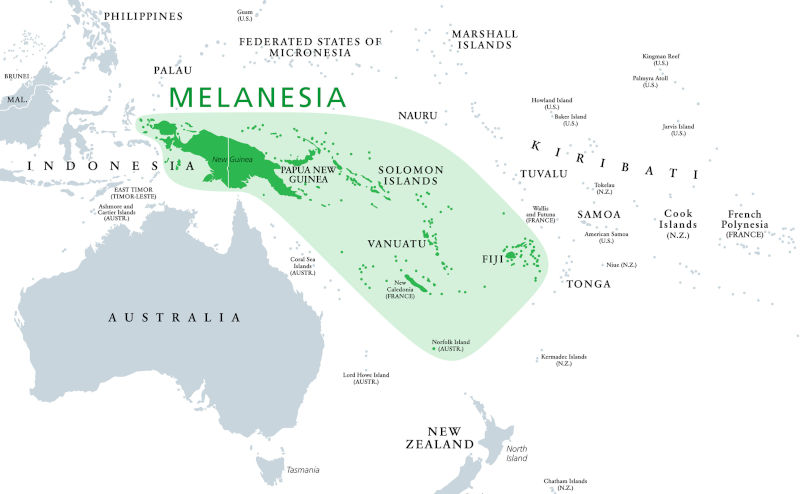 It’s time to take a closer look at how the origins of Australia’s relationship with its three island territories is structured by past centuries of colonialism.

Gerard Prinsen of Massey University in New Zealand says that, depending on definitions, there are between 42 and 60 non-sovereign island territories across the globe that remain in some form of constitutional relationships with seven metropolitan powers (“metropoles”) whose origins lie in past centuries of colonialism. Most of these micro-states have limited resources and populations and if offered the choice would be unlikely to choose full decolonisation and to become independent, sovereign nations.

In alphabetical order, the relevant metropoles are Australia, Denmark, France, Great Britain, Netherlands, New Zealand and the United States. Most offer their island territories varying levels of autonomy, but of all of those advanced democracies, Australia stands out in its high-handed treatment of its three main external island territories (Christmas Island, Cocos/Keeling Islands and Norfolk Island) as if they were 19th Century-style colonies. This is particularly true in the distressing case of the demeaning treatment of the proud citizens of Norfolk Island, with which I am most familiar after living and working there for almost seven years. Reportedly, residents of the other two “colonies” in the Indian Ocean Territories have experienced similar condescension and repression of their democratic rights. So let’s consider Norfolk Island as a case study in how Australia treats its offshore territories.

Norfolk has a fascinating and well-recorded history. In fact, for a small island (37 square km) some 1,300 km from the mainland with a permanent population of less than 3,000, it is perhaps the most heavily researched and documented community in Australia. Its first human settlement was by Polynesians, who established a village at Emily Bay around 700 years ago and remained for several generations. Captain Cook visited there in 1774 and the British established a convict and farming settlement with the First Fleet in 1788, six weeks after the colony at Sydney Cove. That settlement was abandoned in 1813, with only a handful of settlers remaining to discourage other European colonial powers from seizing the island.

From 1825 to 1855 a new and brutal penal colony was established, but with the end of convict transportation in 1856 Queen Victoria agreed to resettle 194 descendants of the Bounty Mutiny (who had accepted Christianity) to Norfolk from Pitcairn Island. These settlers came with their own distinct language and cultural values and their descendants now regard themselves as the rightful owners of Norfolk Island, believing that the Queen had gifted it to them in perpetuity with freedom to live “without punitive taxes” and that documents proving their case had since been mysteriously destroyed.

The British government handed administration of Norfolk Island to the colony of New South Wales, but with federation this lapsed and it was not until 1914 that the commonwealth took responsibility. Following a Royal Commission, in 1979 Australia granted Norfolk Island limited autonomy, creating a Norfolk Island Legislative Assembly and self-government with a full range of statutory powers covering almost all areas other than defence and foreign affairs. However, it was popularly believed in Canberra that the model of self-government was doomed to fail and that the territory would soon become “normalised” as it had a very limited local revenue base and the commonwealth did not offer any ongoing fiscal support. In fact, it never even fulfilled some promises it made at the time to upgrade facilities including the public hospital and the road network.

Perhaps to the surprise of Canberra bureaucrats, Norfolk Island began to thrive under self-government, with a flourishing tourist industry and a wide range of government services parallel to those on the mainland, but with distinctly local flavour. It developed its own customs, immigration and quarantine systems; implemented island-wide contributory health insurance providing full medical, hospital, dental, aged care, pharmacy and counselling cover; established its own workers compensation scheme; and provided high-quality primary and secondary education, among many others.

The unique Norfolk Island economic structure involved the local government owning and operating business enterprises including telecommunications; electricity supply; liquor wholesaling and retailing; postal and philatelic services; and freight lighterage. Other government revenues came mainly from import duties and licensing fees and there were no income taxes for those permanently resident on the Island. It was not a tax haven for non-residents and those with incomes from Australia or elsewhere were subject to the relevant taxation regimes.

Because of its comparatively low customs duties, until 2001 Norfolk Island benefitted from “duty free” shopping by tourists purchasing “luxury” goods including fashion; clothes and shoes; perfumes and cosmetics; children’s toys; alcohol; and jewellery, which were subject to high sales taxes in Australia and New Zealand.

The tourism and revenue booms came to an end with the implementation of the Australian GST, when sales taxes of up to 32.5% were reduced to 10%. The commonwealth compensated states and mainland territories for losses of revenue, but Norfolk Island was left out in the cold, losing substantial incomes and seeing tourist numbers plunge. This put the Norfolk Island budget under great pressure, which was exacerbated by the Global Financial Crisis in 2008, when many retired travellers forming its key tourism market on fixed incomes saw their assets shrink and were forced to reduce their travel expenditures.

Having crusaded for many years to “normalise” Norfolk Island back to semi-colonial state, Canberra politicians and bureaucrats seized their chance, and after several thwarted attempts managed to repeal the Norfolk Island Act and abolish the Legislative Assembly. Ignoring a referendum conducted under commonwealth approved legislation and with minimal local consultation, they quickly demolished all traces of self-government and established an elected regional council with limited powers and severe revenue restrictions.

Norfolk Islanders were brought under Australian taxation regimes and many services were drastically reduced, especially in health. As well, a vast array of state and federal regulation was imposed and delivery of some government programmes was outsourced first to NSW and then to Queensland. Use of Pitkern (recognised by UNESCO as an endangered language) was dramatically reduced and the commonwealth seized all of the assets of the previous local government, including the business enterprises owned by the Norfolk community. It even went so far as to ban opponents of the unilateral takeover from access to the local radio station.

Given its severe lack of fiscal support, the regional council was soon in financial difficulties (although a local government body under NSW law, it had no access to state grants as did all other councils). This emboldened the then federal minister to abandon any semblance of local democracy, to suspend the council and appoint an administrator for at least three years. The destruction of Norfolk Island democracy was complete – it was to be ruled from desks in Canberra by unelected officials with locals having no vote in their governance, other than a token ability to vote in federal elections in a single ACT electorate where they were vastly outnumbered by voters in a very safe seat.

Two Norfolk Island representative groups – the Council of Elders and Norfolk Island People for Democracy – have petitioned the United Nations Special Committee on Decolonisation, seeking a UN-supervised act of self-determination, as is their democratic right under international law.

In recent weeks, these groups have met with the new Minister for Territories, Kirsty McBain, and there are some green shoots of hope that the commonwealth may be prepared to work towards reintroducing limited democracy for the embattled citizens of Norfolk Island. These steps might also raise the hopes of the permanent residents of the Indian Ocean Territories that they might emerge into post-colonial democratic sunlight. But there is a long way to go, and for now Australia remains the most repressive colonial power in the world in its treatment of island territories. 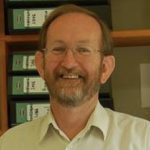 Peter Maywald worked in senior commonwealth and state administrative positions (Ombudsman and human rights) for over 15 years and was Secretary to the Government of Norfolk Island for 7 years.