Australian aged care is a crisis waiting to happen

Providers know they are in the box seat and that they can, and do, operate sub-standard homes. Bad homes cannot be closed – imagine the furore if older people were suddenly evicted from a home that does not measure up.

The need is there, and it is going to be enormous, but governments are not responding adequately.  Because we are ageing as a society, young medical graduates in hospitals are treating an older cohort than did previous generations of interns.  What is threatening is outside the electoral cycle and the main pre-occupation of too many politicians is to get themselves re-elected – they ignore the future even when they know it is inevitable.

Where are these older people to live?  Some will continue to live in their homes,  in which they raised children, sometimes with help, but some will have to go into aged residential care.

We have a society where people no longer try to keep the elderly with them. People now live in smaller houses without space for another generation.  They might not even live in the same district as the elderly. If the elderly do remain with children, they are in loving families, there is good inter-generational mix, and the experience of life that the elderly bring is valuable.

Many economically less developed societies continue to do this.  It is possible for some people, impossible for many. People do get old and emergencies do happen. Older people do need care and relatives with good intentions often do not know what to do.

Government sanctions are weak.  Providers know  they are in the box seat and that they can, and do, operate sub-standard homes.  Bad homes cannot be closed – imagine the furore if older people were suddenly evicted from a home that did not measure up.  For sanctions to be effective there needs to be a sufficient supply of places and a choice for potential buyers.

We are trying to care for our elderly on the cheap, resulting in poor care. If we want a “Rolls Royce” system, it will be expensive.  But we seem to be ready to spend more on defence than we are willing to spend on the elderly.

Older people want to stay in their own homes. The Australian Government has programs that encourage this. More is needed in this area but the thrust is right.

Catastrophic events such as advanced dementia or a stroke might force any older person to look for residential care.  If capacities diminish significantly, for any person living in their own home, there should be community services and community nurses and community support so they can continue to live, with their help, in their own homes. But if paid helpers are unable to meet their needs, older people might have to go to some residential facility.

If one of an older couple becomes physically or mentally incapable, things have to be ordered differently. The other person has to become a full-time carer. A grandchild, or a student, might have to live with them in a paid capacity.  They might be able to use paid helpers to allow them to continue to live where they have always lived. They might need more money and might need to re-mortgage their home to get that money.  Again, the Commonwealth has programs to allow this to happen.

It is more sensible humane to try to make the competent elderly person safer where they are than it is to move them, almost automatically, into residential care. Having someone move in with them or moving in with family is sometimes better than moving into an institution – sometimes the elderly can contribute to extended families with their wisdom and by contributing to baby-sitting and general home making.

Australian aged care institutions are not working.  People generally do not want to go to there, many residents dislike the institutions to which they are forced to go, there are scandals reported regularly in the papers and on television, and the level of need is increasing fast.  More of the same will produce the same awful results and would merely magnify the problems we have already.

The more desirable alternative is that people remain in their own homes. It would not be a cost-free approach but it would be a cheaper (in the long run), better for the wider community, and more humane approach than the one we have now. 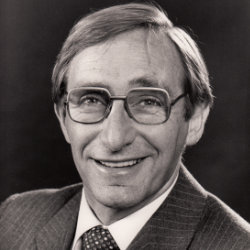