Australian charities are struggling with demand: the Coalition will rue turning its back on them (MWM Aug 22, 2020)

The charity sector is struggling in the face of unprecedented demand from those the Coalition refuses to help. There are now fears that many charities won’t survive. But if they go down, a big chunk of Australia’s social safety net will go with them, as will large numbers of jobs. Julie Macken reports. “I don’t think many Australians understand having nothing … I mean nothing. No food, no money for rent, for Opal cards, for a mobile phone …. that kind of nothing. That’s what I have. That’s what thousands of us have right now. Nothing.”

Robert* is right. I am struggling to understand how he even exists in one of the most expensive cities in the world with no job, no welfare support and no Medicare as the Covid-19 pandemic simmers on the edge of control.

Before the pandemic hit, life was already hard for almost 97,000 asylum seekers living in the community. But some people were able to find work, which enabled the charities to stretch their care far and wide through fundraising and by deploying a small army of volunteers. Not any more.

Now the charities are stretched to breaking point, the often-elderly volunteers have had to stay home and the number of people needing support has grown by more than 200% since the end of March. The work has disappeared and thousands of families are now drowning under the weight of poverty, despair and hopelessness.

Covid-19 is laying bare in brutal fashion the weaknesses and inequalities of Australia’s safety net. They are seen in the exponential rise in food insecurity and hunger, while casework notes routinely include references to hopelessness, self-harm, or suicide.

But it is not only the individual asylum seekers, international students and migrant workers in dire circumstances.

The charitable sector, the last line of support for hundreds of thousands of people in vulnerable situations, is now confronting an unprecedented level of stress that some charities may not survive. And if the sector goes, a big chunk of Australia’s social safety-net will go with it. And then the Coalition will rue the day it turned a blind eye to the pleas of the sector.

Two weeks ago the Prime Minister said: “People can be confident, whatever is occurring, we’ll continue to do what is necessary to support people, particularly with their livelihoods and their families and what they need.”

But the truth is that Robert and the 97,000 others in his position are not included in the Prime Minister’s use of the term “people”. Despite being asked – and then begged – by NGOs and more than 60 senior Catholic leaders and organisations, the Prime Minister appears to have no intention of giving people like Robert support.

The charitable sector employs 1.3 million directly in paid employment – or 10% of the workforce and represents about 8% of Australia’s GDP. A 2017 report by Deloitte Access Economics into most of Australia’s 55,000 charities found their economic contribution to be $129 billion, comprising $71.8 billion direct contribution and a further $57 billion flow-on contribution.

Collectively, the sector is roughly equivalent in size to the retail sector, education and training, or the public administration and safety sector. And this does not include the value of formal volunteering. Formal volunteers are estimated to contribute some 328 million hours that would have cost about $12.8 billion to hire.

In 2017 Civil Voices, an initiative by Pro Bono Australia and the Human Rights Law Centre, found civil society organisations were not only more cautious in their traditional role of advocating for those they served, they were also “self-silencing” out of fear of losing government funding for their critically needed services.

The research examined how public debate and advocacy has evolved over a decade. It found “public debate in Australia is not as healthy as it ought to be in a developed liberal democracy”. The report said:

“Many organisations report that they engage in some form of ‘self-silencing’ – treading very carefully in their advocacy work less they risk financial security and political retribution.”

“Australian civil society needs to be reinvigorated, supported, and encouraged to engage in frank and fearless advocacy. The more the silencing of civil society is normalised the higher the risk becomes to the overall quality of Australian democracy.”

At the very time non-citizens need charitable services to be screaming from the roof tops about their plight – because they are certainly not in any position to do so without risking detention and/ or deportation – the services are acutely aware of their precarious relationship with particularly the Coalition government. Which is why smaller, independent and often, religious charities can be so critical.

“We can say what we like because the federal government gives us nothing,” said Sister Brigid Arthur of the Brigidine Asylum Seekers Project. “Which is why I can tell you, after 20 years of working with asylum seekers, the situation is critical. The whole approach to asylum seekers is a total mess.”

She tells the story of her friend Hamid*, who rang recently to ask about support. “He is a proud man who has worked for seven years. He said, ‘I paid my taxes. I have never needed to ask anyone for money.’ “

Hamid lost his job at the beginning of Covid and expected to get it back recently — only to discover that, with the new restrictions, his employer can’t take him on.

“So we’ve been paying the rent and utilities and giving him a small amount of emergency relief money. He has a wife and three small children and just $25 to his name.”

The problem for Robert, Hamid and the almost 97,000 asylum seekers, international students and those living in Australia undocumented, is the services they will come to rely on progressively are themselves teetering on the brink of insolvency.

Recently David Crosbie, chief executive of the Community Council for Australia told The Saturday Paper, he fears many organisations will be transformed into “zombie charities” within a year or two – “charities that exist, but are no longer able to do their work”.

“I think we’re going to have thousands of zombie charities that have cut their programs, cut their staff, cut their services, cut their infrastructure, [that are] just trying to hang on until they can rebuild.”

If these charities do fail and they are unable to catch the asylum seekers who are falling through the chasm of government neglect it will cost taxpayers.

The Refugee Council of Australia has released a report Covid-19 and humanitarian migrants on temporary visas: assessing the public costs. Its key findings are that excluding refugees and people seeking asylum from financial support could exacerbate the nation’s health and homelessness crises and end up costing taxpayers hundreds of millions of dollars.

Robert dreams of being a social worker as he continues to support members of the African community in Australia. But like all those seeking asylum he waits in limbo for the decision that will determine the rest of his life.

“When the pandemic hit Sydney I lost my job and had very little savings. I had to move out of my house and have moved in with a very kind person who has allowed me and three other blokes to share a room. But I have no money left for food, my phone, or a travel card.”

While he is being fed by the charity Jesuit Refugee Service he needs to get the train to pick up the food donation, which is a constant worry.

Then there’s his wife and children. “I try to have hope but I know I won’t see them for a long time to come. I miss them desperately. They are so alone because, in Sierra Leone, everyone knows the government is watching them so no one goes near them because they are afraid. What is my wife to do with two little ones and no support?”

The Morrison’s government refusal to deal with this issue rationally continues to confound many. Last year there were 100,000 new immigrants to Australia. This year, none. The economics of allowing 97,000 people to enter the workforce, become securely integrated into the Australian community are clear. The 100,000 migrants that will never arrive in 2020 are off-set by the 97,000 people who are desperate to make this country their own.

After two decades of supercharging each electoral cycle with tough-on-border-protection propaganda, many are wondering if the pandemic offers the potential for a reset.

“The boats aren’t coming during this pandemic so there is no need for this punishment as a deterrent any more,” says Sister Arthur.

“Now is the time for every civic and religious leader in the country to call for an act of grace. A grace that recognises everyone living in Australia today needs to be kept safe and fed and housed.”

I suggest she means an amnesty and she says, “No I mean grace. Amnesty suggests they have done something wrong. All they have done is make the mistake of asking us for protection.”

* Not his real name. 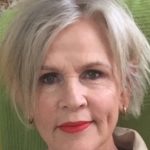 Julie Macken is a former journalist with the Australian Financial Review, political consultant for the ALP and NSW Greens, economic justice campaigner and is currently completing a PhD with Western Sydney University. She works part-time in the Justice and Peace Office, Catholic Archdiocese.