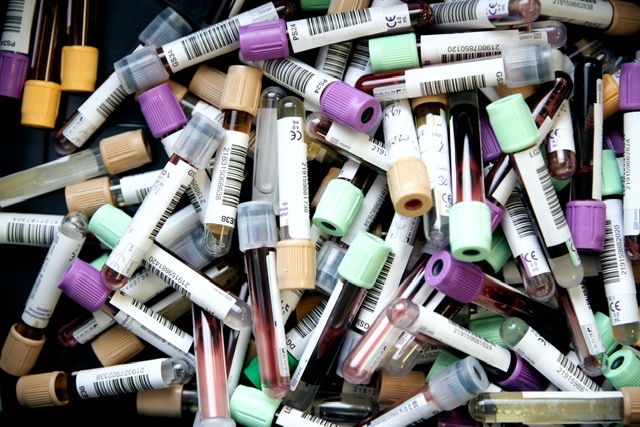 The Government still refuses to apologise and offer financial support to the up to 20,000 victims of the contaminated blood scandal as recommended 17 years ago by a Senate Committee. Labor has acknowledged the “historic injustice” but says it can’t do anything. Is it because CSL, the darling of Australia’s business community, lies at the heart of the scandal?

In the 1980s, blood products manufactured by the then Commonwealth Serum Laboratories and blood collected by the Red Cross blood services infected thousands of Australians with Hepatitis C and HIV/Aids.

Before the true extent of the medical disaster became clear, and just months before CSL’s privatisation, the then Labor government granted Commonwealth Serum Laboratories an indemnity from legal action arising from the contaminated blood.

In Cold Blood: how privatisation of CSL abandoned the victims of Australia’s public health tragedy

Similar incidents in the UK, Ireland, France and Japan led to public inquiries and compensations paid to victims. In the UK, the Health Secretary has just recently admitted his government’s “moral responsibility” for the UK’s contaminated blood scandal of the 1970s and 1980s. But alas, not in Australia.

For 17 years Coalition and Labor governments have refused to implement key recommendations from a 2004 Senate inquiry into the infected blood scandal that would have been life-changing for the victims.

“The Government is just waiting for us all to die.”

Victim Greg Ball no doubt speaks for most of the survivors of one of Australia’s greatest public health scandals. As a result of the negligence of the then government-owned Commonwealth Serum Laboratories and the state Red Cross blood services, between 8,000 and 20,000 Australians were left with the then deadly Hepatitis C and/or HIV/AIDS after being transfused with contaminated blood.

Mr Ball had a successful house painting business but when he started experiencing constant nausea, severe fatigue and night sweats, he had to stop working. He had developed cancer after being treated with Hepatitis C-contaminated blood products. Mr Ball had to sell the family home and now survives on the disability support pension.

The report of the 2004 Senate Committee inquiry “Hepatitis C and the blood supply in Australia” made a number of recommendations, including an apology to the victims; that they be provided with appropriate medical, counselling and welfare services; and that all out-of-pocket expenses be covered, including costs of visits and transport to GPs, prescribed medication, health services including physiotherapy and dental care; and home care and/or home help.

Victims say the lack of financial support to cover out-of-pocket expenses has been devastating. From their limited income victims have been forced to pay for the costs of fighting illnesses they contracted, often as a result of negligence.

As Susanne Walters notes, “it’s an expensive business keeping yourself alive”, even more so for Australians living in rural/regional areas.

In a last resort to treat the Hepatitis C she contracted after an operation in the 1990s, Ms Walters was given compassionate access to a drug trial lasting 26 weeks.

While the drug was free, her transport costs alone to access the treatment, which was only available in a capital city, cost her more than $15,000.

The weekly round trip airfares ($300 plus); the taxi fares to and from the hospital and the airport ($100); the overnight stays in Melbourne ($150 plus); and other doctors’ fees not covered by Medicare ($250 each trip) quickly added up. All costs that should have been covered under the Senate recommendations.

Under the recommendations, out-of-pocket expenses for prescribed medication should also have been covered.

While the Coalition government pats itself on the back for spending $1 billion to put a number of drugs on the Pharmaceutical Benefits Scheme, this simply means that victims aren’t paying top dollar for the drugs that keep them alive.

Which is just as well, because most of them, like Greg Ball, are living on the poverty line as a result of being given contaminated blood. And still he continues to cover his out-of-pocket medical costs and for transport to and from his medical appointments.

Even the provision of home care, as the Senate inquiry recommended, would have made an enormous difference, a point illustrated movingly by Barbara in her Senate submission.

“I could not cope with day-to-day tasks and chores; I was always feeling unwell and was labelled a lazy, unfit wife and mother by my former husband and his family.

The Government also points to the support given by the Commonwealth “through its contributions to state and territory hepatitis C settlement schemes”.

Note the word “settlement”. They are not compensation schemes. If victims take (financially prohibitive) legal action, and win, then the Commonwealth will contribute to the settlement.

In its final report, the 2004 Senate Committee blandly accepted that compensation schemes did exist.

“Compensation schemes exist in the States and Territories for those people who have acquired hepatitis C through the blood supply.”

However, the Committee went on to state that it: “… was unable to ascertain the exact details of each scheme.”

If a Senate committee, with all its powers of evidence gathering, cannot find out the details of a scheme, how does a member of the public find out? Do they exist?

Moreover, as noted in a previous article, the Committee was completely opposed to a compensation scheme for people who had contracted Hepatitis C through blood and blood products.

At the time minimal compensation was available to people who had acquired HIV/Aids as a result of negligence.

The Senate committee, chaired by Labor’s Senator Jan McLucas, decided that extending that compensation scheme to people who had acquired Hepatitis C through blood and blood products was “not in [the victims] best interests”.

The committee found evidence of a time-limited scheme in the ACT, the only state/territory to admit liability for not putting in place a key test that helped identify contaminated blood.

Last month, when appearing before the UK Infected Blood Inquiry, Matt Hancock, the UK Health Secretary, agreed the government had a “moral responsibility” to address the contaminated blood scandal.

He said he also wanted to make sure the victims’ voices were heard.

“I acknowledge the pain and the suffering not only of the initial … errors that led to this harm on people’s lives, but also a sense that redress wasn’t properly considered and that people felt their voices weren’t heard, and I want to make sure those voices are heard.”

In the UK, on average one person is dying every four days from contaminated blood.

Just weeks ago, in an interesting admission, Labor wrote in an email that Australia’s victims had suffered an “historic injustice” but says it can’t do anything.

“Labor and Mark (Butler, shadow health minister) understand the very real and urgent frustration of victims and their supporters … But the Opposition Leader cannot do anything to address this historic injustice,”

wrote the staffer to a victim.

On the contrary, a few things spring to mind:

The silence is deafening for victims, with no political party interested in their plight.

Is it because CSL, the darling of the business community and one of Australia’s first $100 billion company, lies at the heart of the scandal? Is it because the Red Cross blood services, which rely on the goodwill of hundreds of thousands of Australians giving up their time (and blood), don’t want the whole story to come out?

Compare Australia’s abandonment of the people our public health authorities infected with fatal illnesses to the way other countries have made amends to their citizens.

The UK’s Infected Blood Inquiry began in 2017 and hearings are still under way. Financial payments began in 1988 but differed between Scotland and England. They have recently been brought into line. Lump sum payments of £50,000 are paid to Hepatitis C survivors, means tested monthly payments are available to help with general living costs; and up to £900 a year is available to pay for counselling. Bereaved partners receive a £10,000 lump sum and annual payments. Earlier this year, the UK government finally accepted liability for “the worst treatment disaster in the history of the National Health Service” with compensation now also on the table.

Michael West Media put a number of questions to the Greg Hunt and the Health Department. In its 647-word response it failed to answer most of the questions. Some of the key questions were:

The full response from the Department of Health is available here. 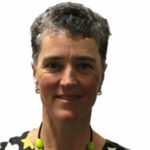